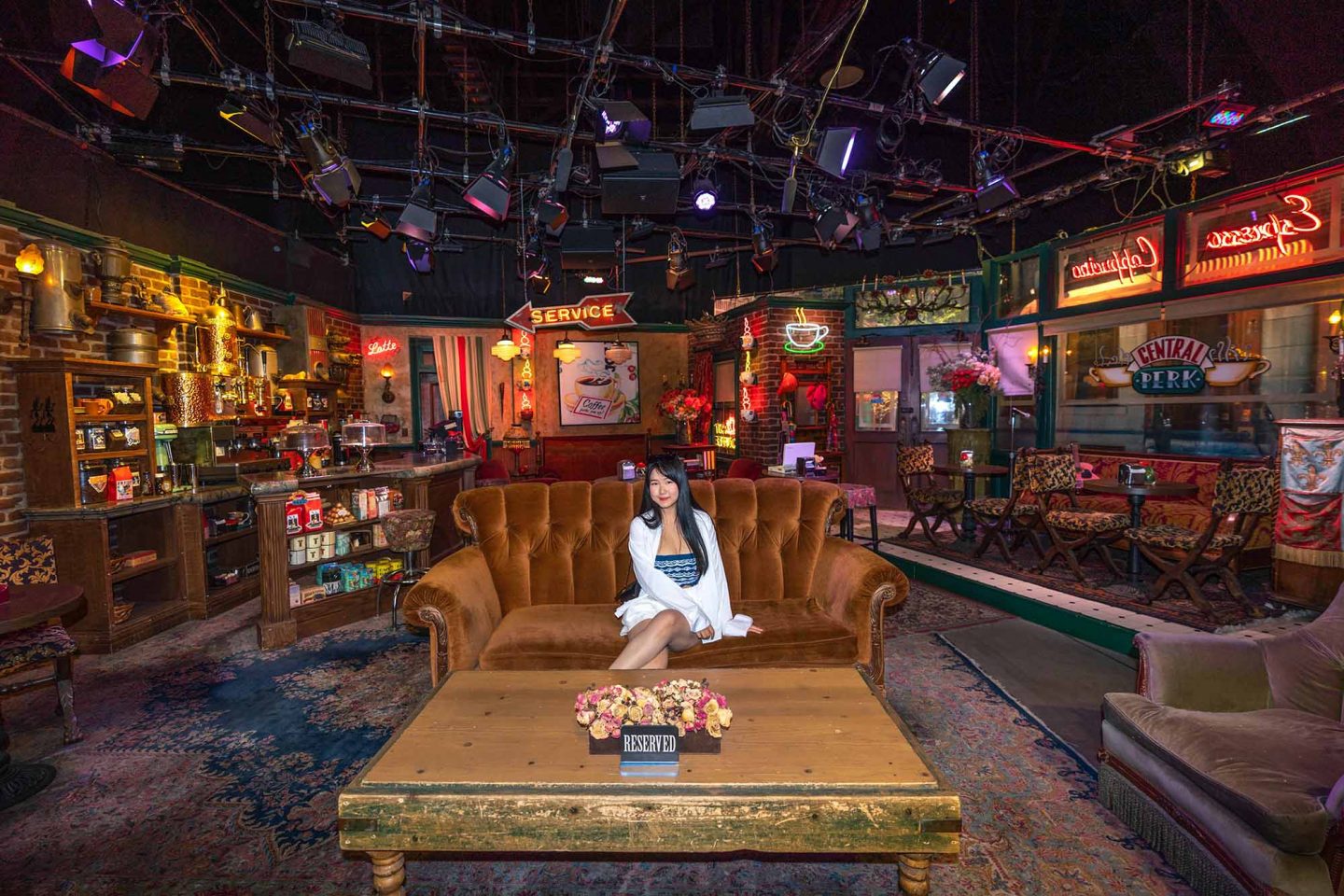 These fun things to do in Burbank, California are sure to captivate your heart whether you’re a film nerd or adrenaline junkie. 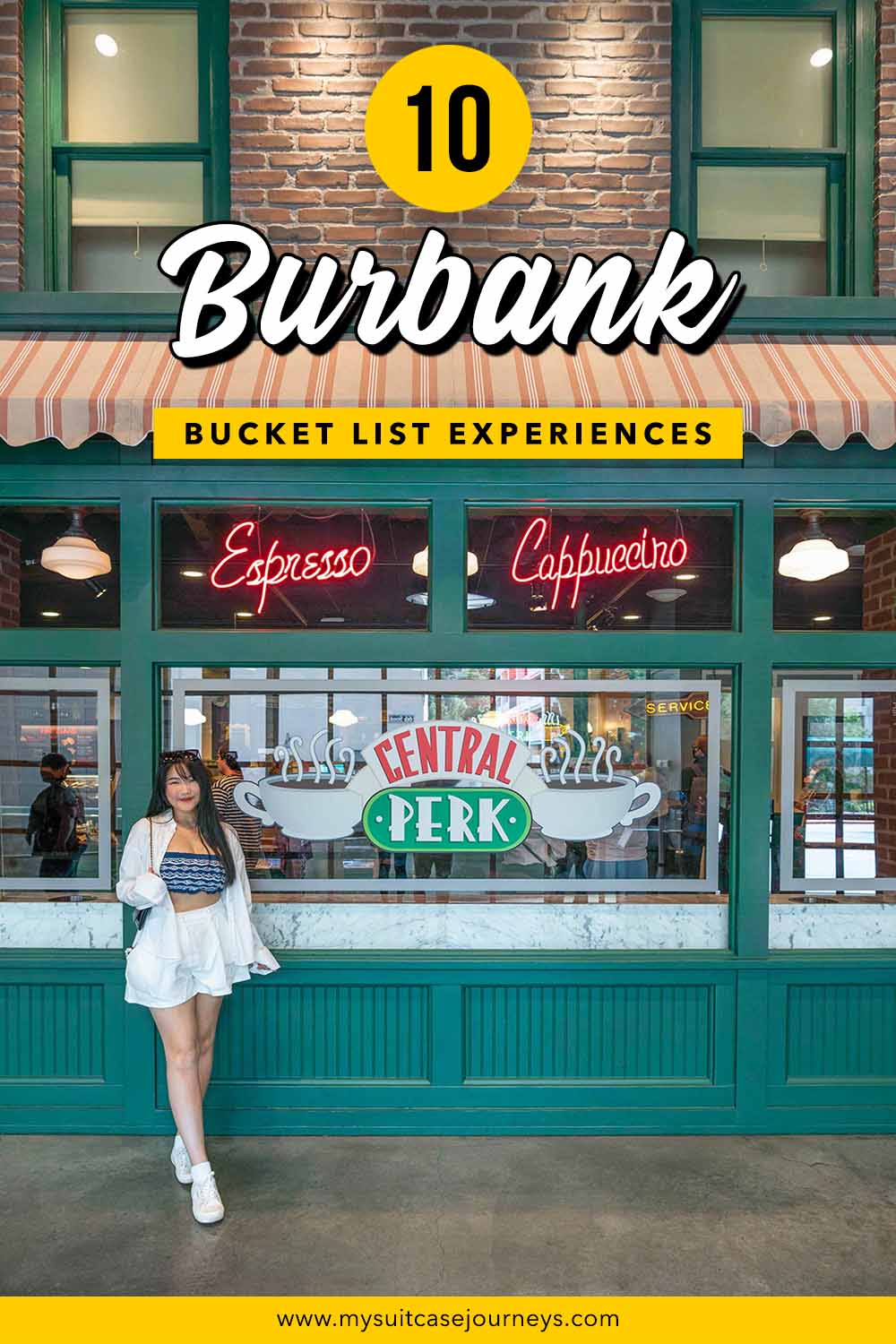 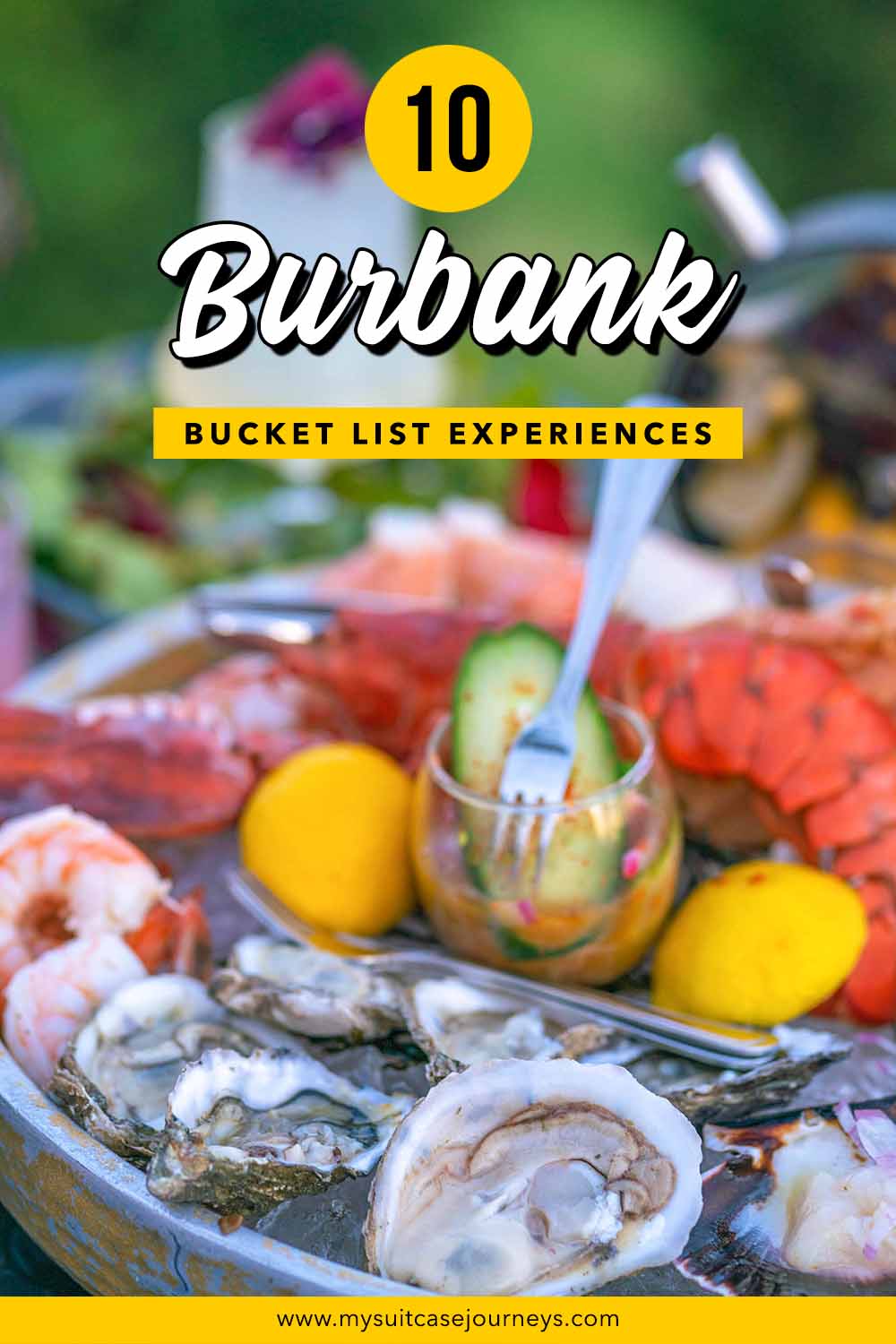 Top Fun Things to Do in Burbank, California

If you’re still sleeping on the Media Capital of the World, you’re missing out on some of the absolute best adventures SoCal has to offer.

Flair Airlines recently launched a brand new Vancouver to Los Angeles/Burbank route and travelling to California has never been easier.

When it comes to accessibility and efficiency, LAX isn’t exactly a crowd favorite.

What’s great about Flair is that they operate in and out of Hollywood Burbank Airport. Not only is it a short 5 to 10-minute drive to major Burbank attractions, it’s also much closer to must-see Instagram spots in LA. No wonder Fodor’s Travel named this the “best airport in the United States” in 2019!

Please note that I was invited to Burbank by Flair Airlines and Visit Burbank.

Transportation in the City

Like most U.S. cities, the quickest way to get around is by car.

Many things to do in Burbank are geographically lumped together. That said, Uber and Lyft rides are relatively affordable.

Alternatively, if you find it more convenient to have your own rental car, you’ll be pleased to hear that free parking is readily available.

Use code “JASMINE10” for $10 off your first booking with Kyte! 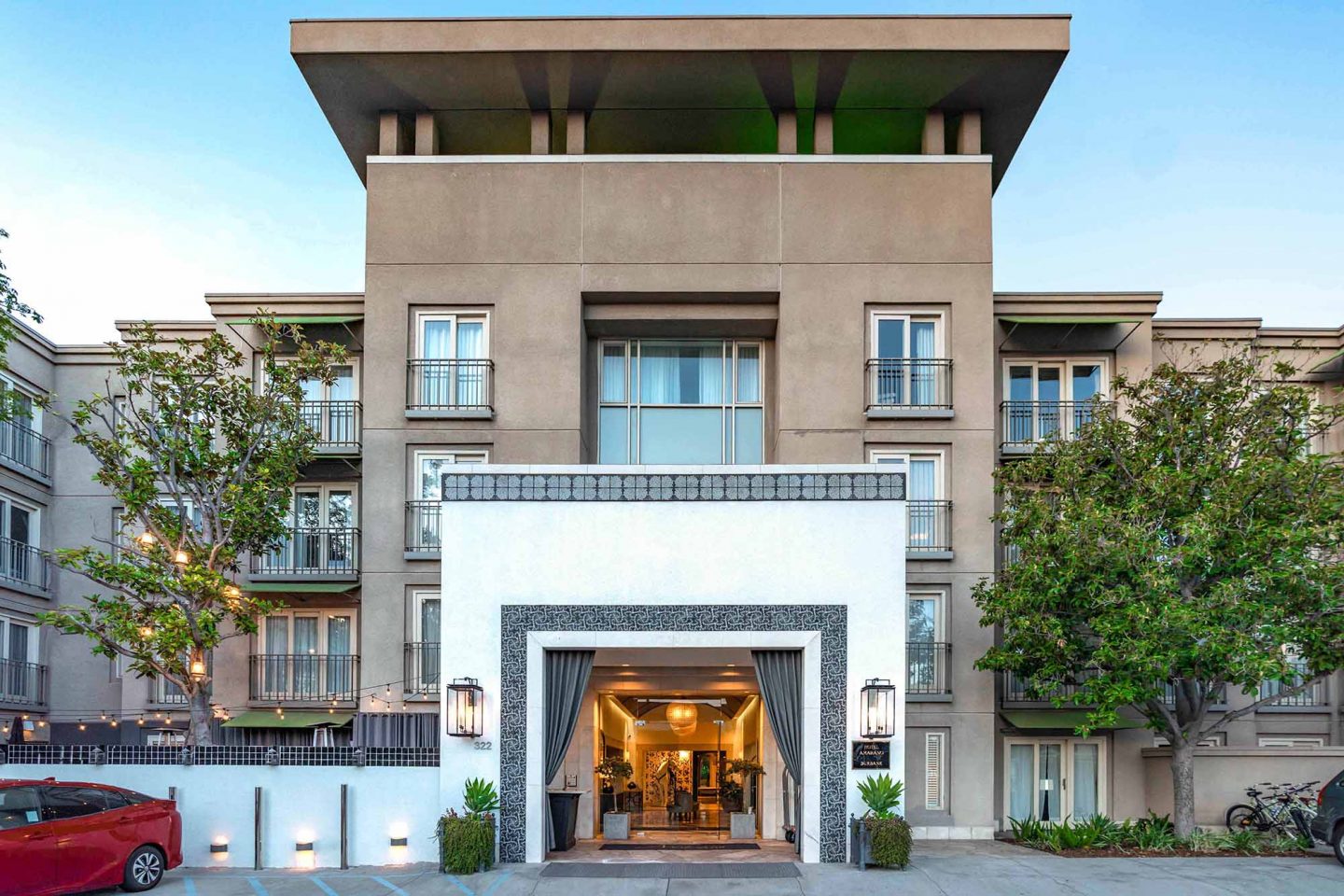 Hotel Amarano is a newly-renovated luxury boutique hotel inspired by the glitz and glamour of Old Hollywood.

Apart from its close proximity to Warner Bros. Studios, its central location makes it an ideal accommodation choice for experiencing the bustling Downtown scene and the quirky Magnolia Park.

What to Do in Burbank

Burbank is home to major film and TV production studios like Walt Disney Studios, Warner Bros. Studio, and Universal Studios Hollywood. (Hence its nickname the “Media Capital of the World.”)

In addition to behind-the-scenes movie tours, there are plenty of other outdoor and arts and culture activities.

Without further ado, here are my top 10 picks for best things to do in Burbank, CA.

1. See how popular films and TV shows are made at Warner Bros. Studio Tour Hollywood. 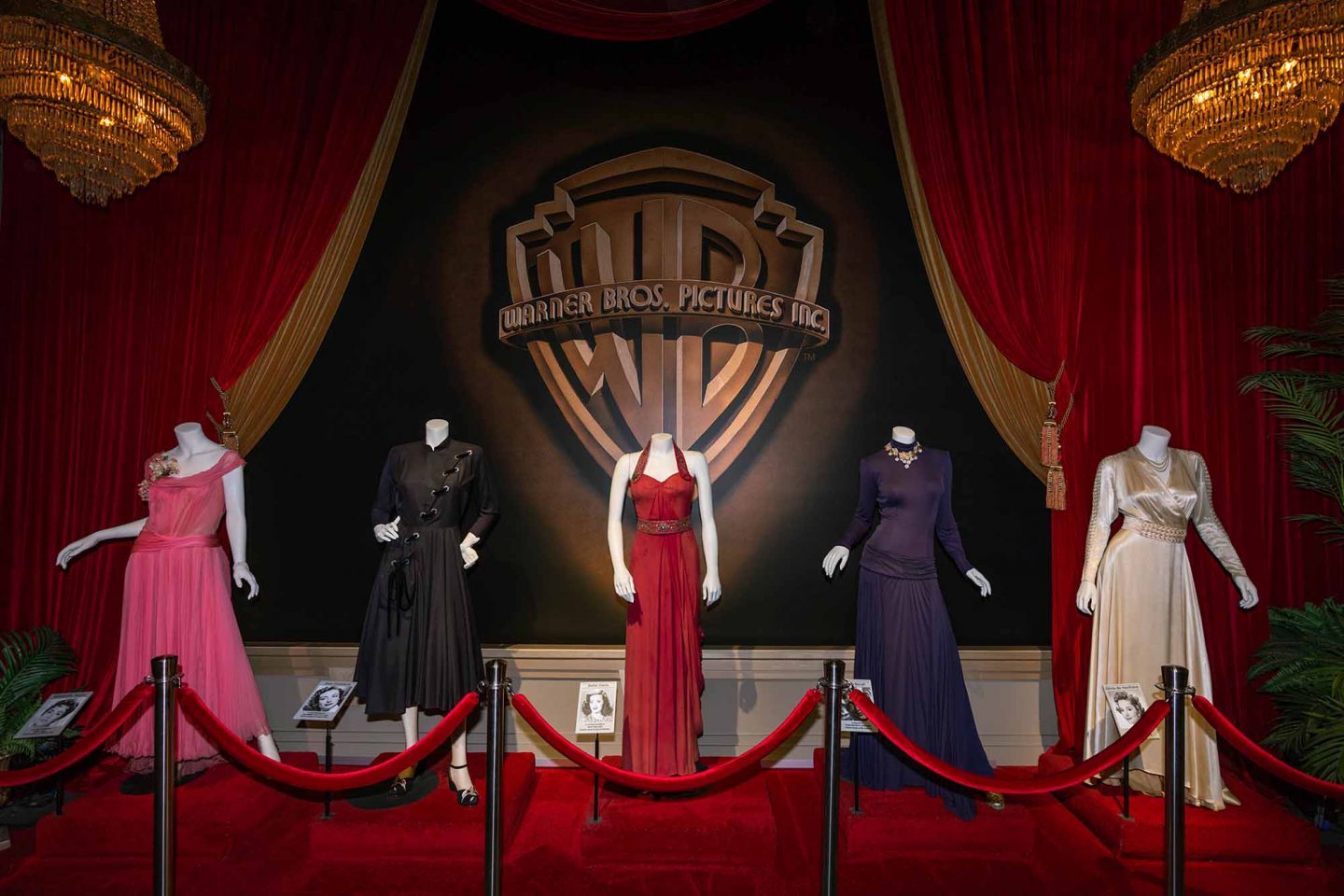 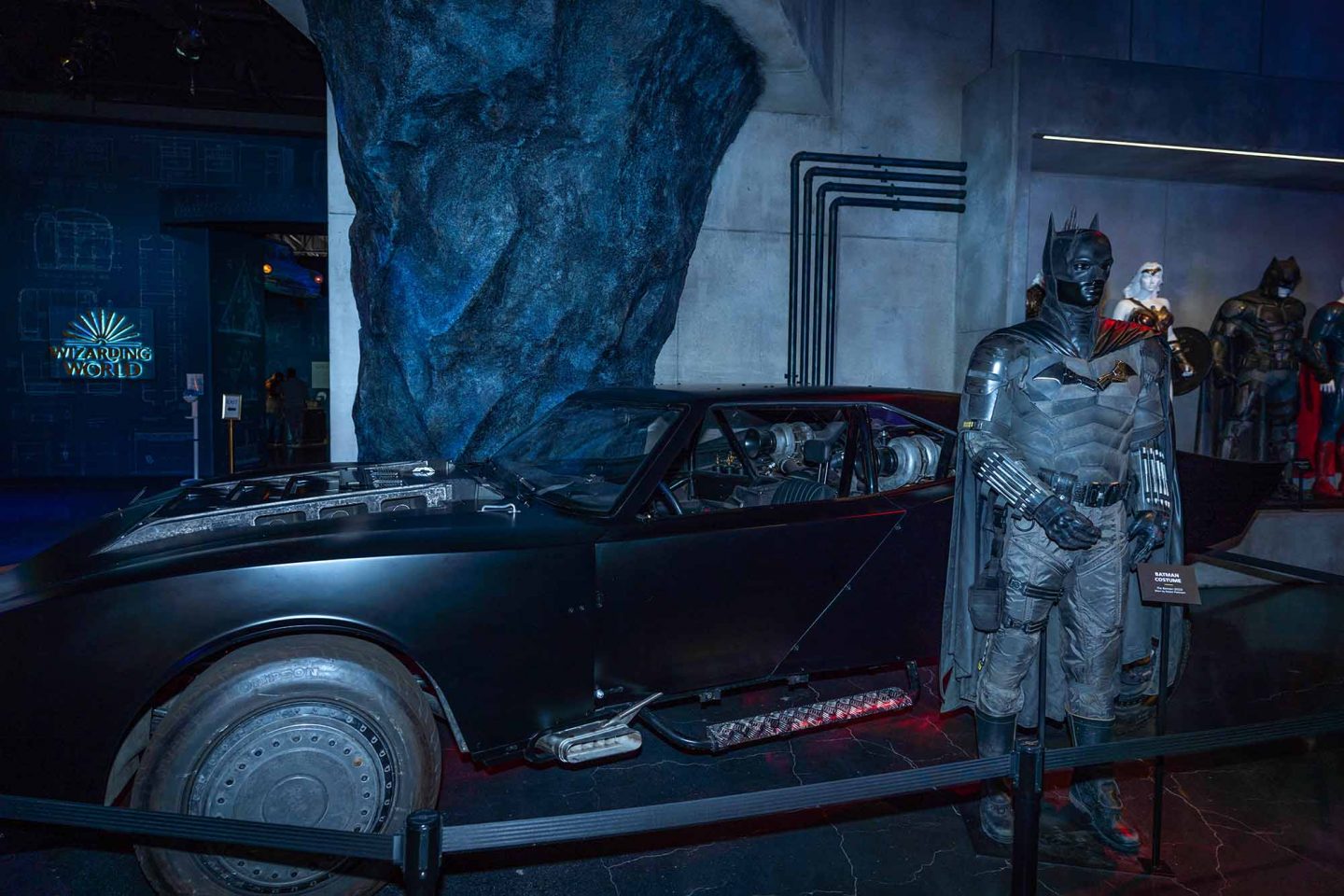 If you’re a fan of Friends, The Big Bang Theory, Harry Potter, or DC Comics, you will love Warner Bros. Studio’s Studio Tour. 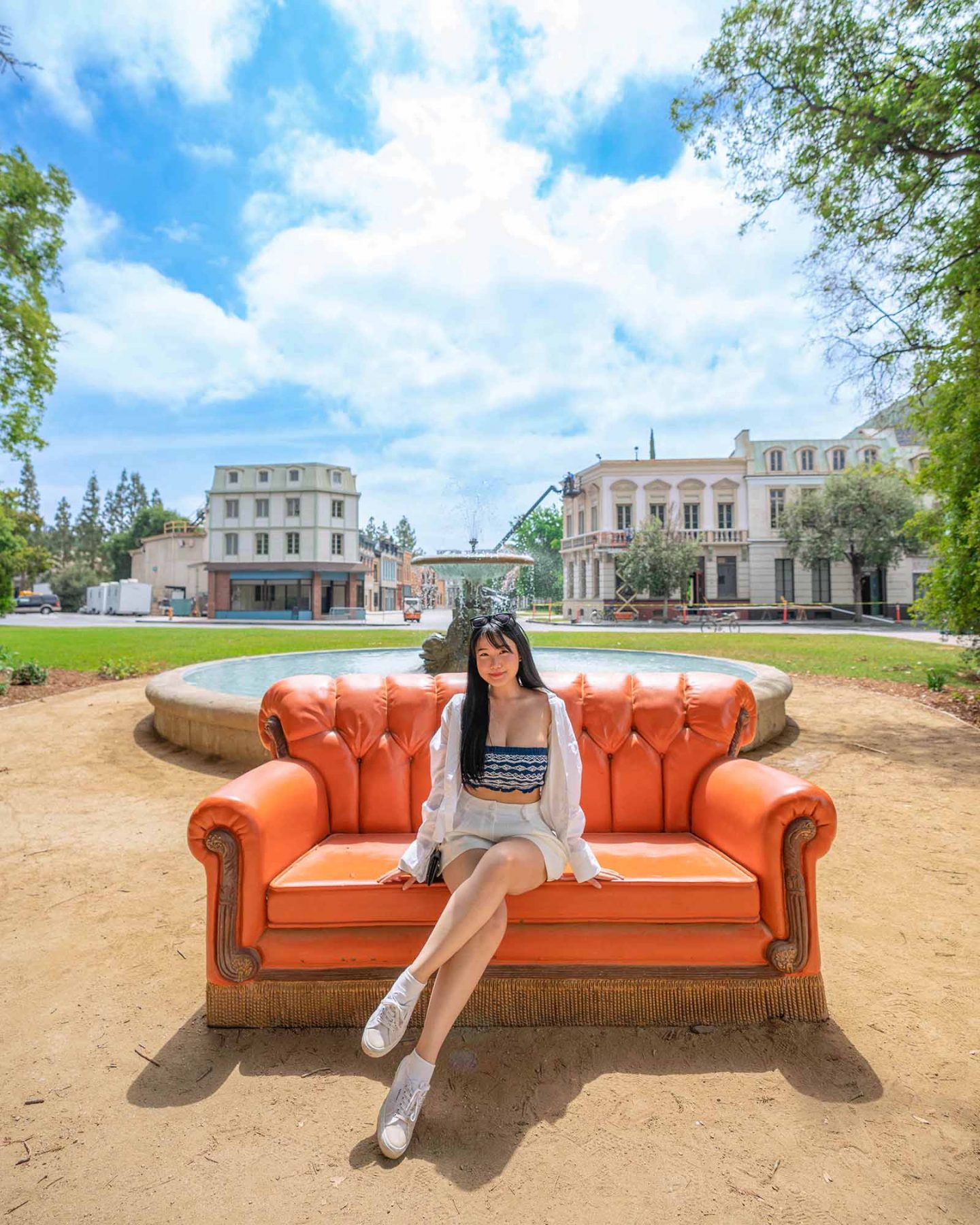 Tickets are $69 USD per person. This is inclusive of a 1-hour guided tour as well as a self-guided portion where you are free to explore at your own pace.

I’m usually not crazy about guided tours. However, I thoroughly enjoyed learning about the various sets and soundstages. Each tour group is also fairly small with no more than 10-15 guests or so. Definitely very intimate and everyone gets plenty of time to take pictures.

2. Embark on a mural walk around Downtown. 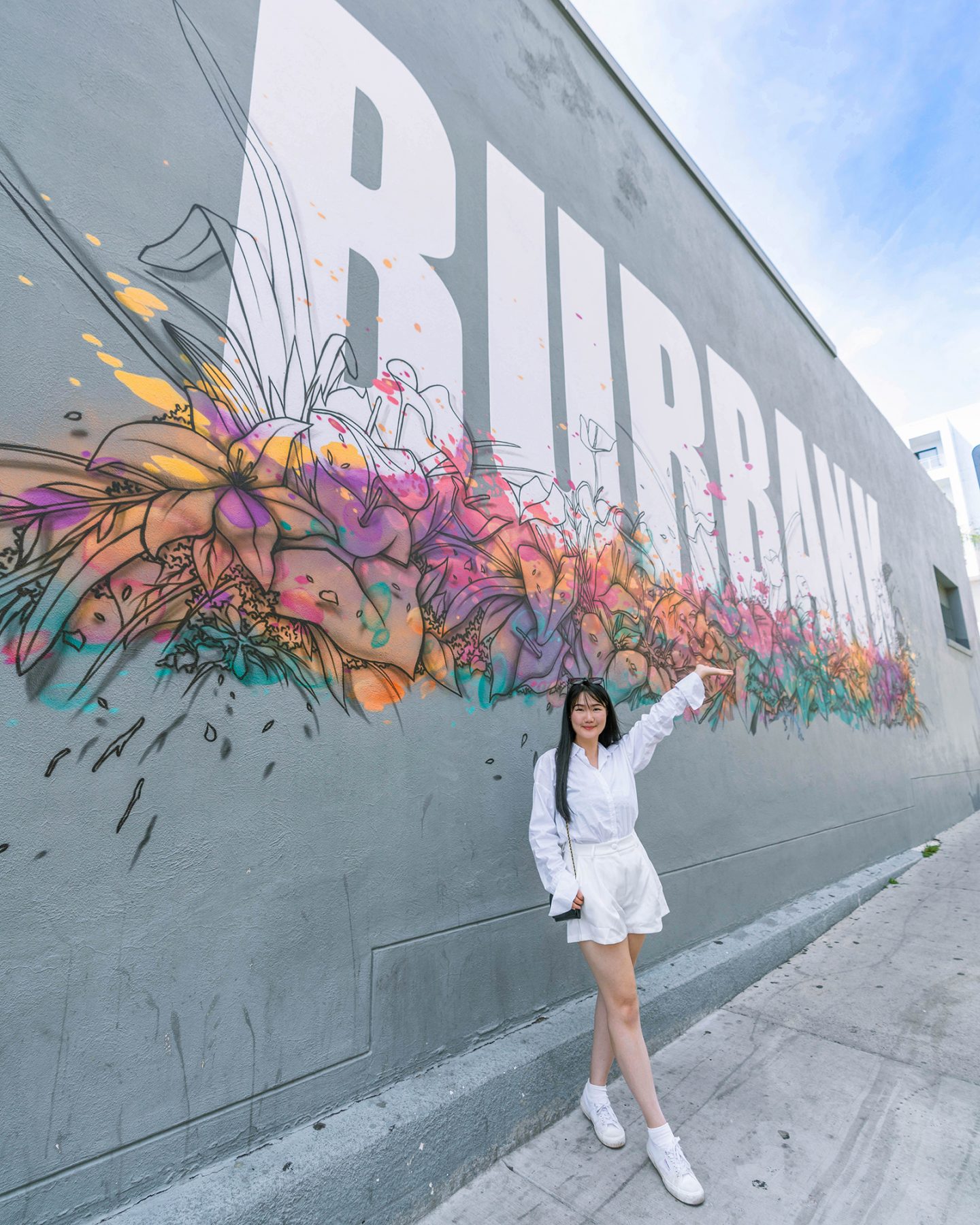 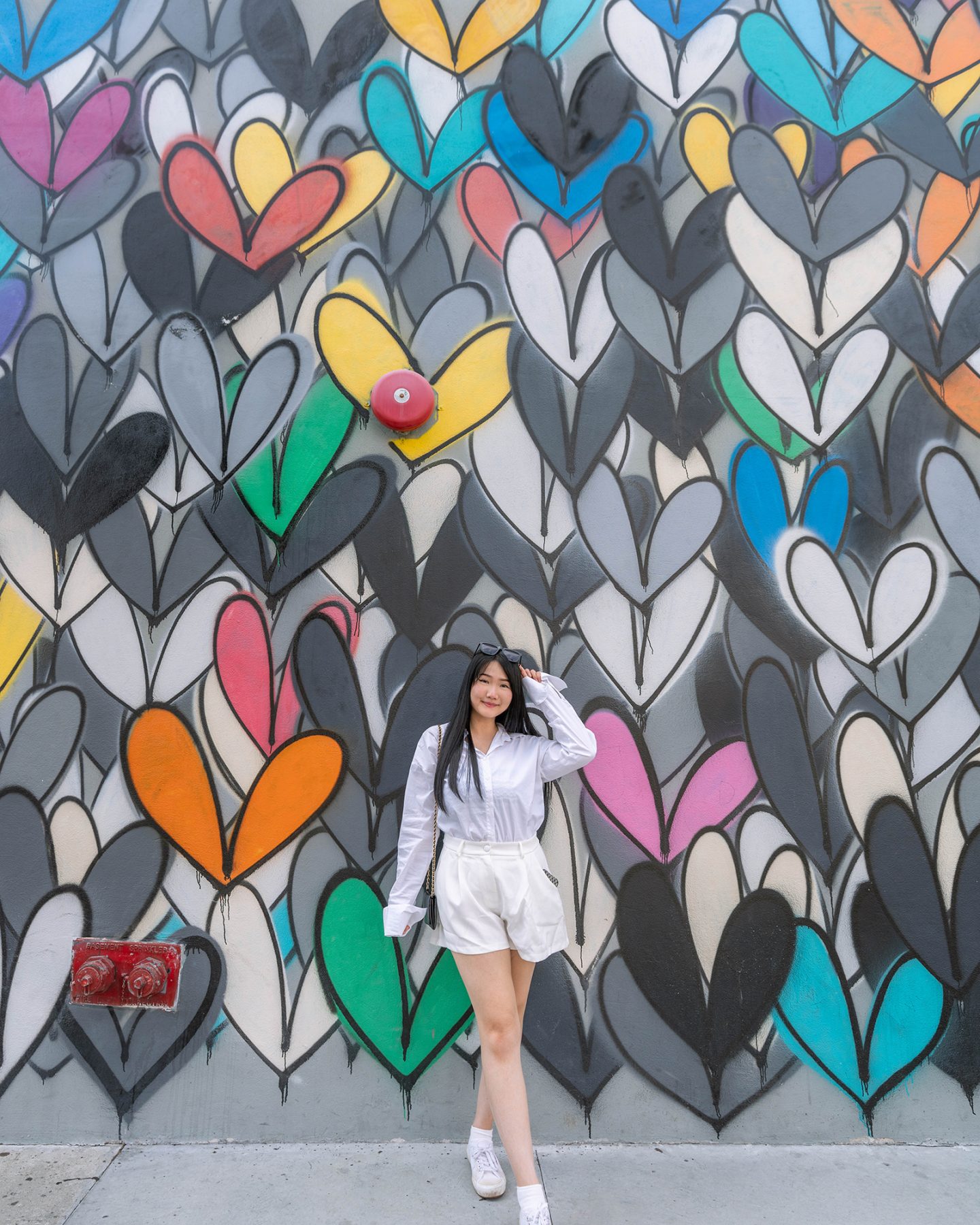 Downtown Burbank is a vibrant neighborhood – literally. Its streets are painted with colorful murals and serve as a beautiful outdoor art gallery.

3. Enjoy romantic dinner with a view at Castaway.

Raise your hand if you’re a sucker for dinner with a view! 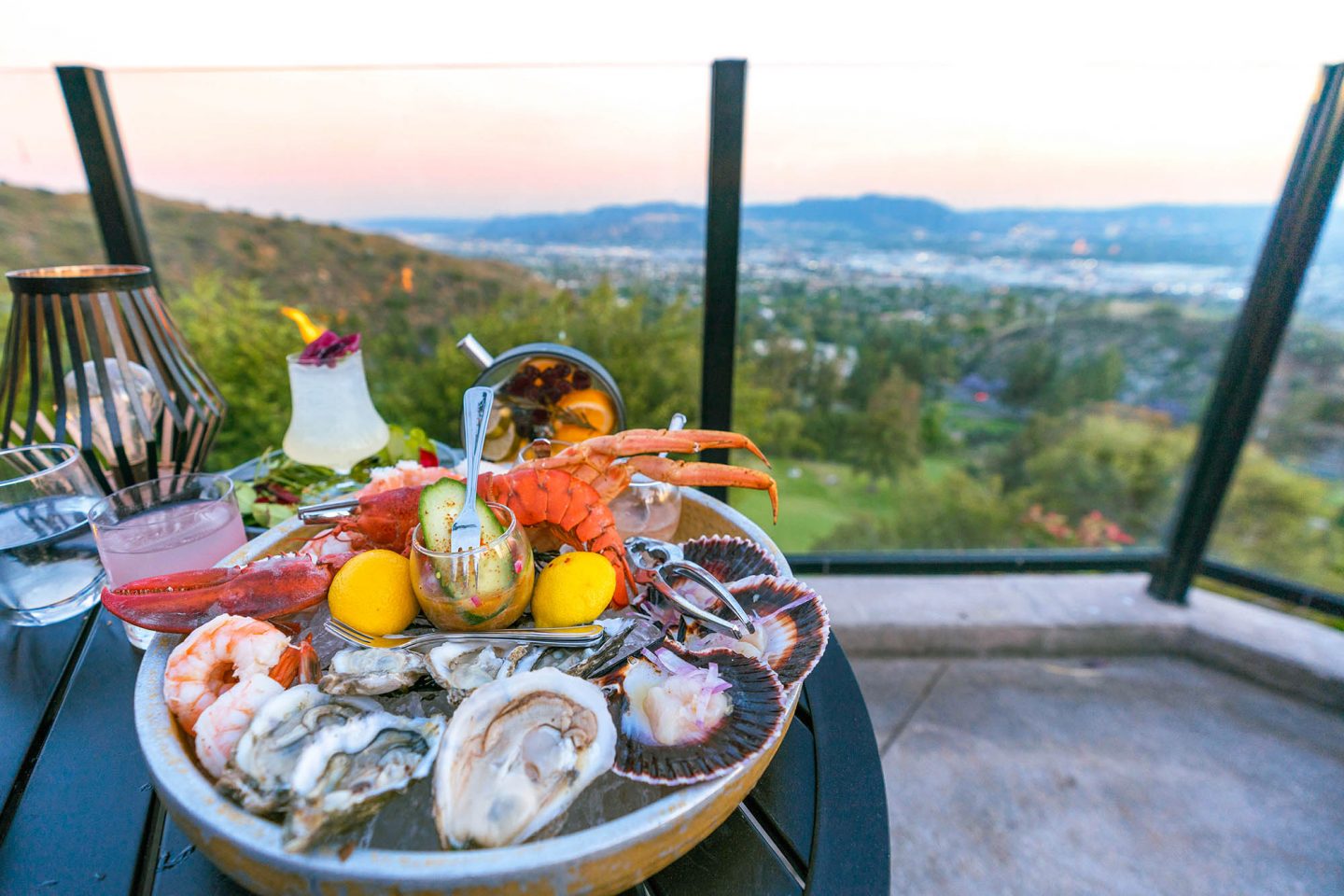 Castaway Restaurant & Events was voted “top 50 restaurants for a date in America.”

Castaway is a top restaurant in Burbank specializing in seasonally-inspired cuisine with a steak-forward focus.

It overlooks the San Fernando Valleys and its multi-level seating ensures that every single seat in the restaurant has an excellent view. Babe is guaranteed to be blown away when you bring them here 😉 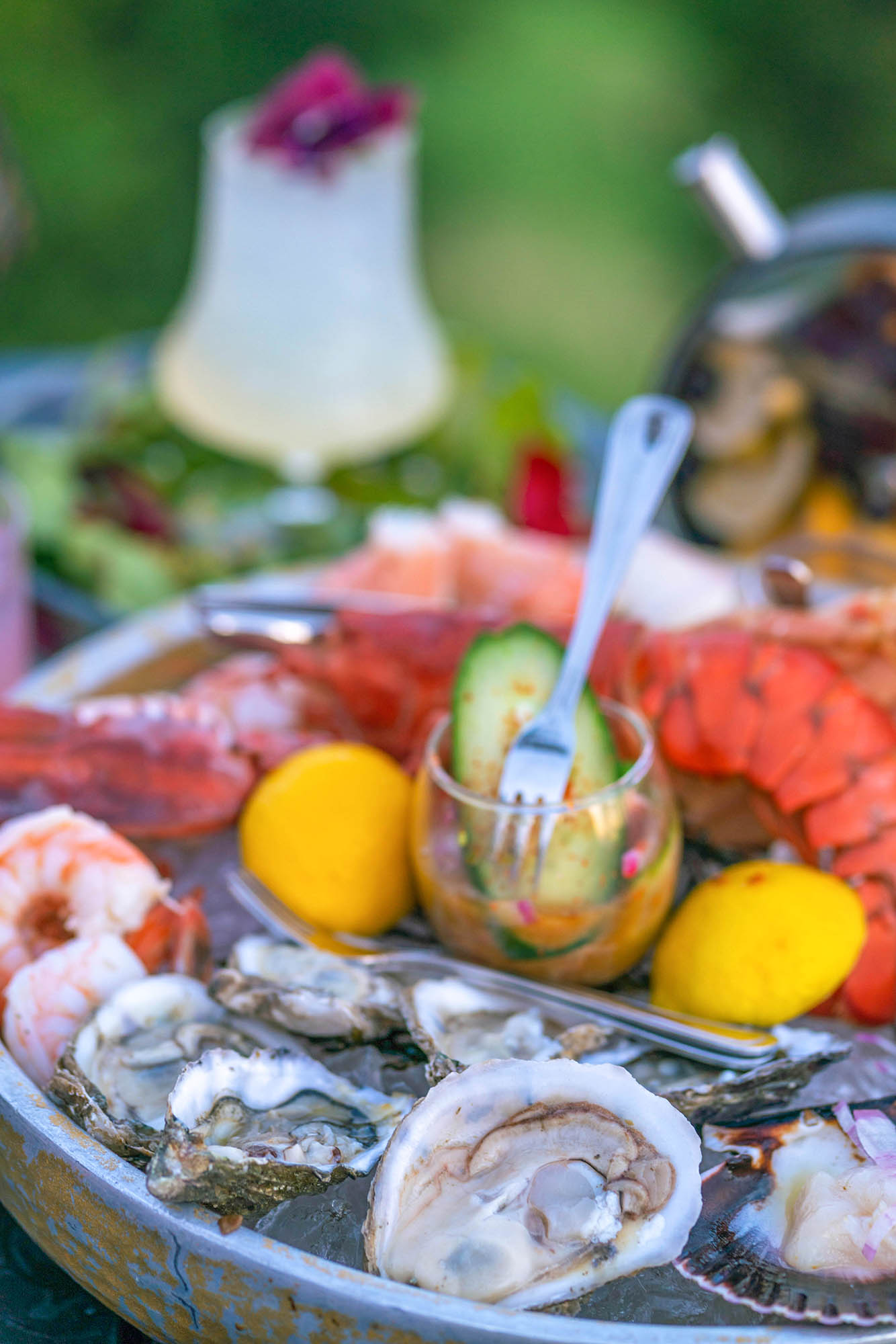 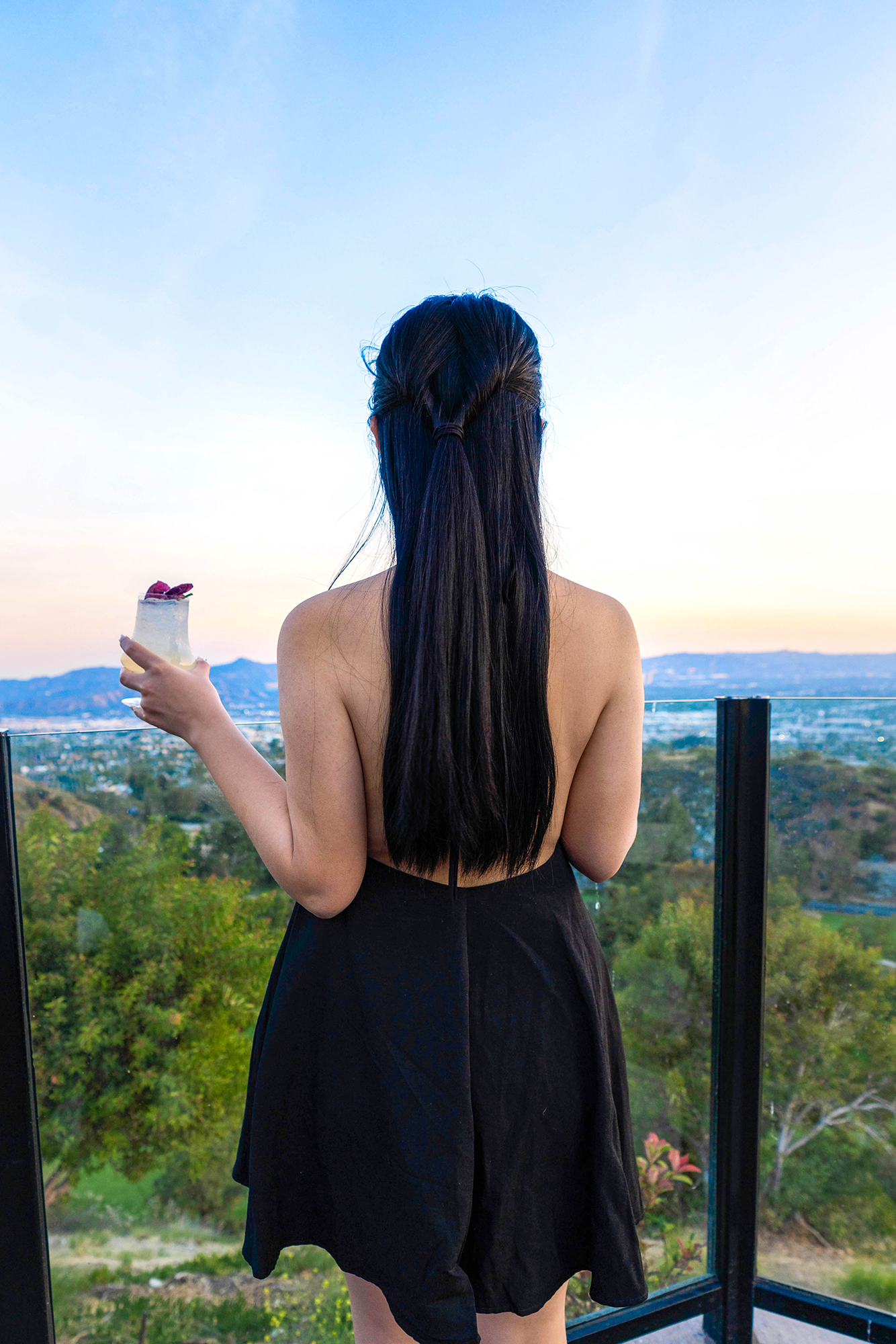 My boyfriend and I unfortunately did not know about Castaway’s incredible meat dry-aging room or Himalayan salt wall. Instead of steak, we ended up ordering the Petite Seafood Tower. It was equally as delightful, but do give their Cape Grim steak or Mishima Wagyu a try.

Ginny once said, “Anything’s possible if you’ve got enough nerve.” Why not conquer your fear of heights at Universal Studios!? 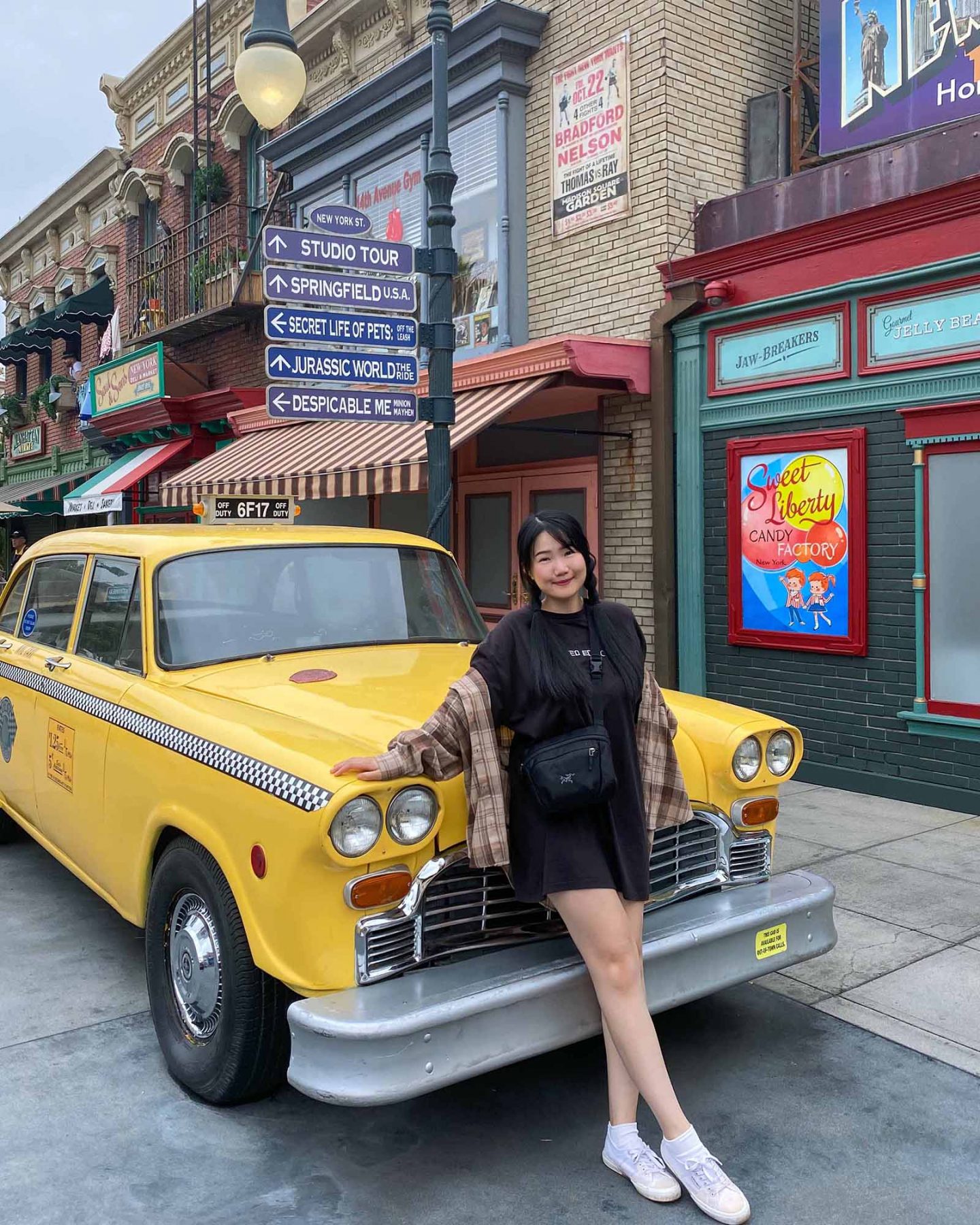 Similar to Warner Bros. Studios, there is a guided tour portion as well called The World-Famous Studio Tour. This 60-minute adventure takes you across 13 city blocks where you get a glimpse of Hollywood’s moviemaking secrets.

The tour is optional, of course. You can also head straight for the rides for an adrenaline rush. If you get motion sickness, I recommend skipping the following rides:

Tip: Opt for the Universal Express pass ($189) to avoid long lines. Wait time for Flight of the Hippogriff, for example, was 100 minutes. With the Express Pass, we got on the ride within 10 minutes.

5. Shop ’til you drop in Magnolia Park. 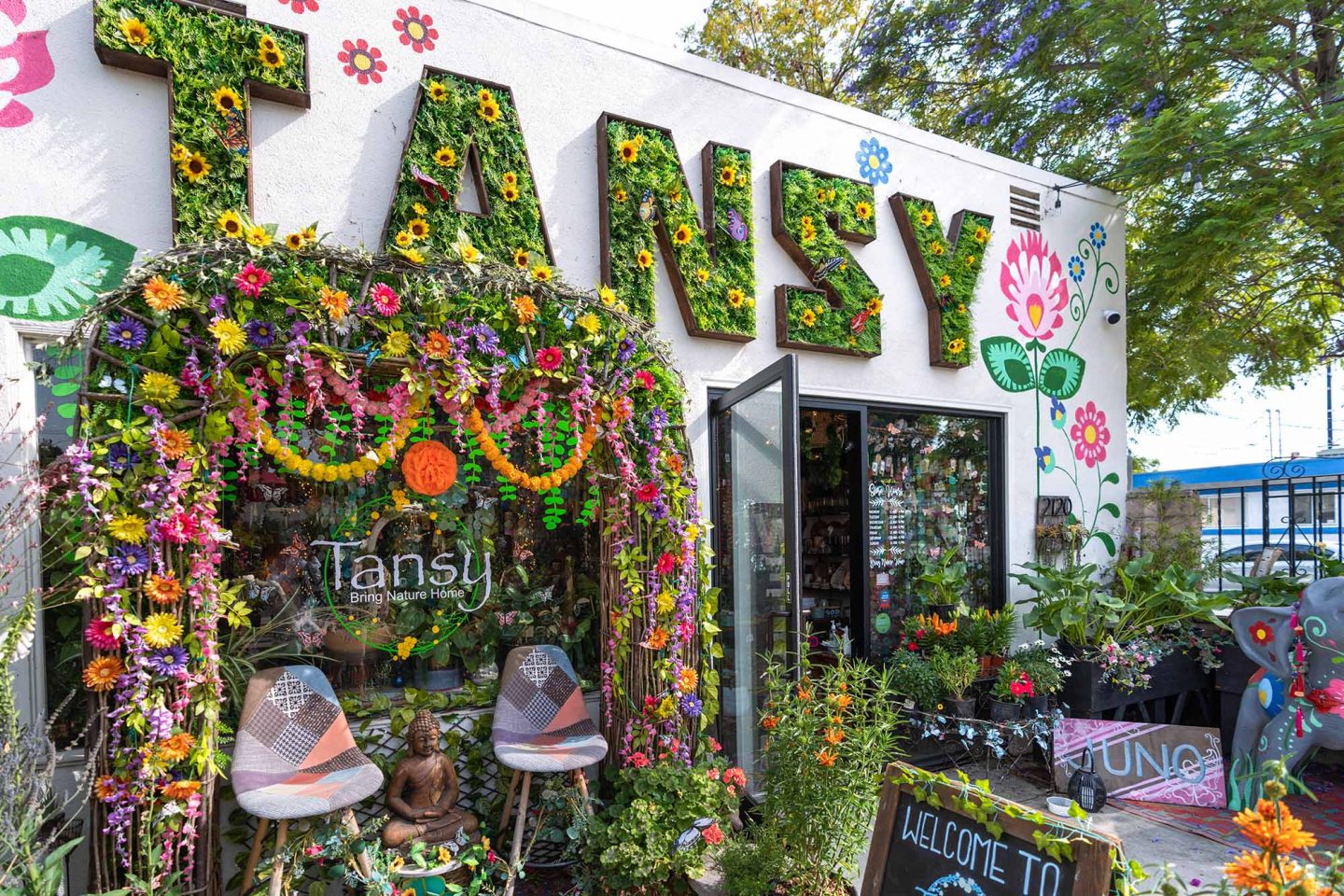 Tansy is a super cute plants and home goods store on Magnolia Boulevard.

Don’t be fooled by its name… Magnolia Park is a hip neighborhood (not a park) with chic eateries and quirky vintage boutique shops.

6. Grab an afternoon pick-me-up with your favorite celebrity printed on it. 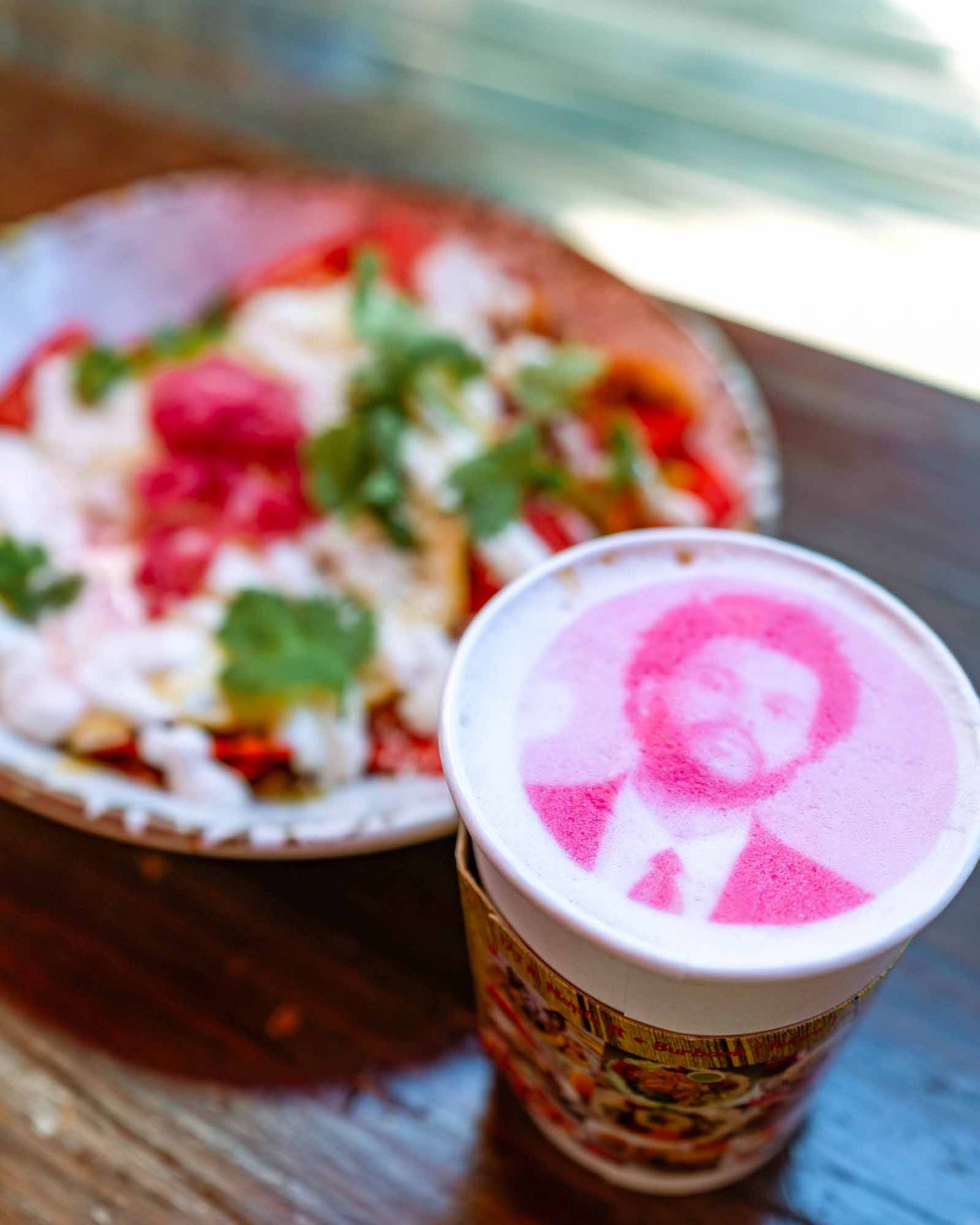 Red Maple Cafe is known for its delicious brunch dishes and unique “celebralattes.” The legend, Chris Hemsworth, himself has tried it so you know it’s star-approved!

What better way to explore Burbank than by air!?

Take in views of the renowned Hollywood Sign or sneak a peek of celebrity homes in Beverly Hills and Bel Air with Orbic Air. 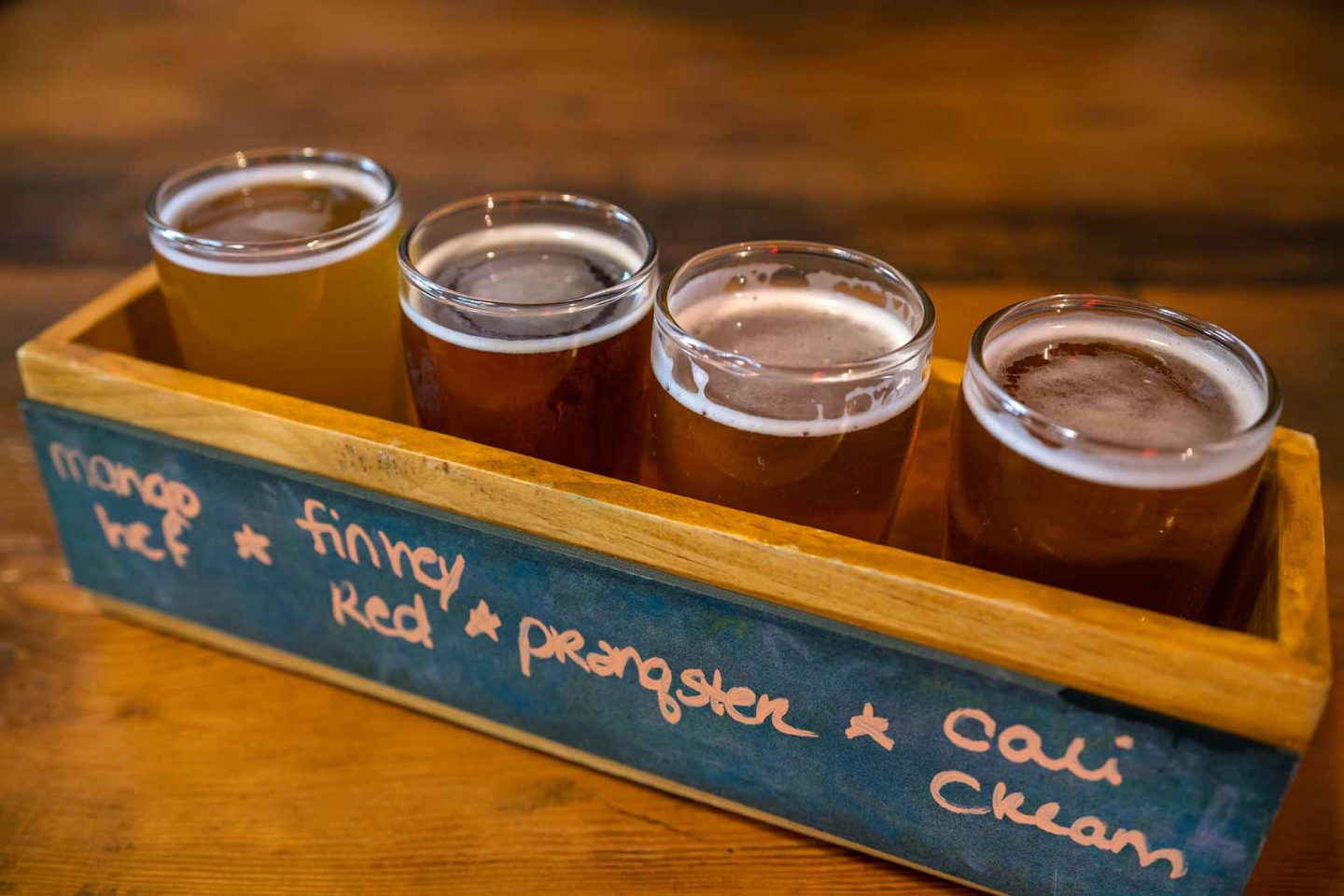 My favorite is the Cali Creamin’, which is a vanilla cream ale with a cream soda kick.

Finney’s is a family-owned American tavern.

Their selection of beers feature different styles and seasonal flavors from local breweries across California. Sometimes love beer is really ale you need!

Tip: I highly recommend trying their Poke Nachos too. 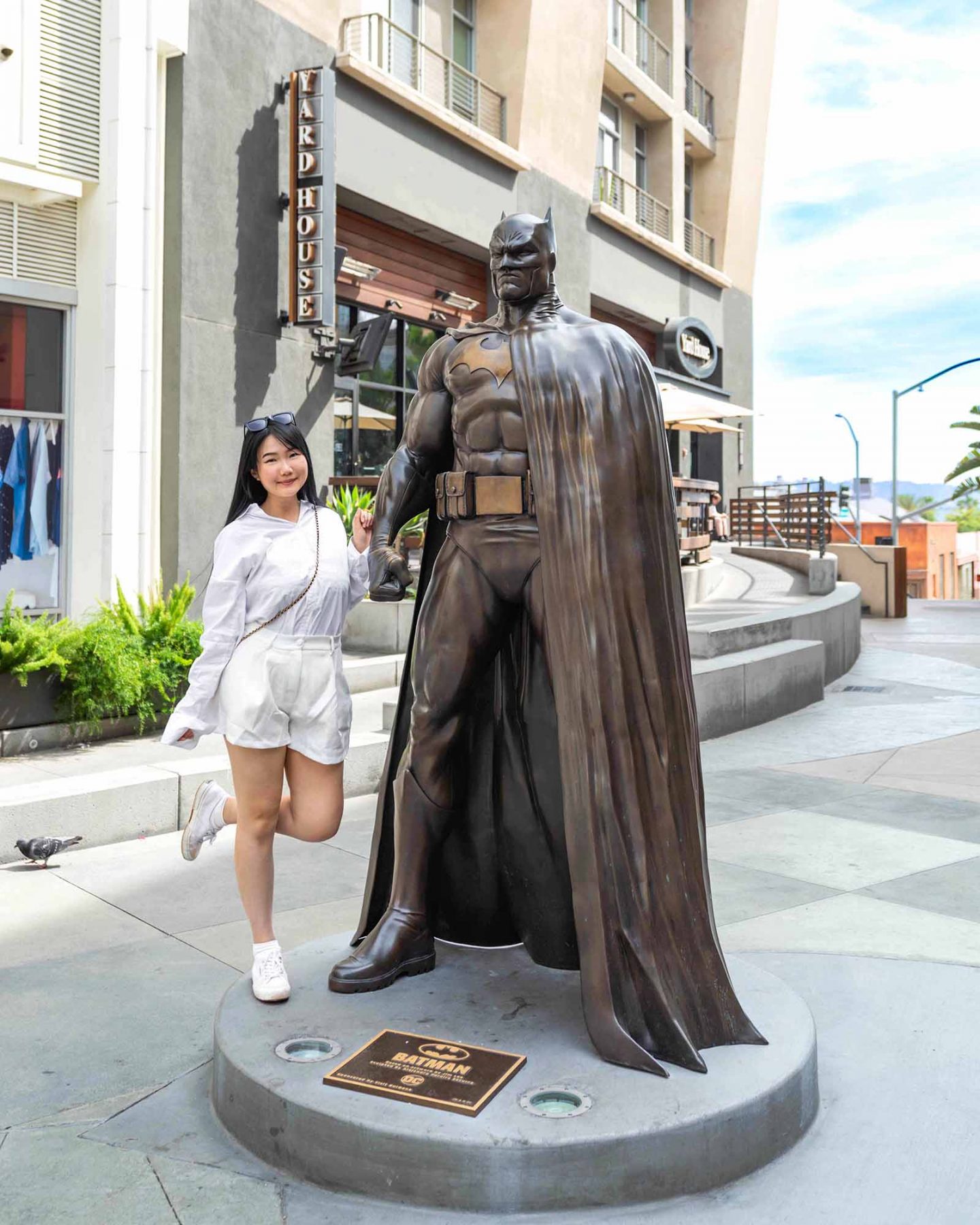 DC Comics was originally based in NYC until it relocated its headquarters to Burbank in April of 2015. To celebrate the success of the Batman franchise, Visit Burbank partnered with DC to introduce a life-sized bronze statue of Batman right in the heart of Downtown Burbank. Talk about a fun photo op! 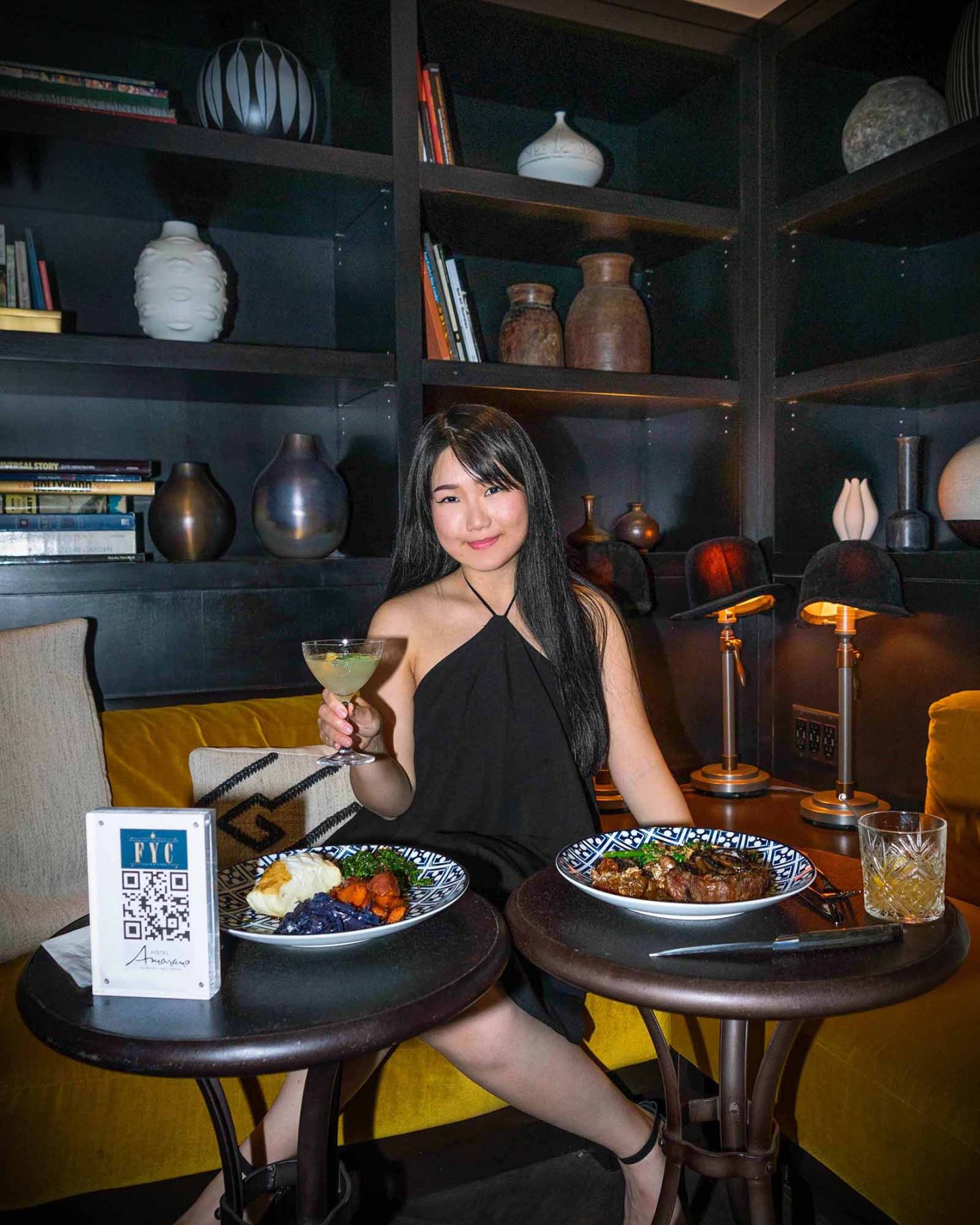 FYC is located within Hotel Amarano and close to nearby sound and film production studios.

TV talent and singers like Bruno Mars have often been spotted here relaxing after a long day of work. Even if you don’t have a celebrity crush you’re dying to meet, the delicious cocktails here are worth a quick stopover. 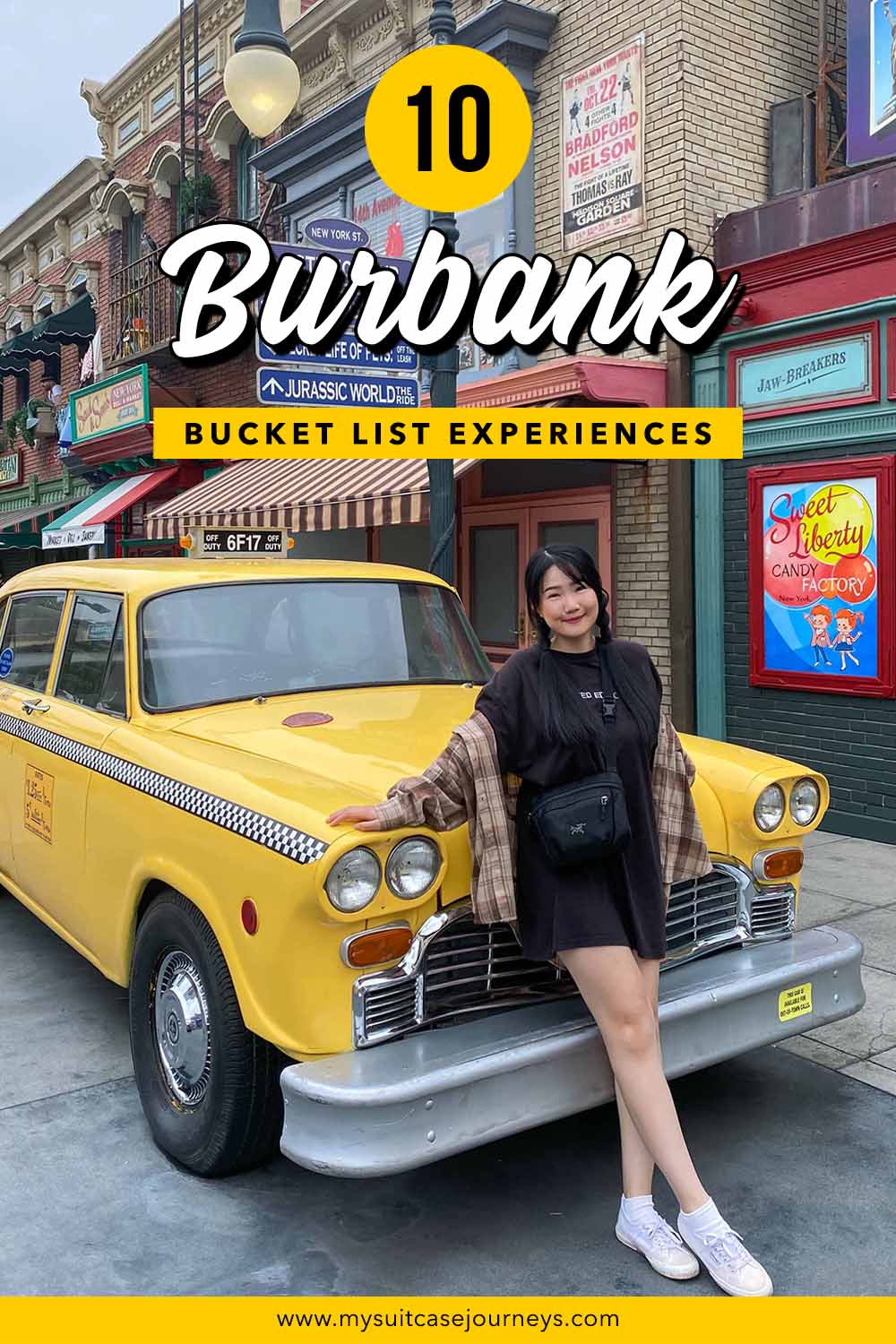 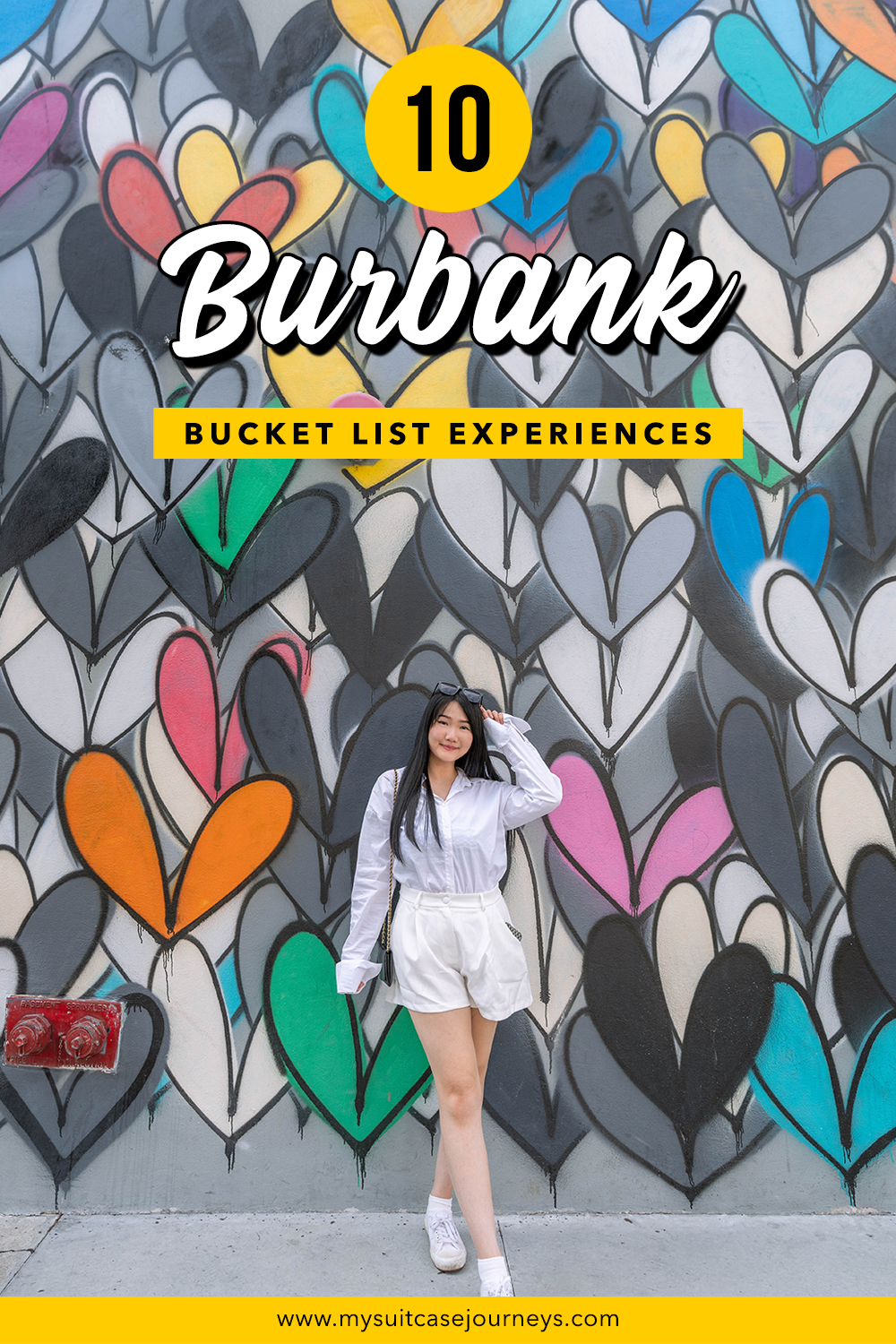 And there you have it! Top 10 fun things to do in Burbank, California.

Hope you enjoyed these recommendations and don’t forget to pin this Burbank itinerary for later!