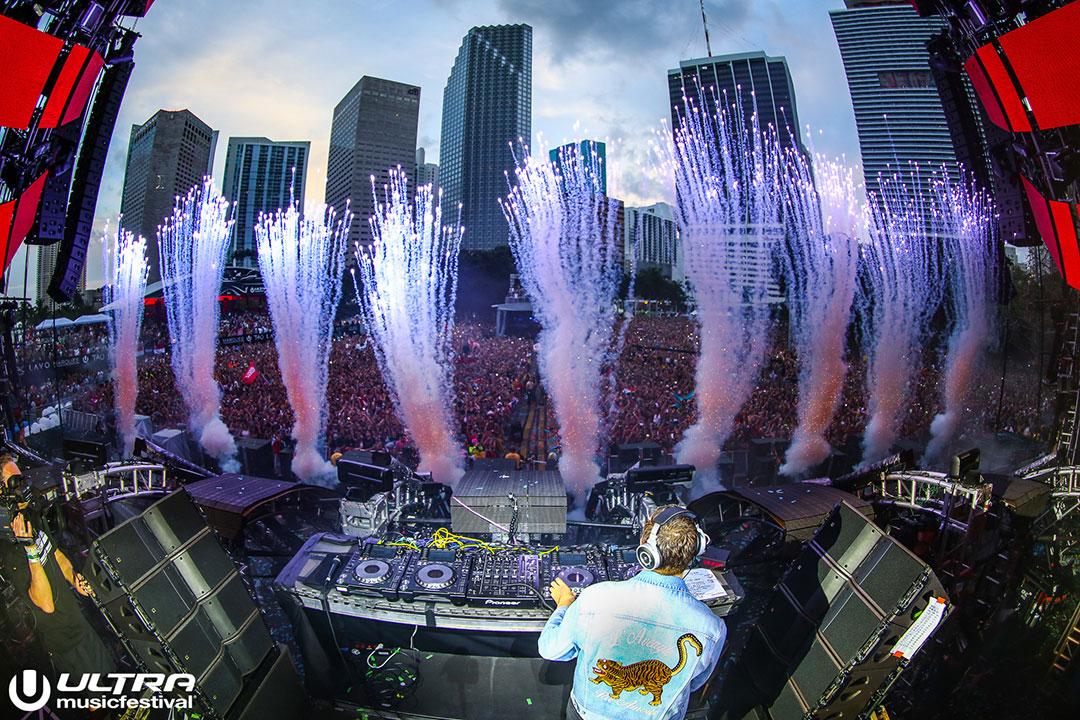 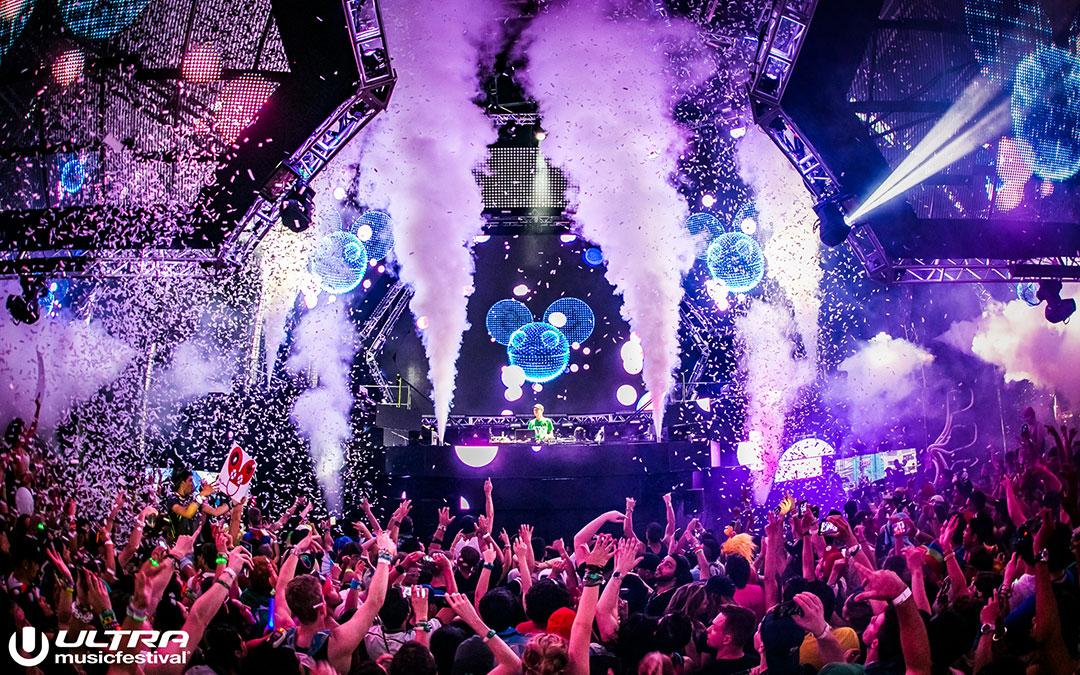 Three months in 2016 and I’ve only just gone on my first trip of the year. What can I say, once you get that full-time job, it’s really hard to escape the 9-5 lifestyle. But all things aside, I ATTENDED THIS YEAR’S ULTRA MIAMI!!!!! 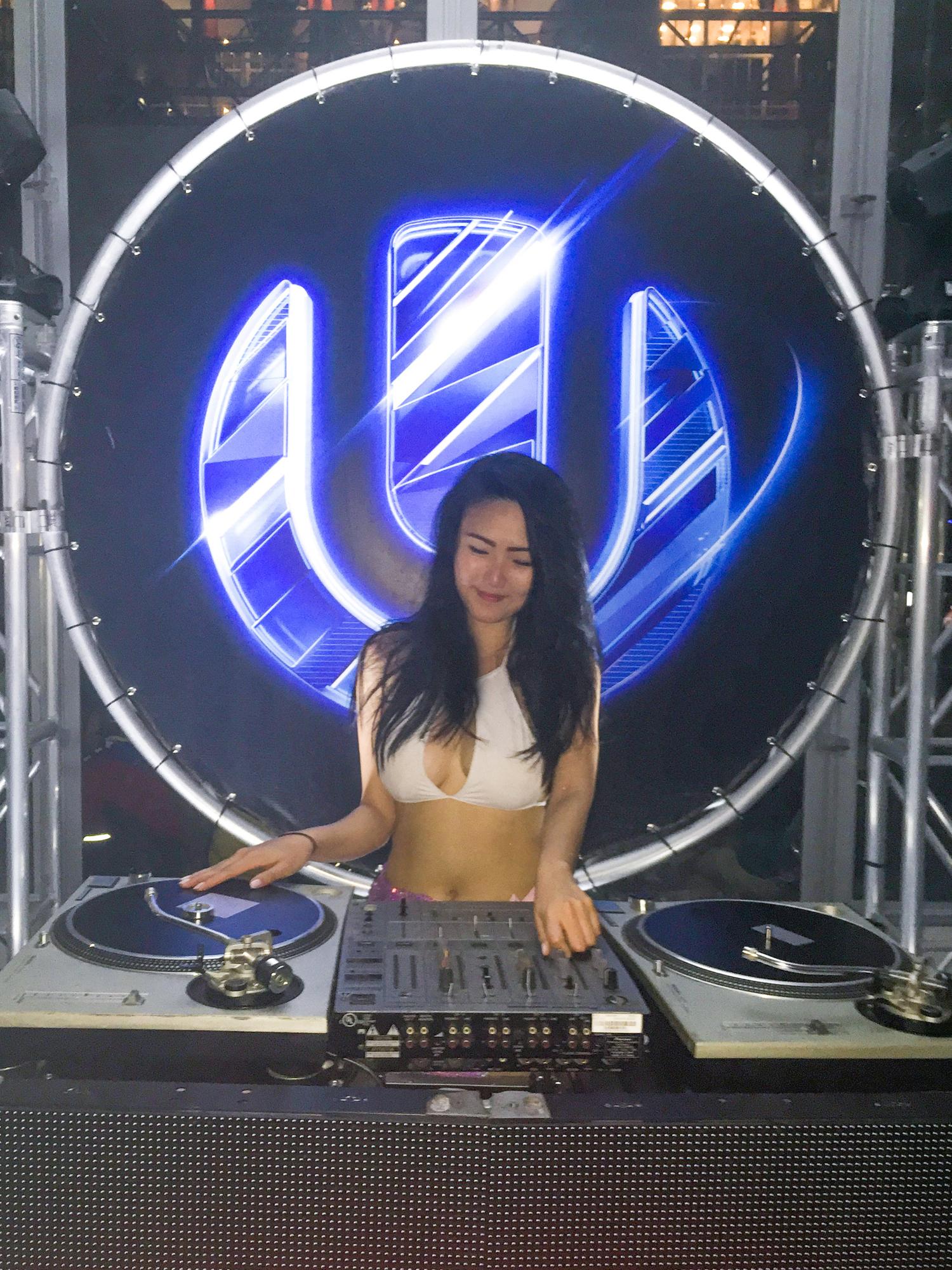 That’s right, I set a goal for myself that I’d check out all the major festivals within the next couple of years. Despite discussing with friends about going, I didn’t make my final decision until couple weeks before the actual event. That said, tickets were obviously sold out so I did my research and thought I’d try my luck with StubHub.

Getting the Tickets – Purchasing from StubHub

Definitely, definitely, definitely purchase your tickets from the official Ultra site as early as possible. Ultra did have another special GA ticket sale because quite a few people did not pay their ticket installments on time hence a very small amount of passes became available again, but trust me, you need to be very very lucky to get your hands on one of those with hundreds of people all cramming on the same server trying to get last minute tix.

Since I was unable to purchase a ticket, I turned to ≪StubHub≫. There are also other online ticket resale merchants such as Vivid Seats, but I went with StubHub because it was a name I was more familiar with and there were more also more reviews on it, although not all were positive (most of which were complaints about being ripped off). 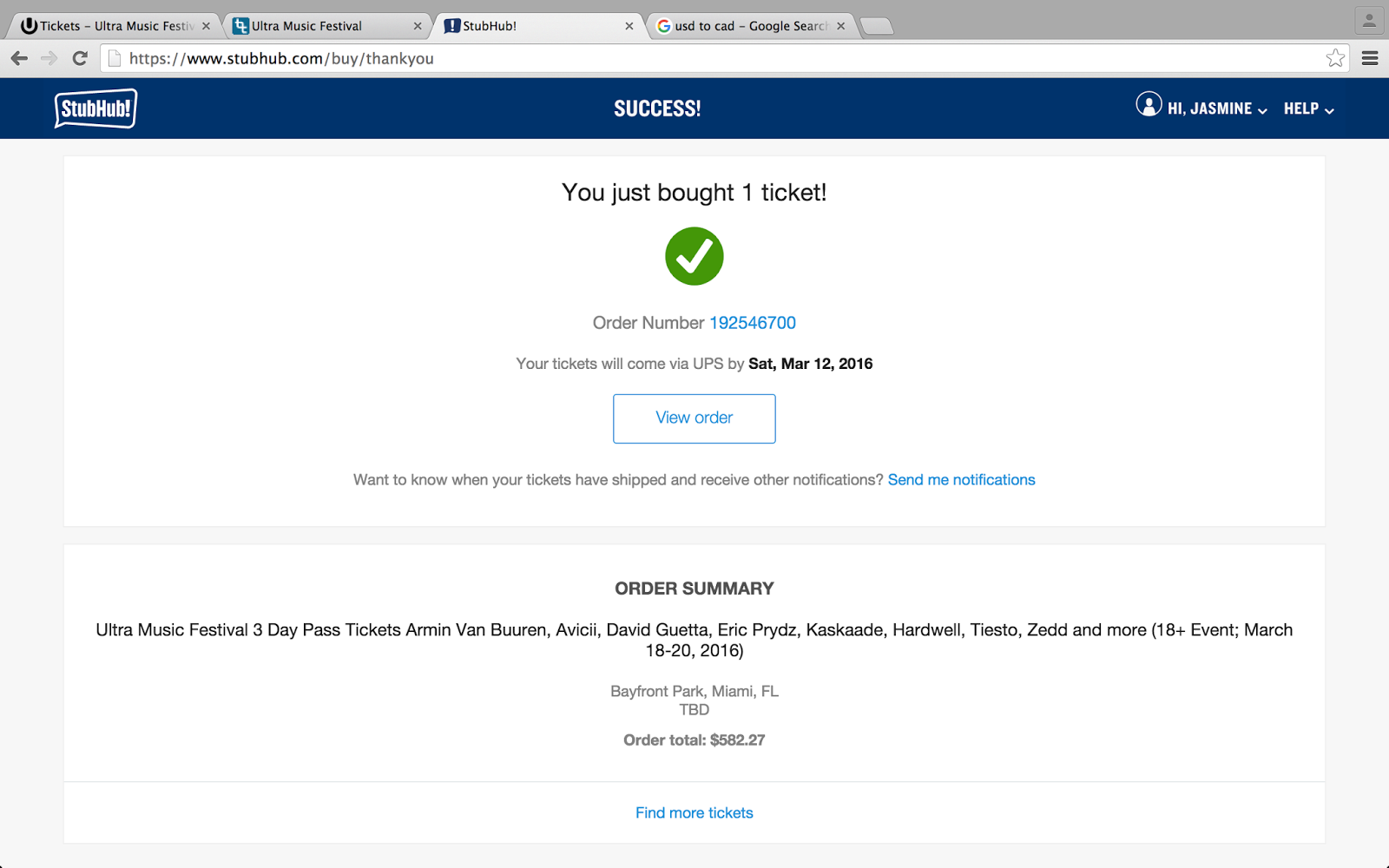 Very user friendly site. Plenty of tickets available. I bought my pass for $582.27 USD (~$735 CAD). There were other cheaper options, but this one was with the earliest delivery date. I received my ticket in the mail on March 7th, which was surprisingly fast considering I placed my order on February 29th and the confirmation e-mail indicated that UPS would deliver my ticket by Monday, March 12th.

The ticket obviously had the original purchaser’s name printed on it and when I opened the envelope, I joked with my friend about how sketch the ticket was because it was wrapped inside a messily folded StubHub confirmation sheet, and that was it, nothing else.

How I Got Scammed & StubHub’s Customer Service Center

Day 1 came around and after passing so many different check points to get in – ID check, bag check, security check – at the final ticket check, my pass refused to scan. I was advised to visit the box office, but after asking around, the closest thing to a box office I could find was the will call area and it was literally just a lineup in a parking lot nearby. I was then told by one of the (very angry) workers there that I was “scammed” and StubHub tickets were “never accepted anyways.” If I were to wait at Will Call to get help, my ticket would simply get teared.

So I Ubered back to our Airbnb and called the free customer support line at StubHub. And trust me, I was not pleased. Frankly, I wasn’t even upset about missing the acts, I was just completely enraged that I paid so much money yet I was denied entrance.

After getting through the automated selection process, I was finally able to speak with an agent. I explained to him my situation and he was very polite and apologized a million times for the inconvenience. I was told that my case was extremely rare and that the angry man at will call was most likely just saying that because the official organizers obviously want to be able to make all the profit they can hence they do not like the ticket resale guys. Who knows! That could be true or dude could be shitting me. Either way, he gave me a full refund plus a $120 coupon valid for the next 12 months. Side note, I bought a Coachella ticket on StubHub before I got my Ultra ticket and I was assured that my Coachella pass should work fine. We’ll see. 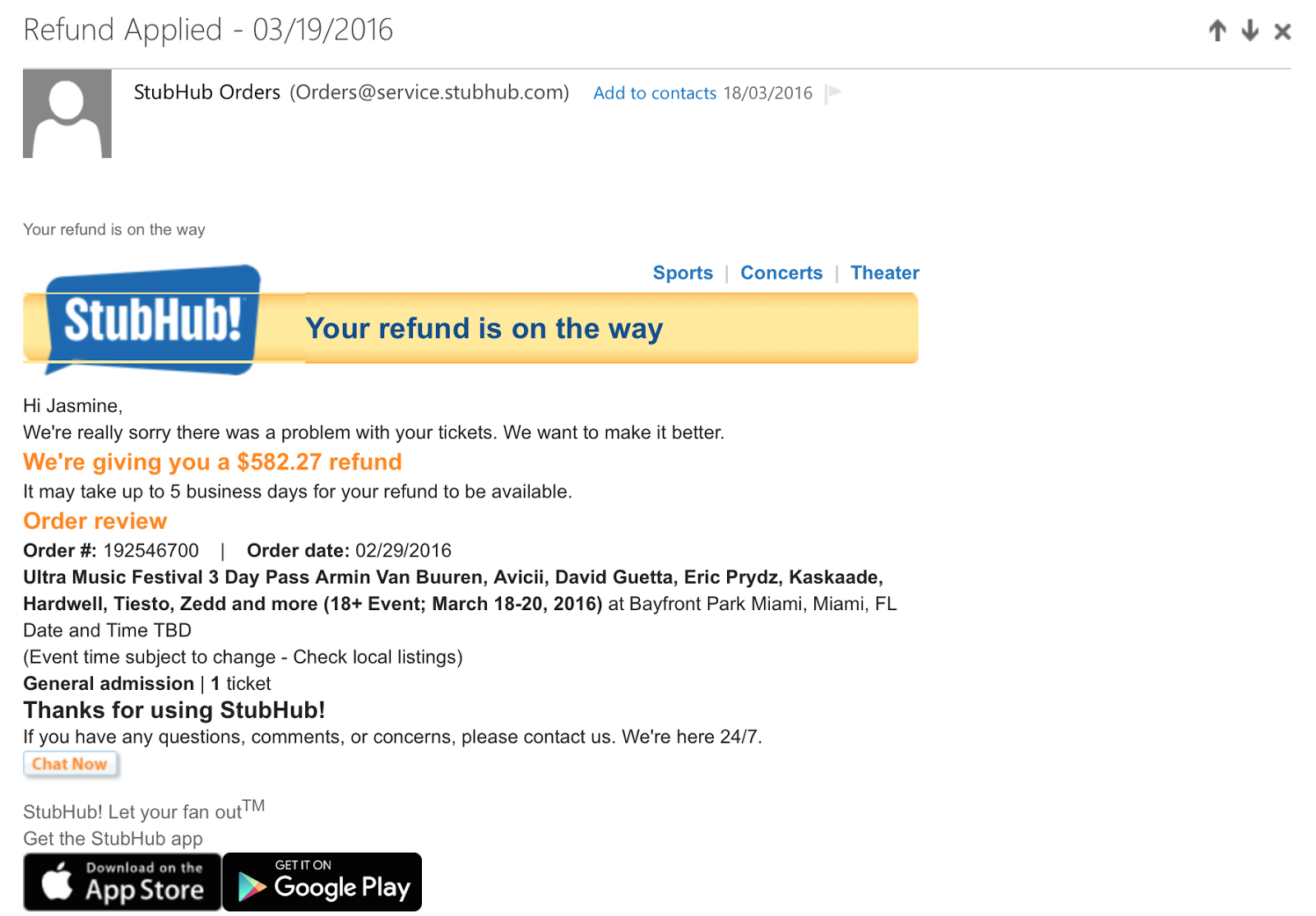 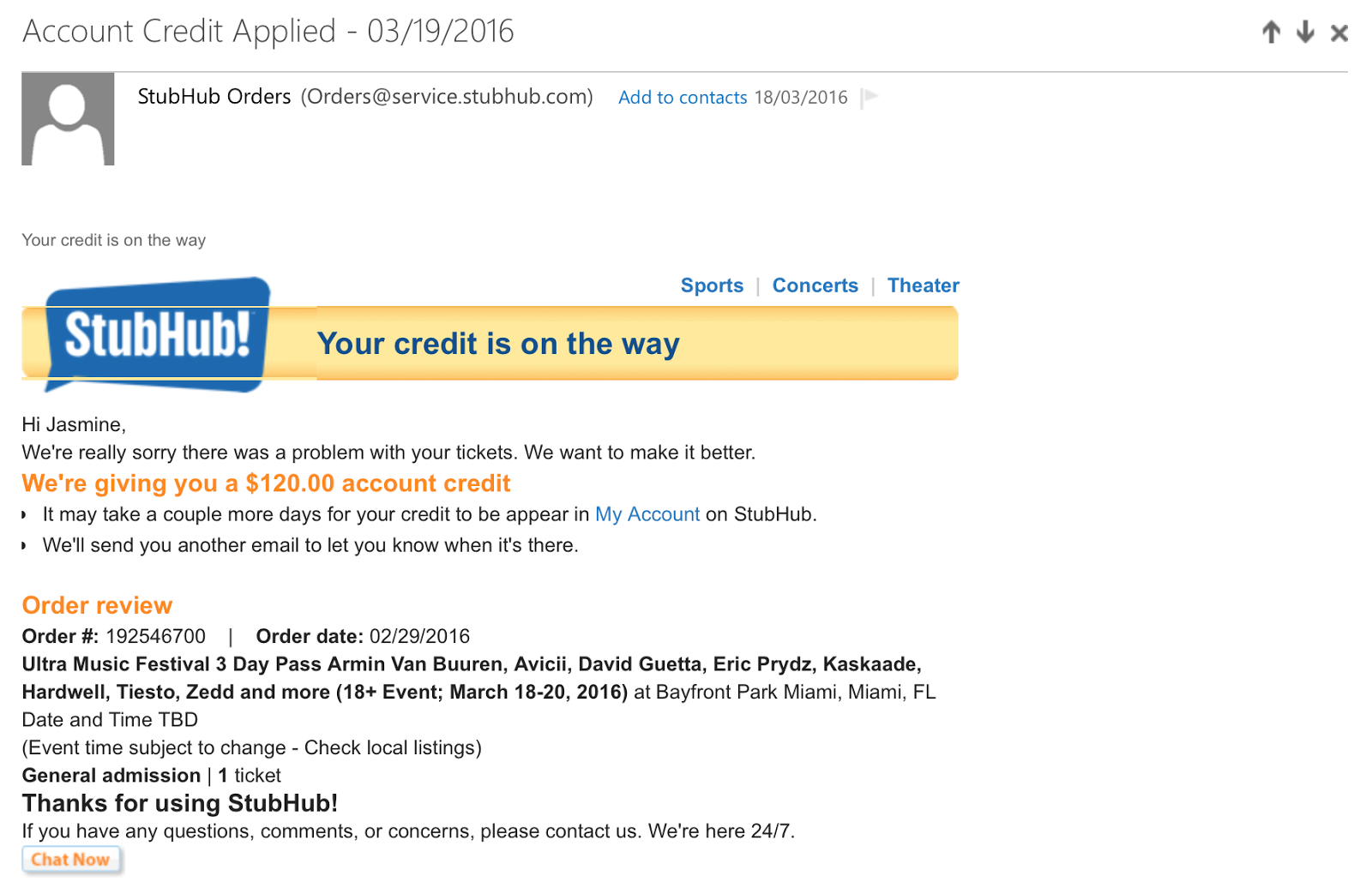 Overall shitty experience to get rejected at the door, but great customer service on StubHub’s end.

So how did I get in Ultra Miami?

Facebook. I went on one of the Ultra Miami groups/pages and found a girl selling her ticket for $200, just for the Saturday. And let me tell you, chick was a bitch, absolute scum.

Initially I thought she was asking $200 for both Saturday and Sunday, but it turned out to be just the one day on Saturday. I got lazy to look for other sellers so I just went with her. Plus she said she had a backstage access which allowed her to go in and out so she could walk me in (in case anything happened – the ticket wouldn’t scan, what have you). We confirmed our meeting time and on the day of, I texted her before we left, texted her again when we were in line to get in, no fucking reply at all. Half an hour later she finally got back to me and said she’d meet me at the ticket check. I made my way there and I saw her waiting inside the festival, literally 10 feet away, and she would not come out. Told security my friend was right there with my ticket, but I wasn’t allowed to proceed regardless. Ended up getting kicked out and thank goodness my friends got in already and watched the girl and made sure she did not bail because after seeing that I got kicked out, chick was just gonna bounce.

My friends reasoned with her that we had a deal so she finally agreed to sell me the ticket but only if I paid $40 more because she apparently got “higher offers”. I was there already and I wasn’t just gonna Uber back again. We ended up having to meet at a side gate because someone lied about having backstage access. Chick got demanding again, saying she wouldn’t pass me the ticket until she had the cash and she actually only had the ticket stub. My friend had to ask around if only the stub could be accepted. It was just such a waste of time and I admit it was my own fault for not planning ahead and buying my tickets earlier, but still, I guess I was just super unlucky.

And for day 3, let’s just say karma exists and that after two unhappy ticket incidents two days in a row, I was very fortunate to have a made a new friend who hooked me up with a ticket for the last day. 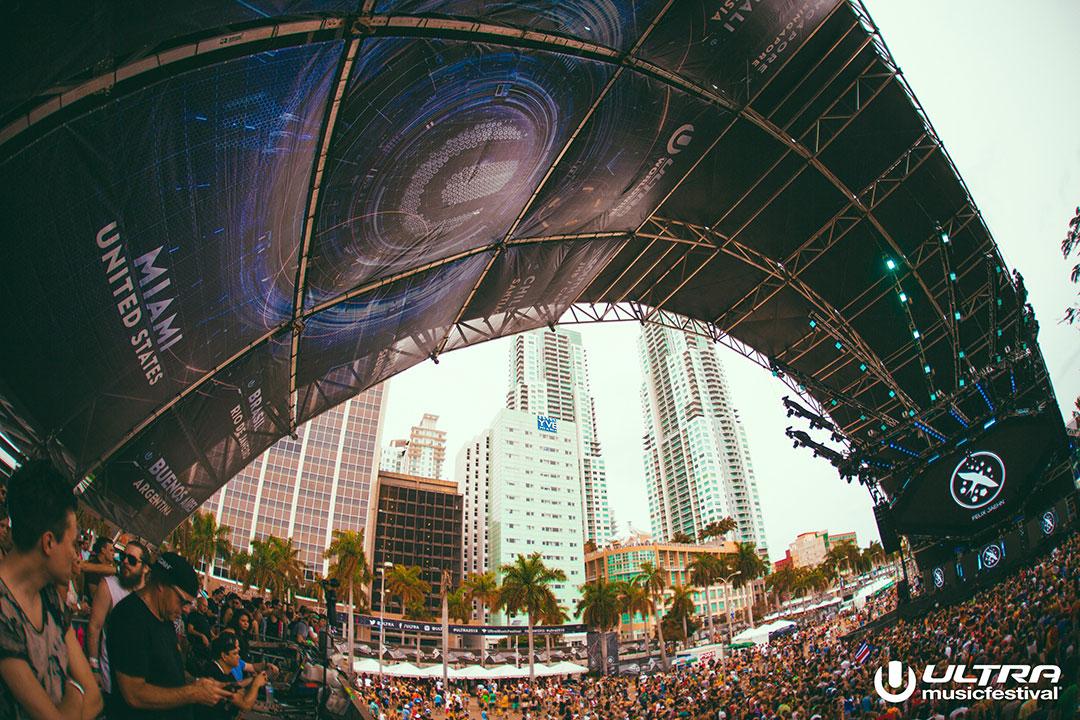 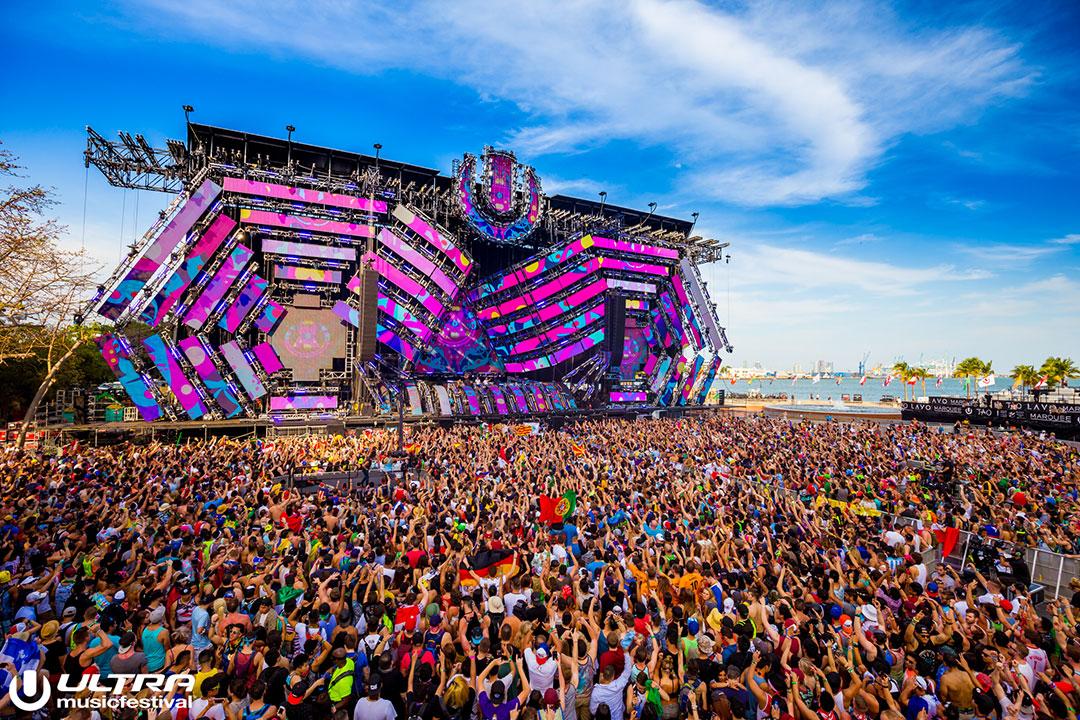 Aside from dropping one grand on airfare and going through all that ticket crap, Ultra was absolutely amazing.

Now getting in was a pain in the ass. Like I said, checkpoints, checkpoints, and multiple checkpoints. ID check, bag check, ticket check, the line was just never ending. Also, grumpiest workers I’ve ever seen at any festival.

I actually got separated from my friends so I ended up partying it up on my own. Met a couple cool folks and if you’re thinking of checking out Ultra but don’t have friends who’d be interested, don’t be afraid to come down by yourself. I met quite a few guys who did that. One dude was actually from Japan and spoke minimal English. Shout outs to that brave soldier! Also met two other Korean dudes, one of whom offered me a drink from his camelback except it was vodka and not water. Not sure if smart or just asking for dehydration trouble. On that note, make sure to stay hydrated whenever you attend a festival. Your body will thank you later.

Music was definitely phenomenal. I discovered Knife Party for the first time, or Pendulum (Pendulum’s the whole band and when it’s just the two DJs, they’re known as Knife Party). The vibe was incredible and I fell in love right away. Ended up staying at the main stage for the whole two days Saturday and Sunday. Saw Afrojack, Avicii, Carnage (with special guest DJ Khaled), David Guetta, Deadmau5, Galantis, Hardwell, Tiesto (with special guest Oliver Heldens), and Zedd. Phew, what a long list. Although I did miss quite a few others that I’d wanted to see. Obviously everyone who played on Day 1 (Dash Berlin, Kygo, Kaskade, Armin, DJ snake, Martin Garrix, Caribou, Tycho, Dannic, etc.) and then a few others on Days 2 and 3 (W&W, Aluna George, KSHMR, Chainsmokers, Vicetone). But that’s the thing with these kinda events. There are always acts going on simultaneously that you are bound to miss a few performances here and there.

Overall great music experience, but my wallet is not happy. Also in terms of “festival”, Ultra felt more like a collective stage to me, not much of a festival. Literally just stages and nothing else really. Would I return? Yes, if I happened to be in Miami. Otherwise it’s too far/expensive hence for me it’s really just a one time kinda thing. 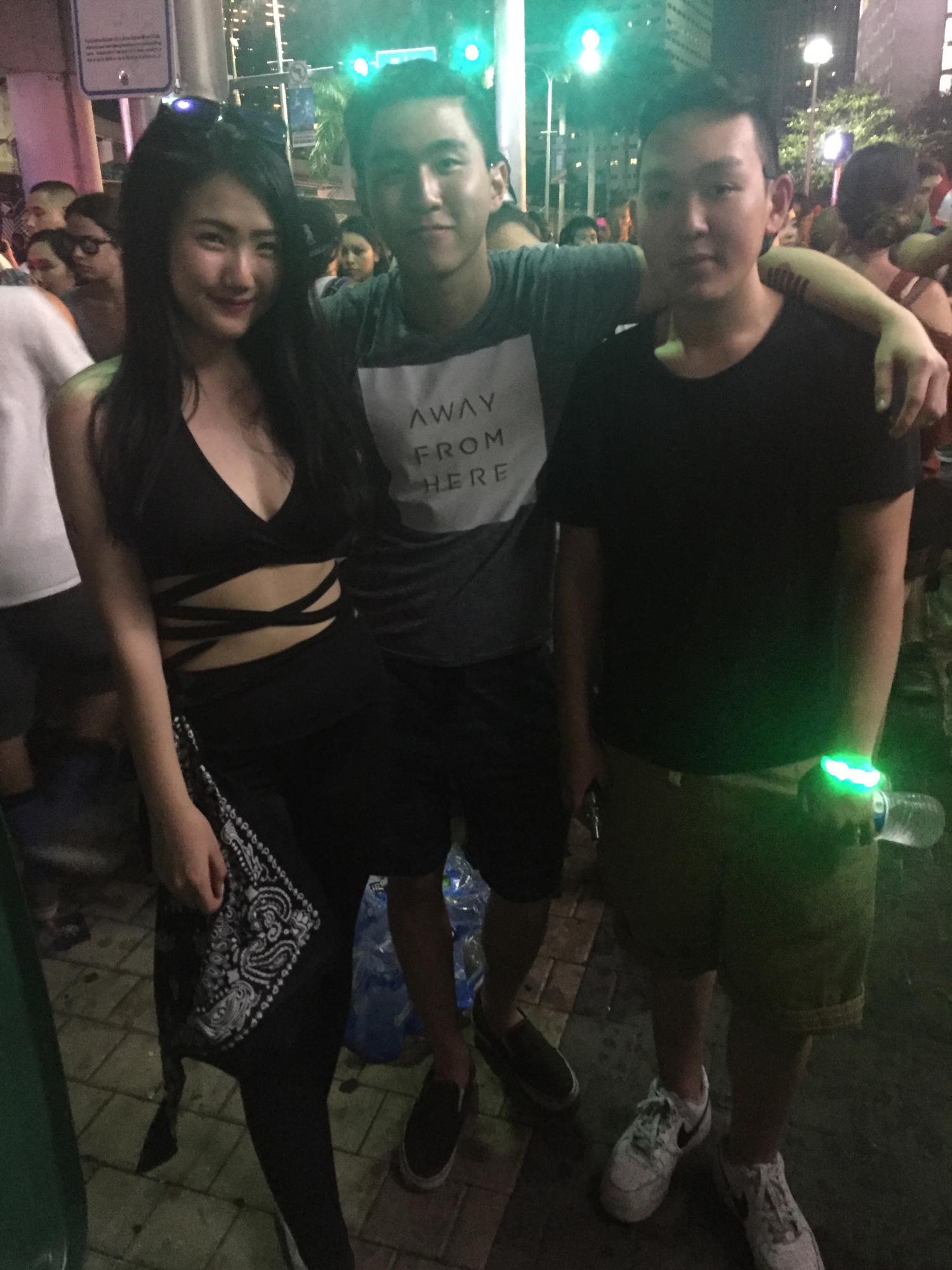 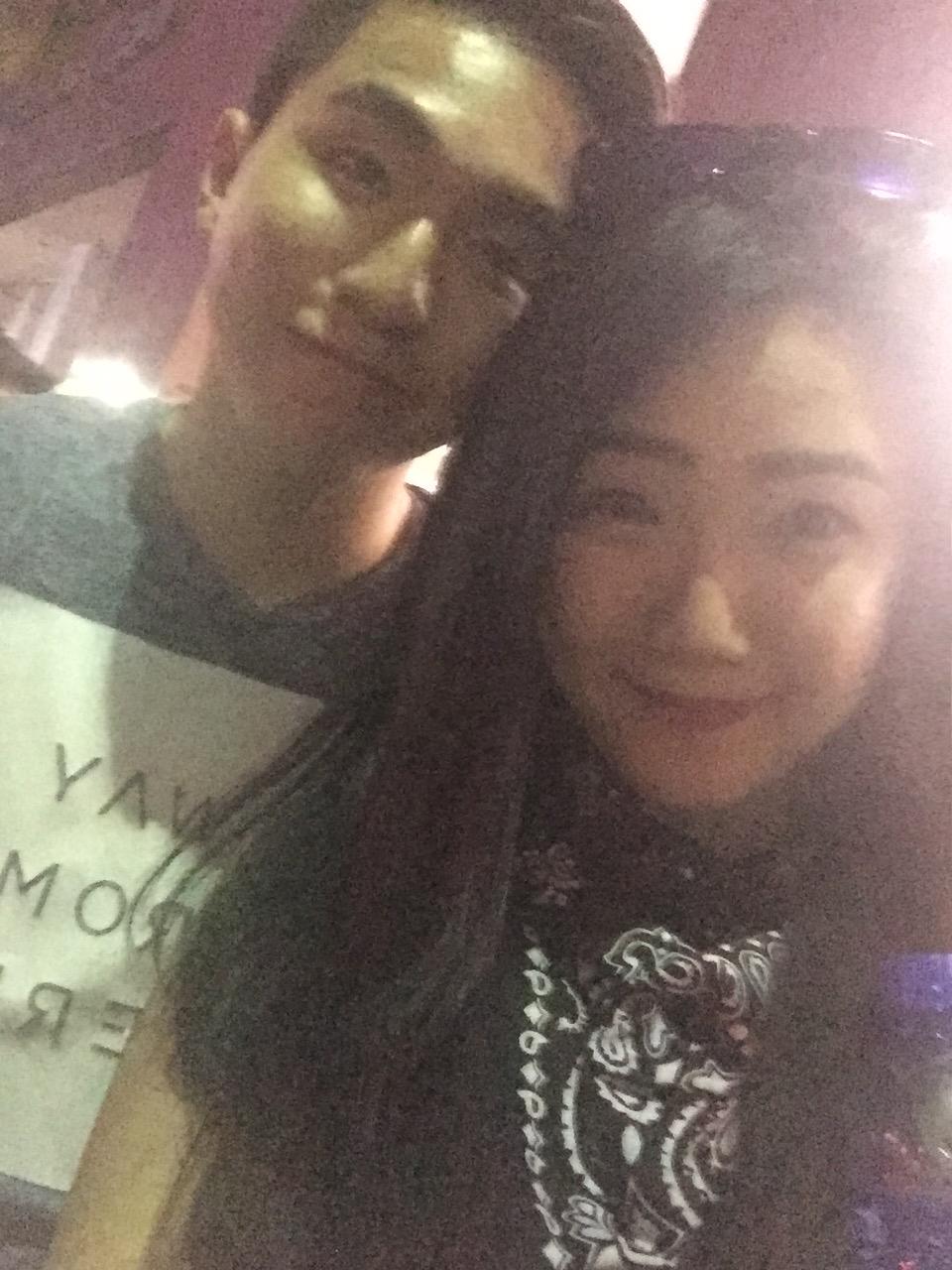 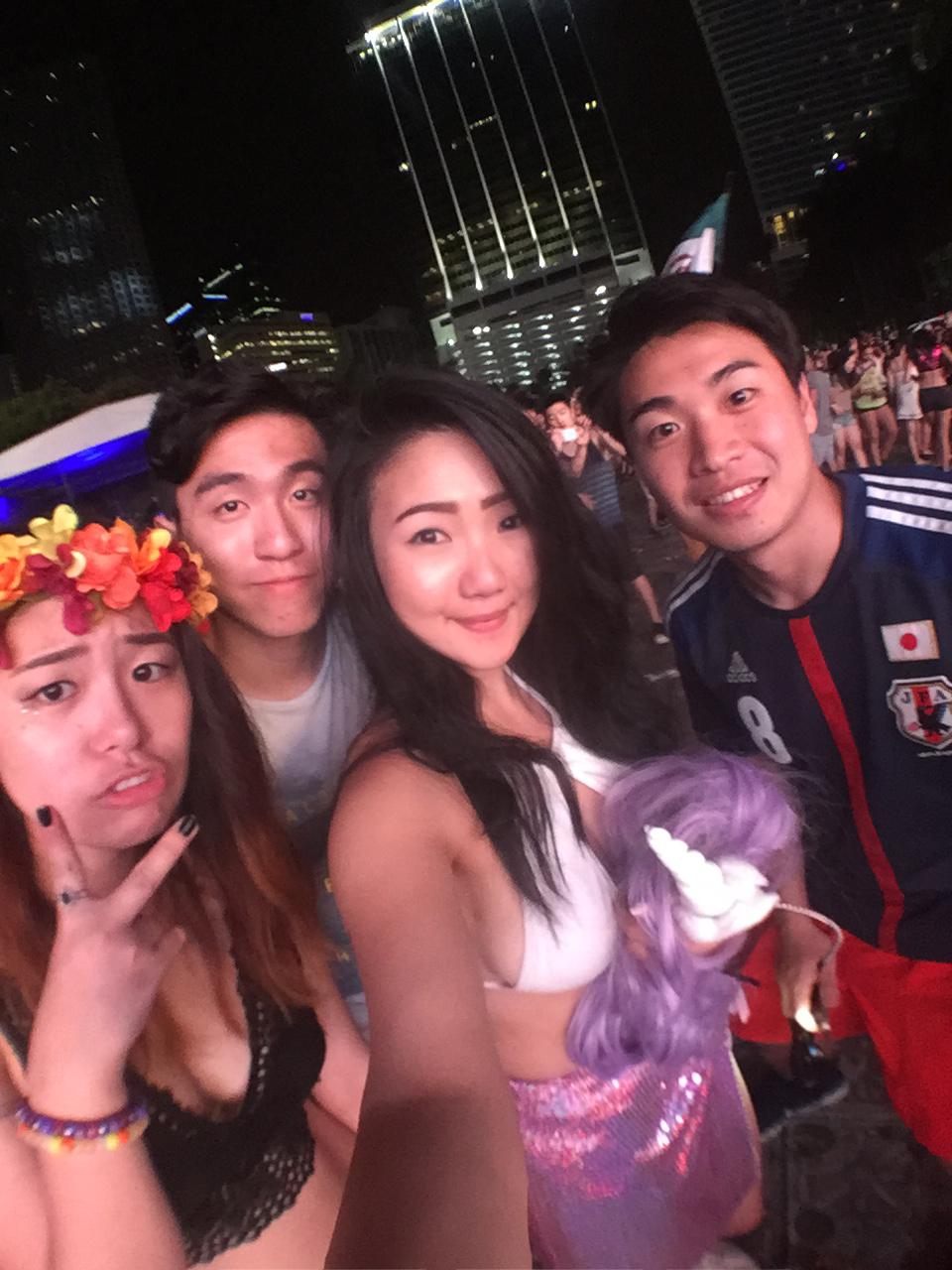 Oh and none of the people in the photos above are the friends I actually came to Ultra with. Just goes to show how easy it is to mingle. So again, don’t feel intimidated and no one’s gonna judge you if you attend alone. Like people will actually give you high fives and applaud you. Totally cool 👍🏼

PS. Quick update on the Coachella ticket. It scanned fine. I’d still think twice the next time I make a purchase from StubHub though. And I’m outtie!