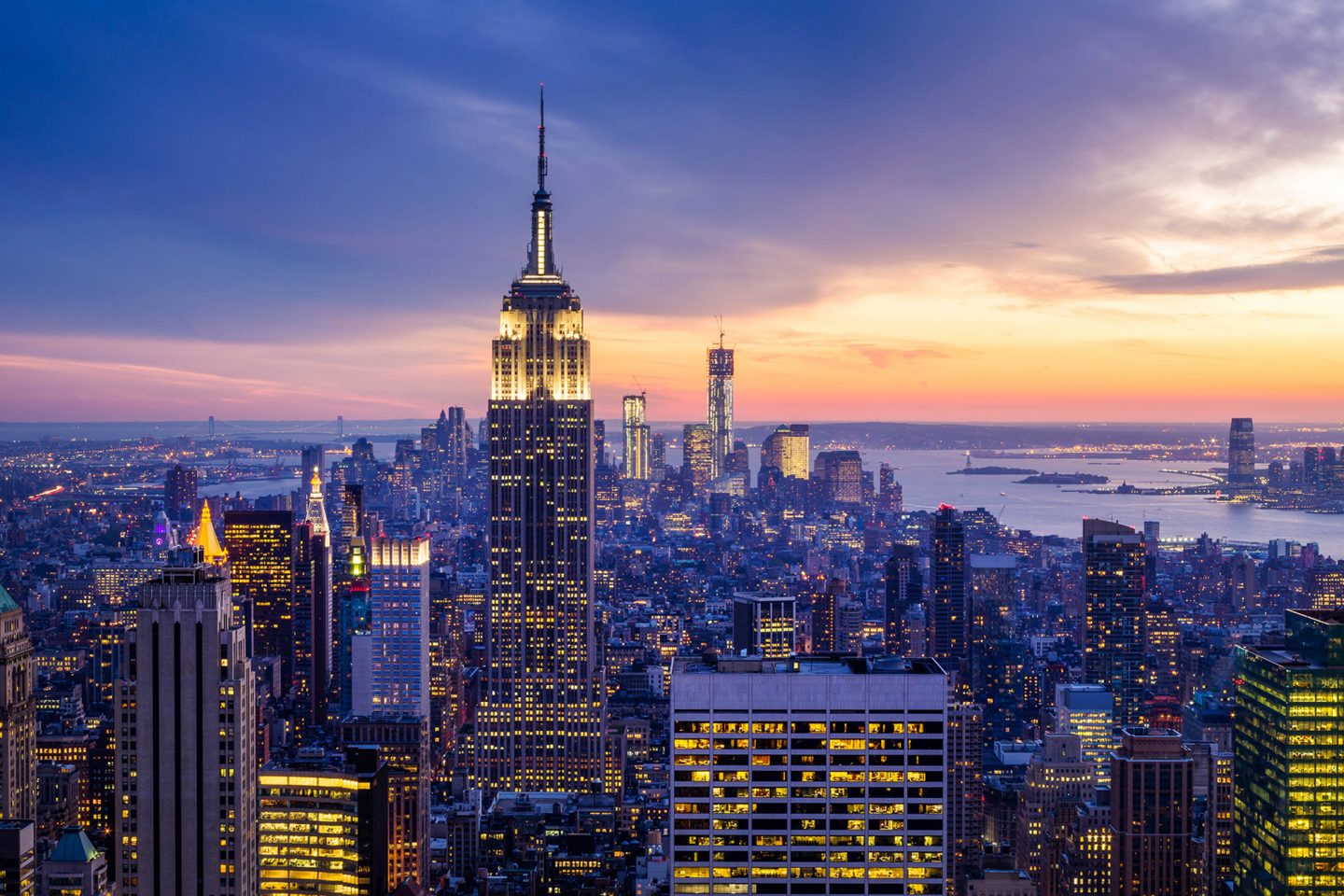 NYC is the city that never sleeps. From the world’s best museums and art galleries to Michelin-starred restaurants and delicious street food, there are countless experiences to indulge in. Not to mention, the endless photo ops. And if you’re still not convinced, these New York quotes will inspire you to plan a visit. Better yet, you can use them as Instagram captions for when you come back from your trip! 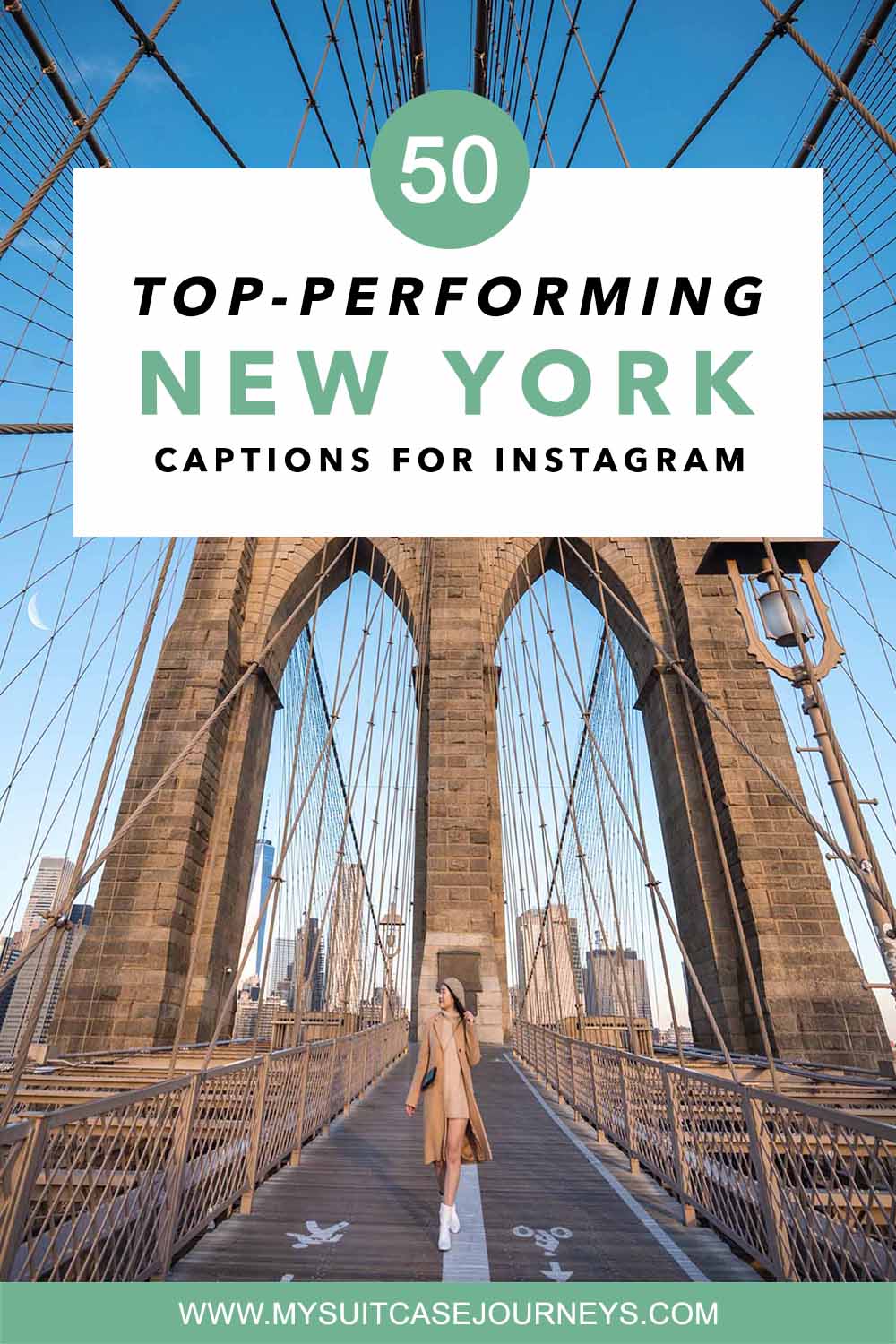 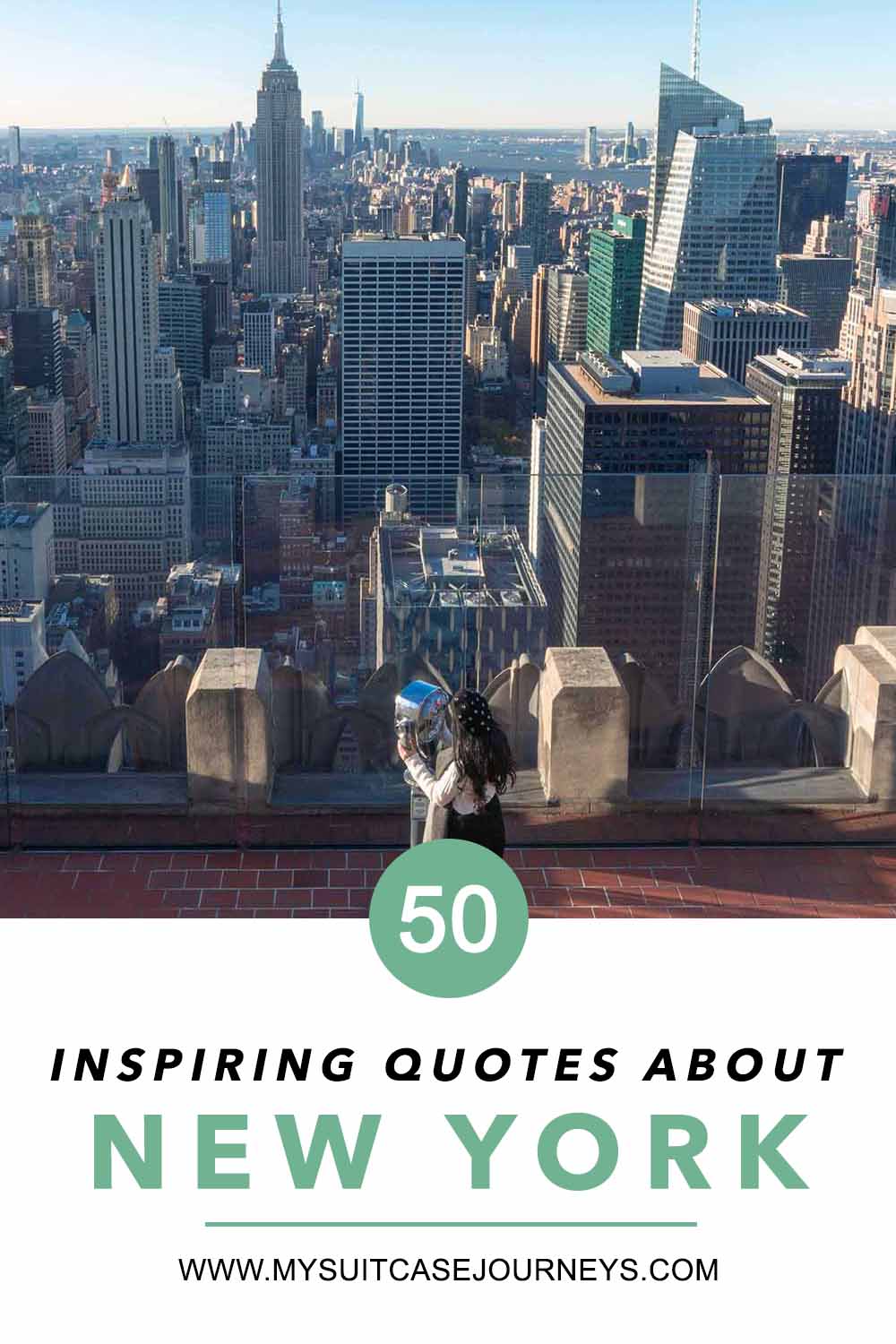 And there you have it! 50 New York Quotes for Instagram. 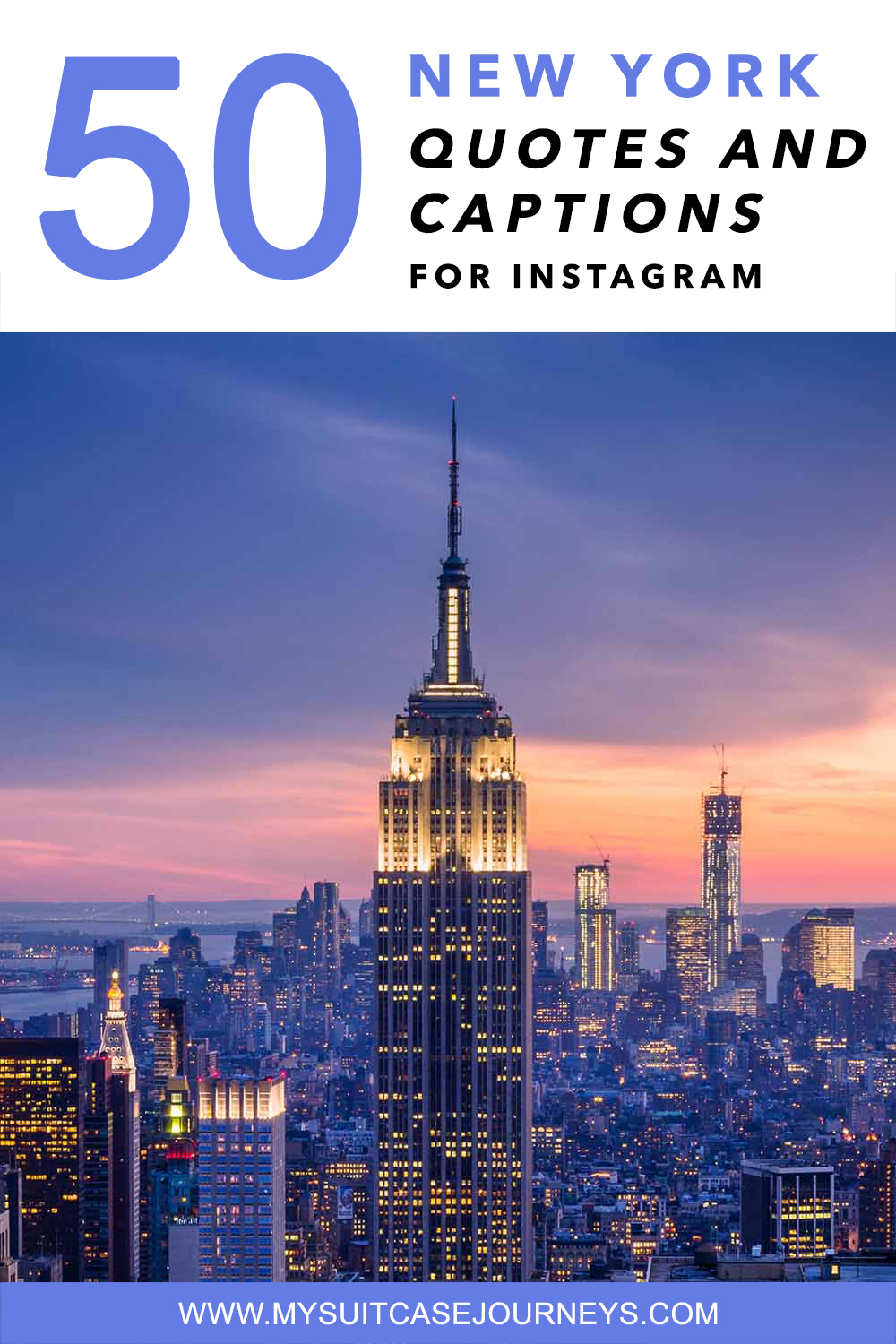 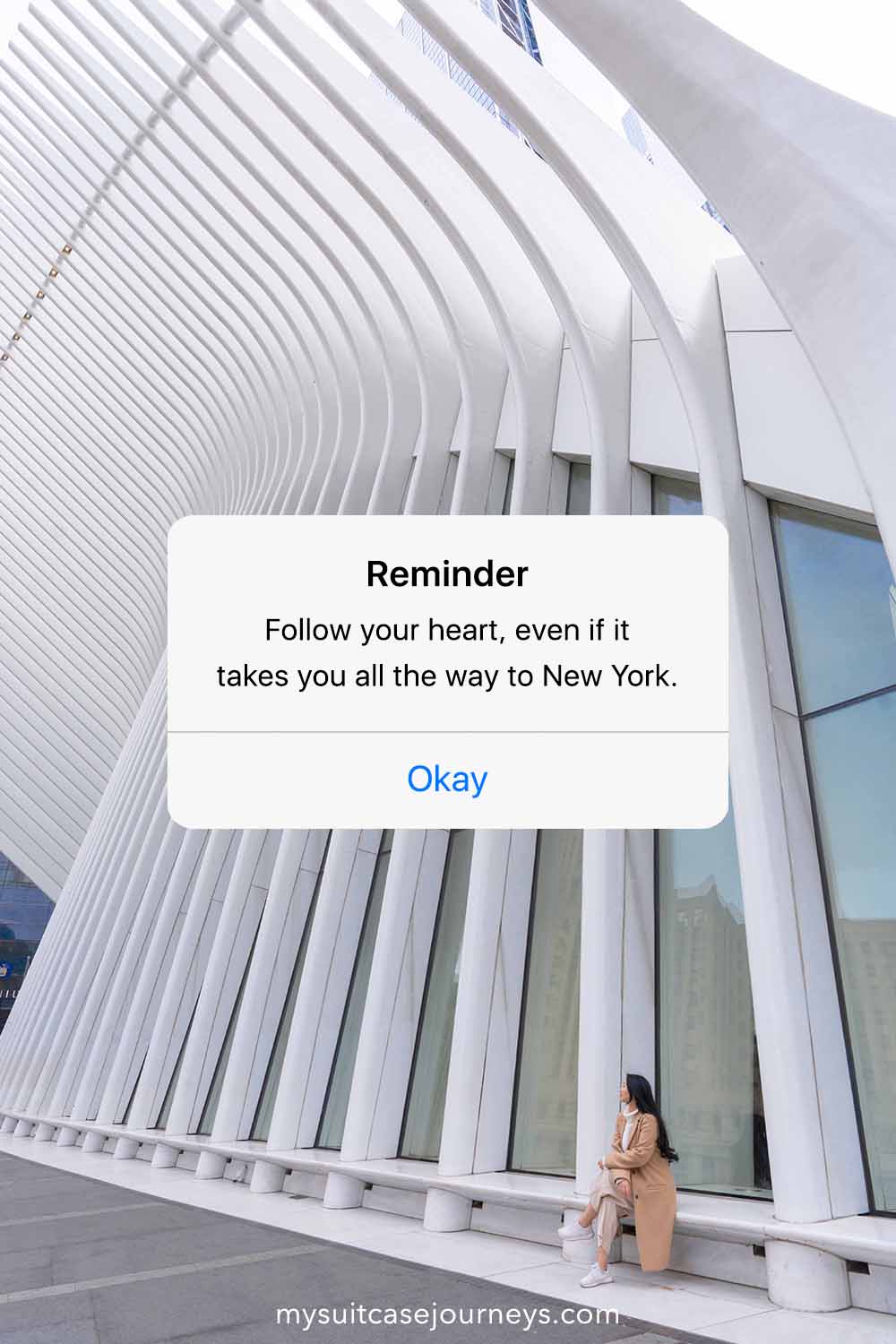 Don’t forget to save these New York City quotes and follow me on IG @mysuitcasejourneys for more travel ideas!

Need additional caption ideas? Check out these other caption guides: