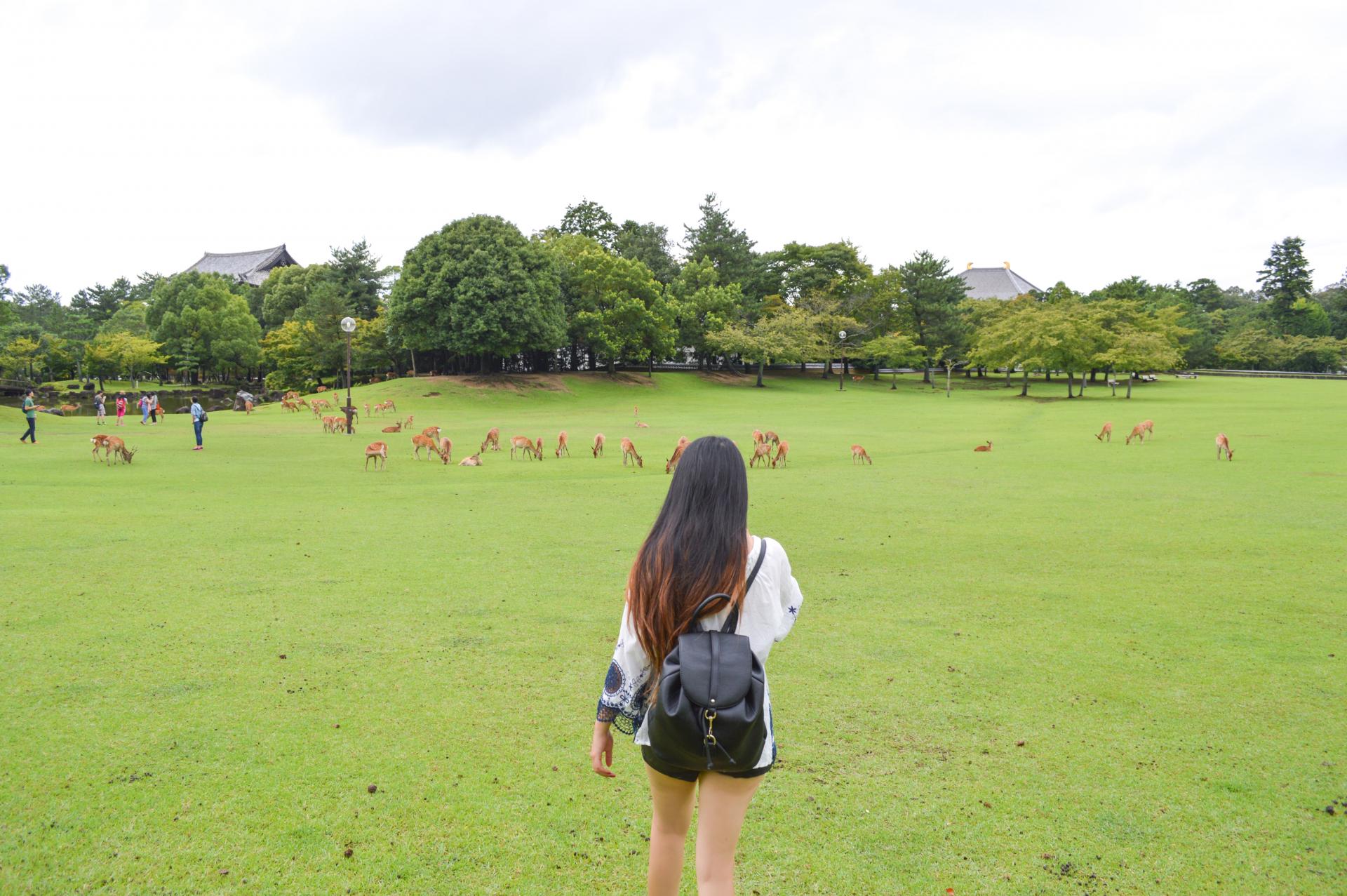 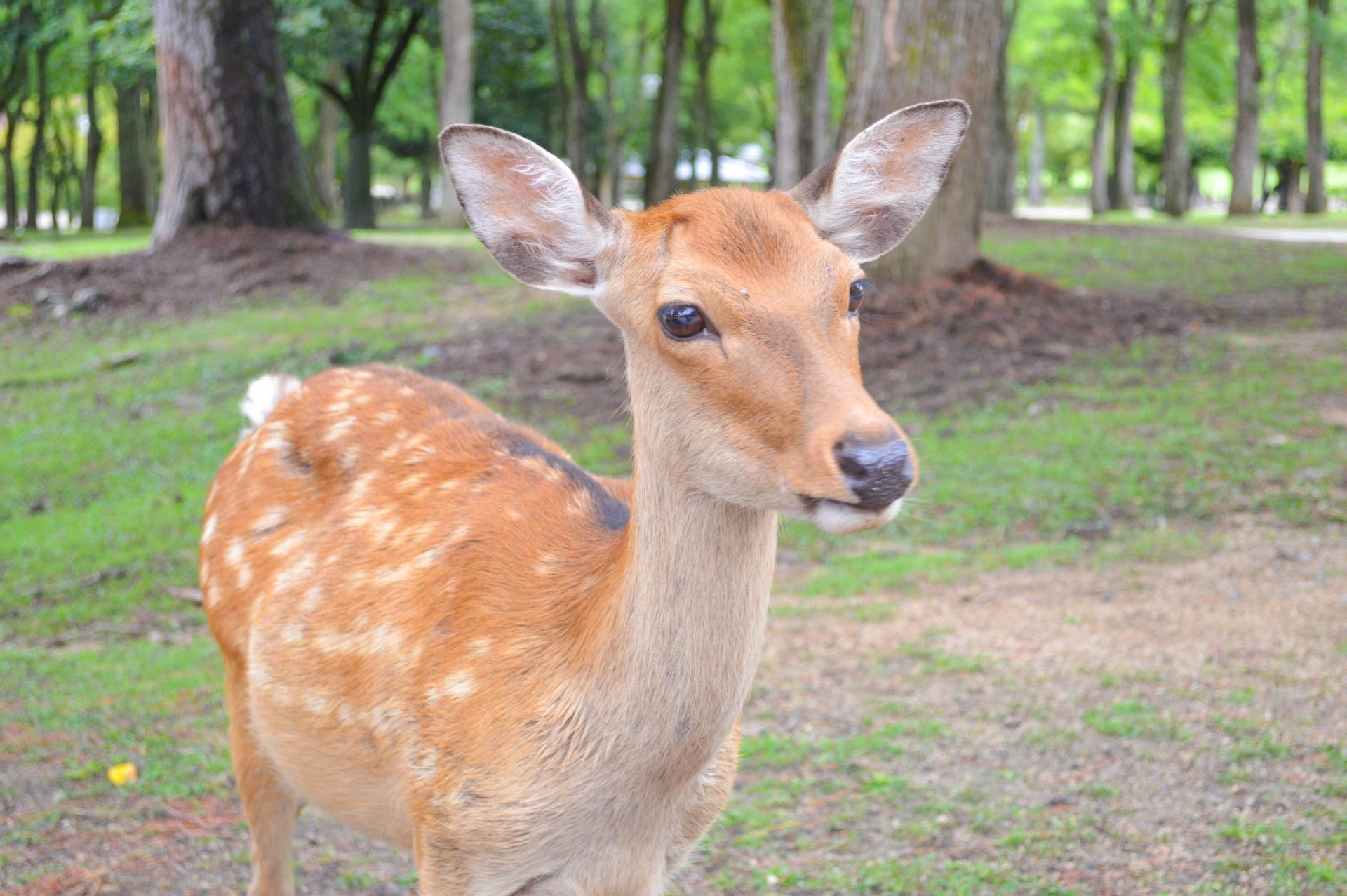 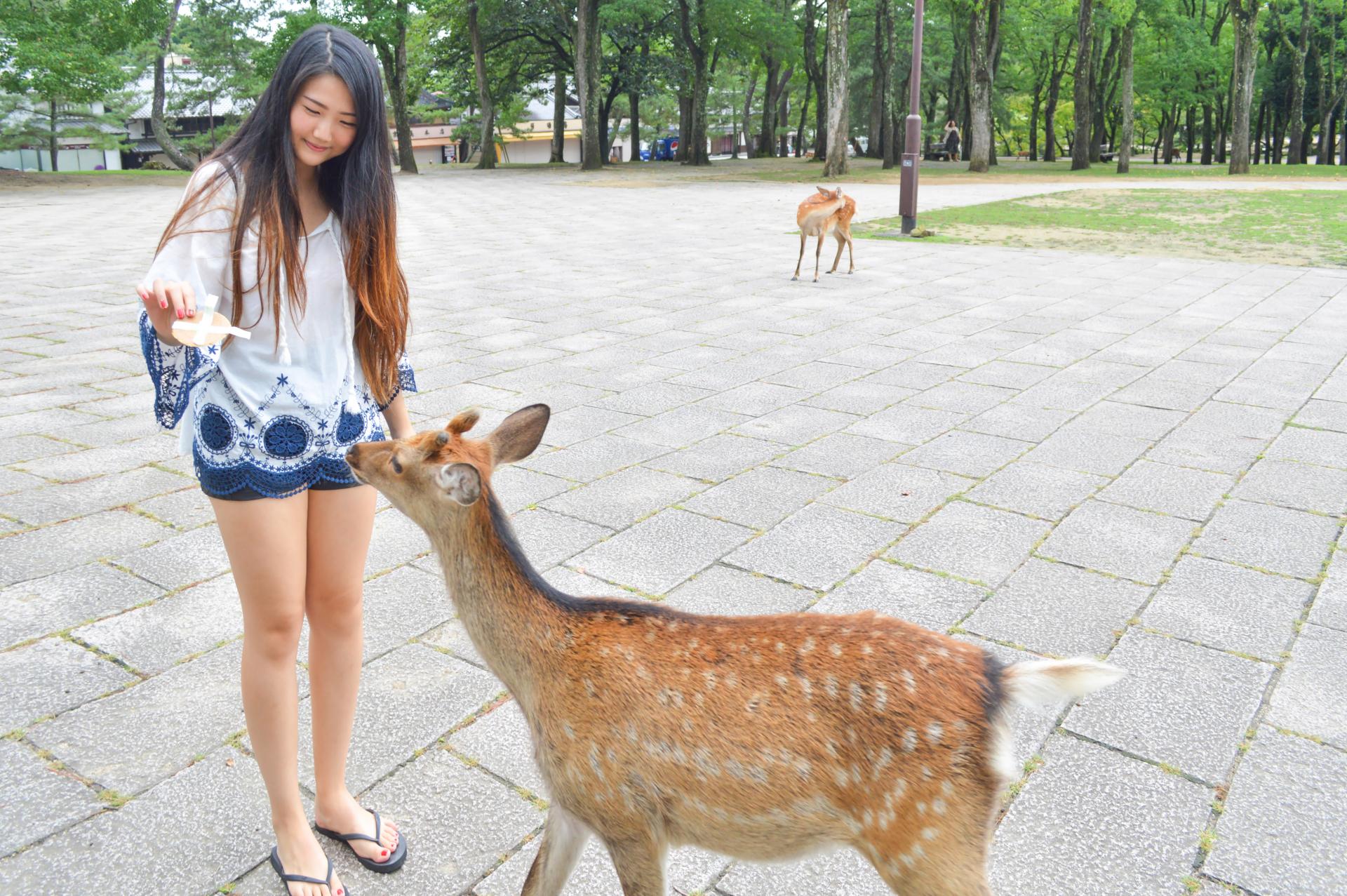 After two nights in Osaka, which you can read about ≪here≫, we took the railway Kintetsu-Nara Line to Nara Park for a quick day visit. 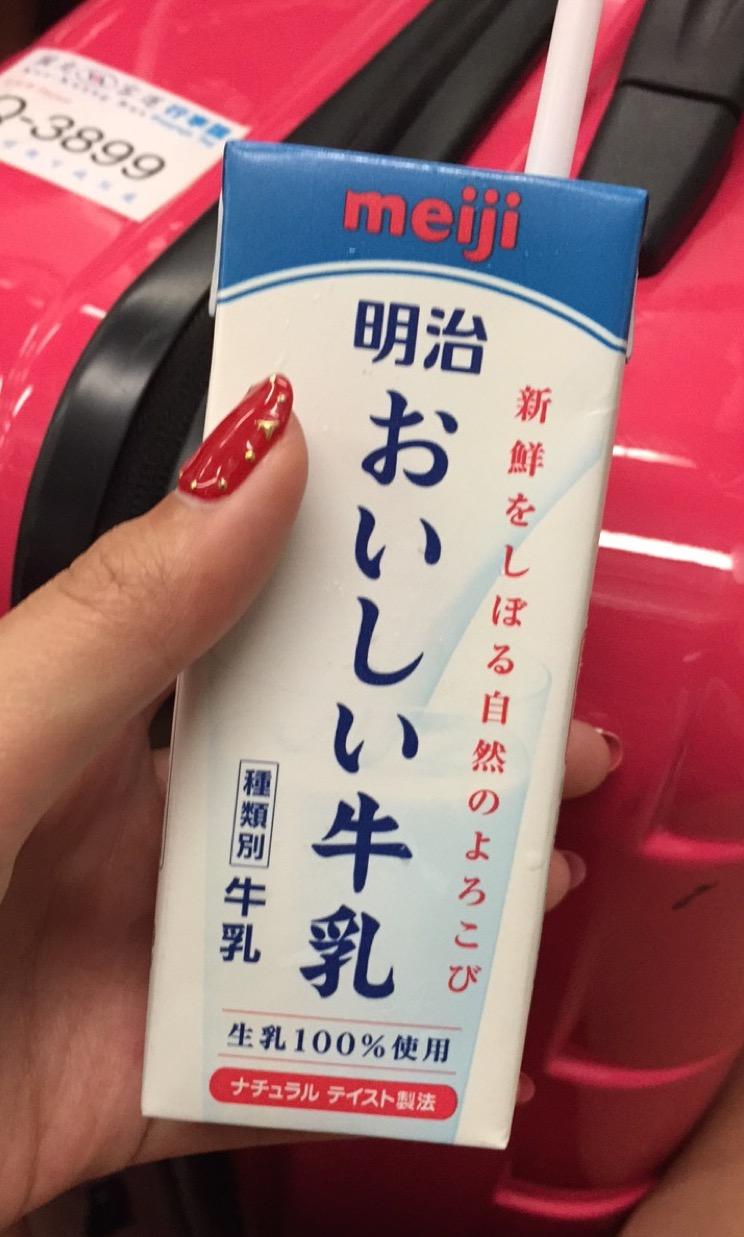 We left in the morning and the train ride was approximately an hour. We grabbed breakfast on the go and I had Meiji milk which literally said “delicious milk” (おいしい牛乳) on the carton and I just thought that was kind of interesting, kind of hilarious. 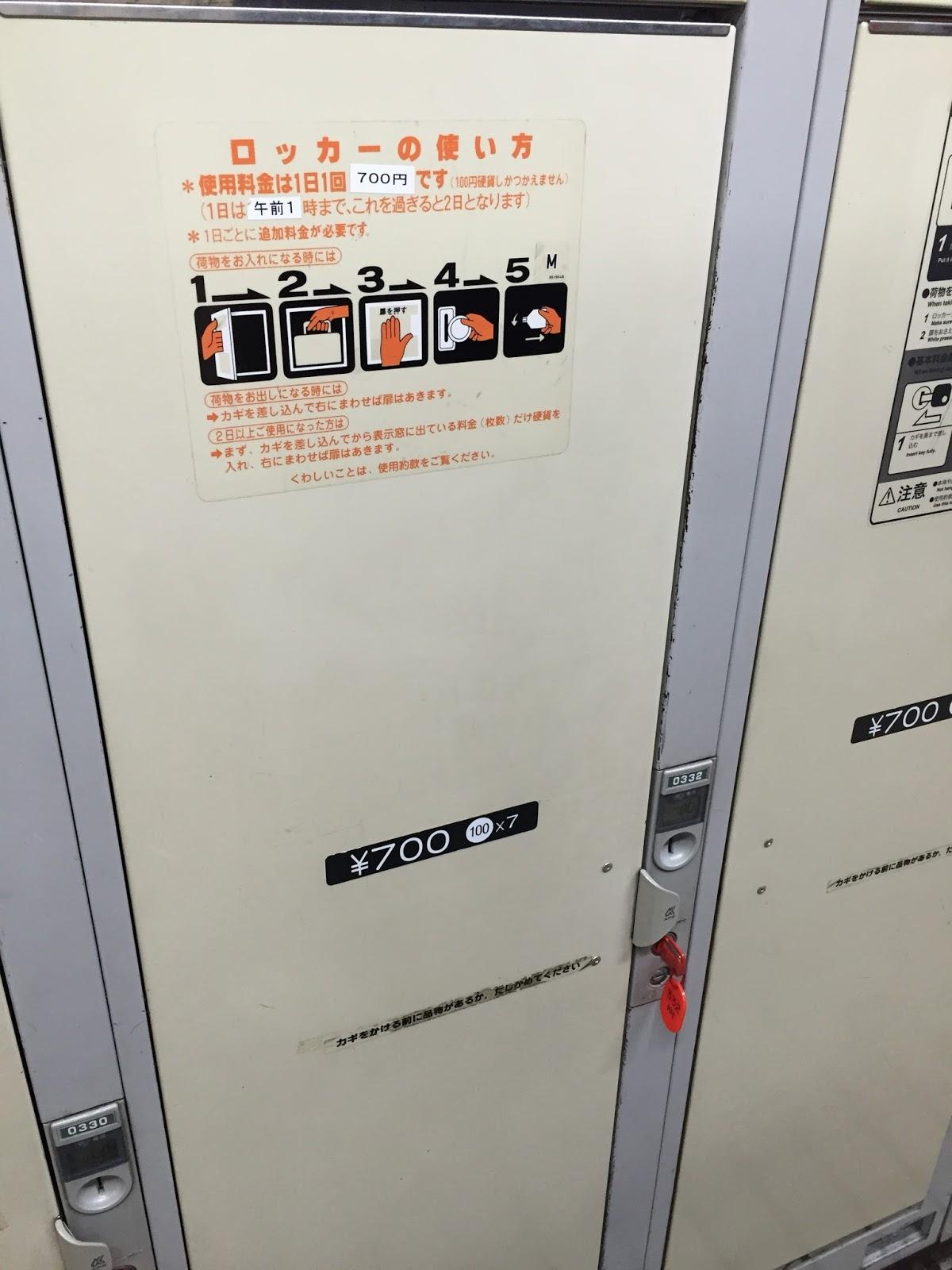 Since we weren’t returning to Osaka, we had to bring our luggage along. At the Kintetsu-nara Station, there were coin lockers for travellers like us. The prices varied by locker size, ¥400 (~$4.35 CAD) for a small locker and ¥700 (~$7.60 CAD) for the large, per day. We had one medium-sized suitcase and one small carry-on luggage and both fit into the large locker. Most big stations (JR stations) will have coin lockers available for rent.

From Kinetsu-nara Station, you can either walk to the park or you can take the bus there. The walk takes about 5-7 minutes or so, but depending on where in the park you are visiting because it is a fairly big park. If, for example, you want to see the Todaiji Shrine, the walk will take you approximately 20 minutes. As for bussing, the adult fare is ¥200 (~$2.20 CAD) per person. We took the bus going there and I didn’t pay attention to time so I can’t say for sure how long the ride took. I did, however, find a ≪useful link≫ about bussing in Nara so give it a look if you want more information. Coming back, we walked and I recommend walking > bussing because you get to see more of the city. 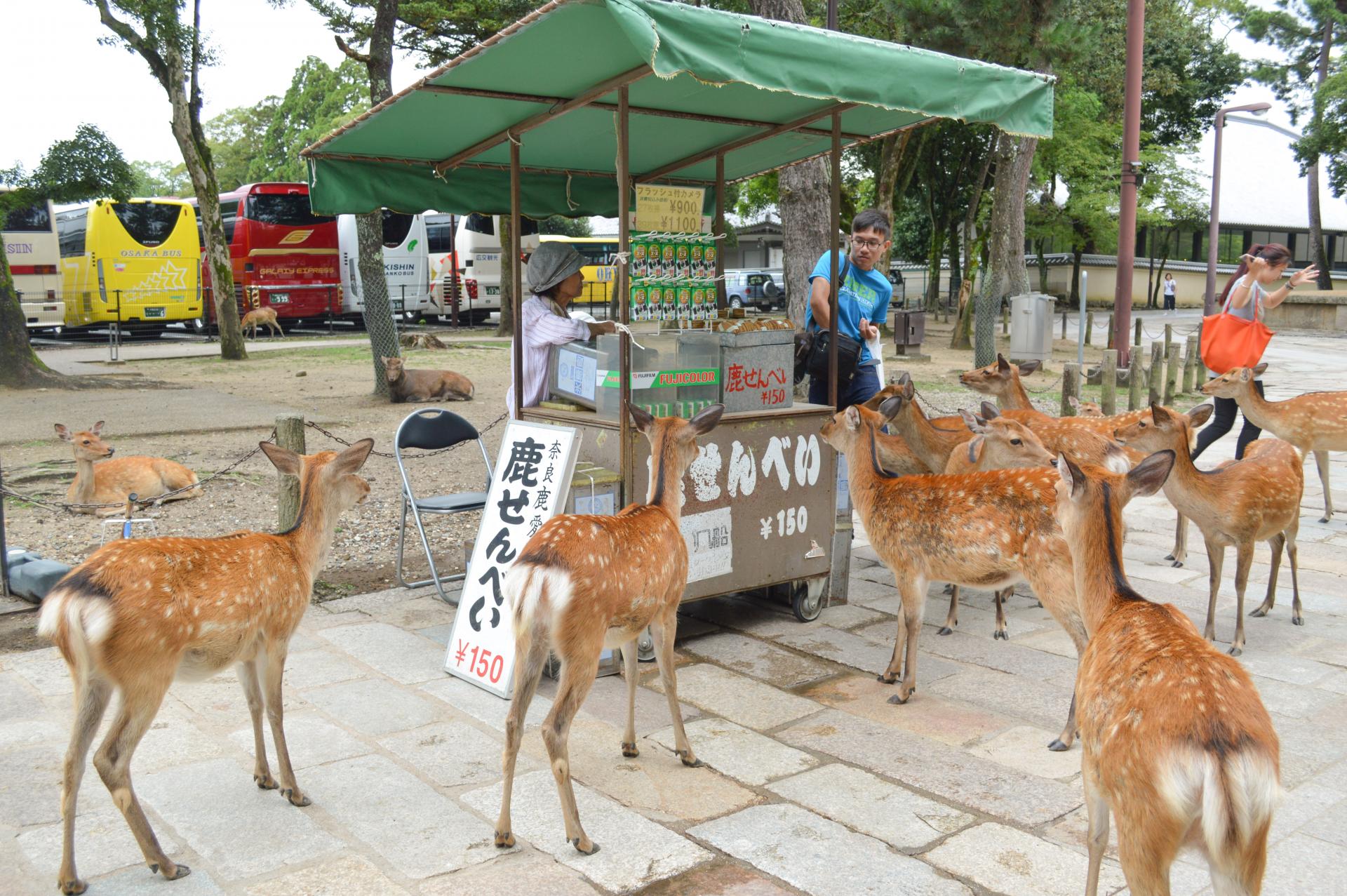 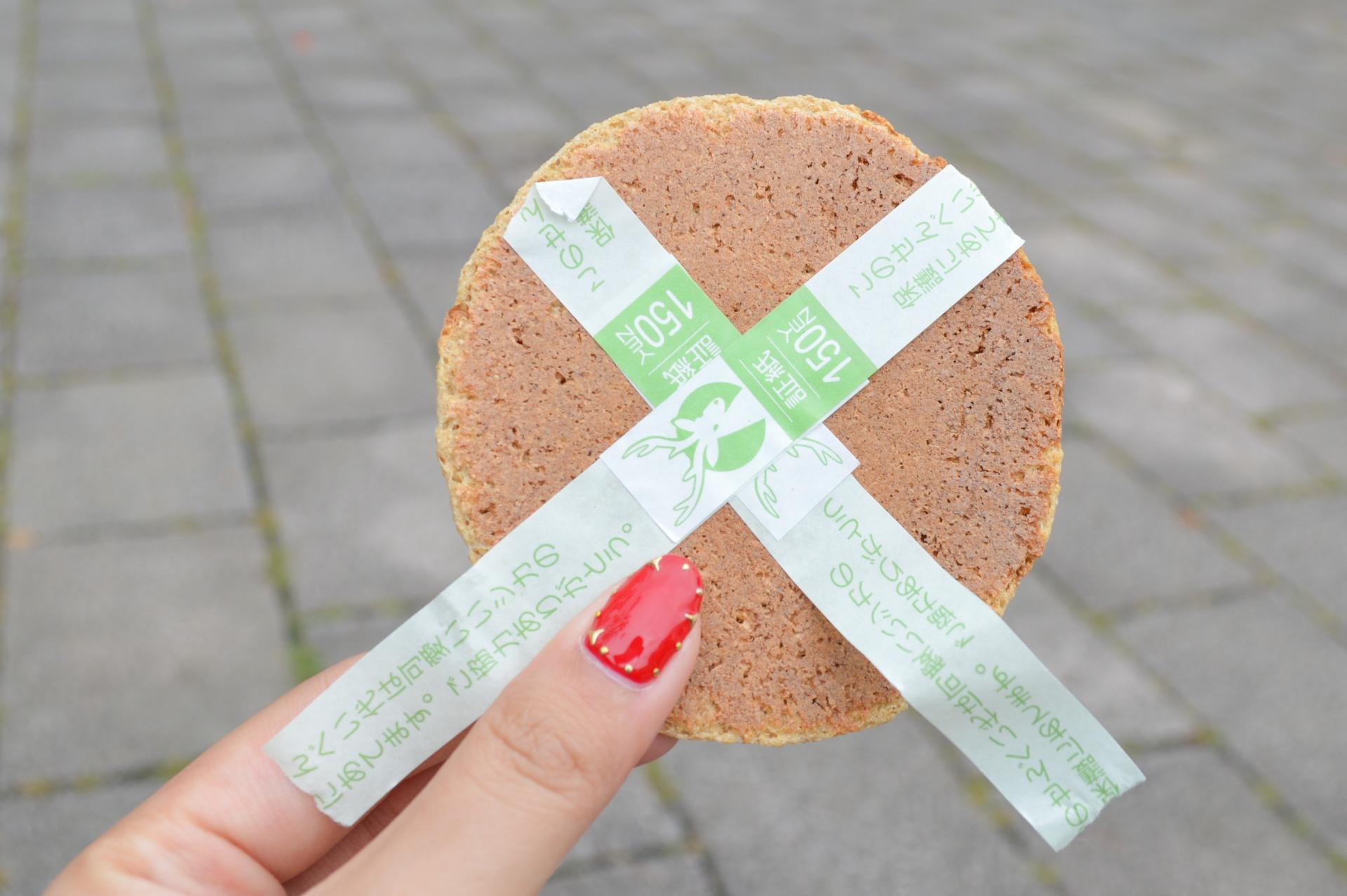 When you enter the park, you will see vendors selling 鹿せんべい or deer crackers. For  ¥150 (~$1.60 CAD), you get a stack of about 10 and you can feed these to the deer. The paper is edible as well so no need to worry.

As soon as I bought a stack, I was instantly surrounded. Although these deer are wildlife animals, and according to warning signs around the park, can attack you, they are very polite when it comes to asking for cookies. With the stack of crackers in one hand, you wave it up and down and the deer will bow to you. Then you can proceed to feed them. And when you run out of cookies, remember to hold both hands up and show them your palms to indicate that you have no more. Or so this was what I was told to do…

I’m not sure if I was lucky or unlucky, but the herd of deer that had surrounded me were all does, with one being a buck. He looked different from the other bucks too. He was much darker in color, much bigger, and his antlers had been cut off. And so here I was, my first time feeding deer and this buck was trying to show me who the boss was. As soon as I held out my hand with the stack of cookies, he head butted me straight on. Talk about being aggressive! He wouldn’t let me feed the other does either and just kept demanding for crackers. Even after I showed him I had no more crackers, he chased me and head butted me again several times from the back. I’m not lying when I say I was running for my life. But that was only that one grumpy buck. The rest were all quite friendly. 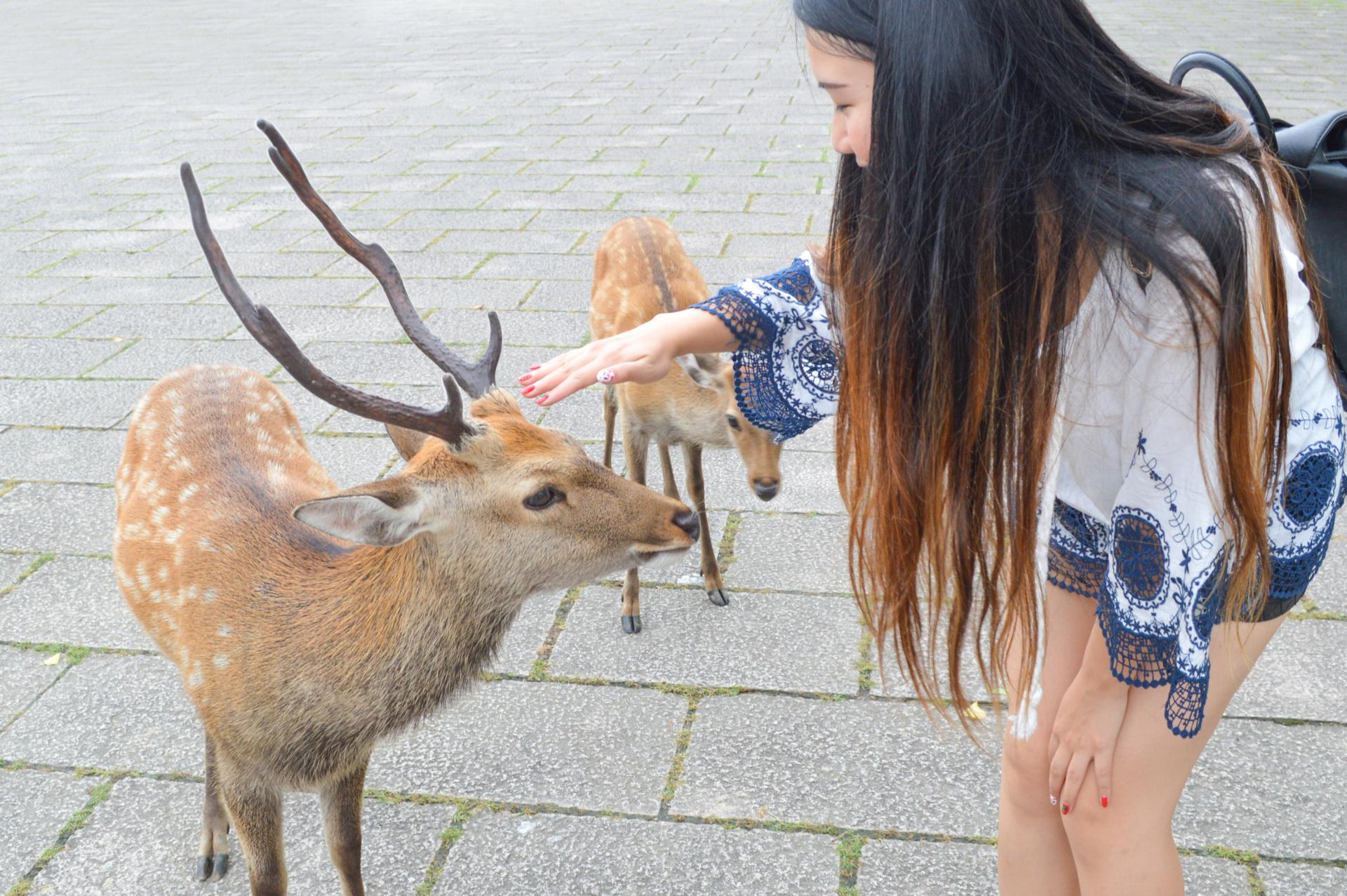 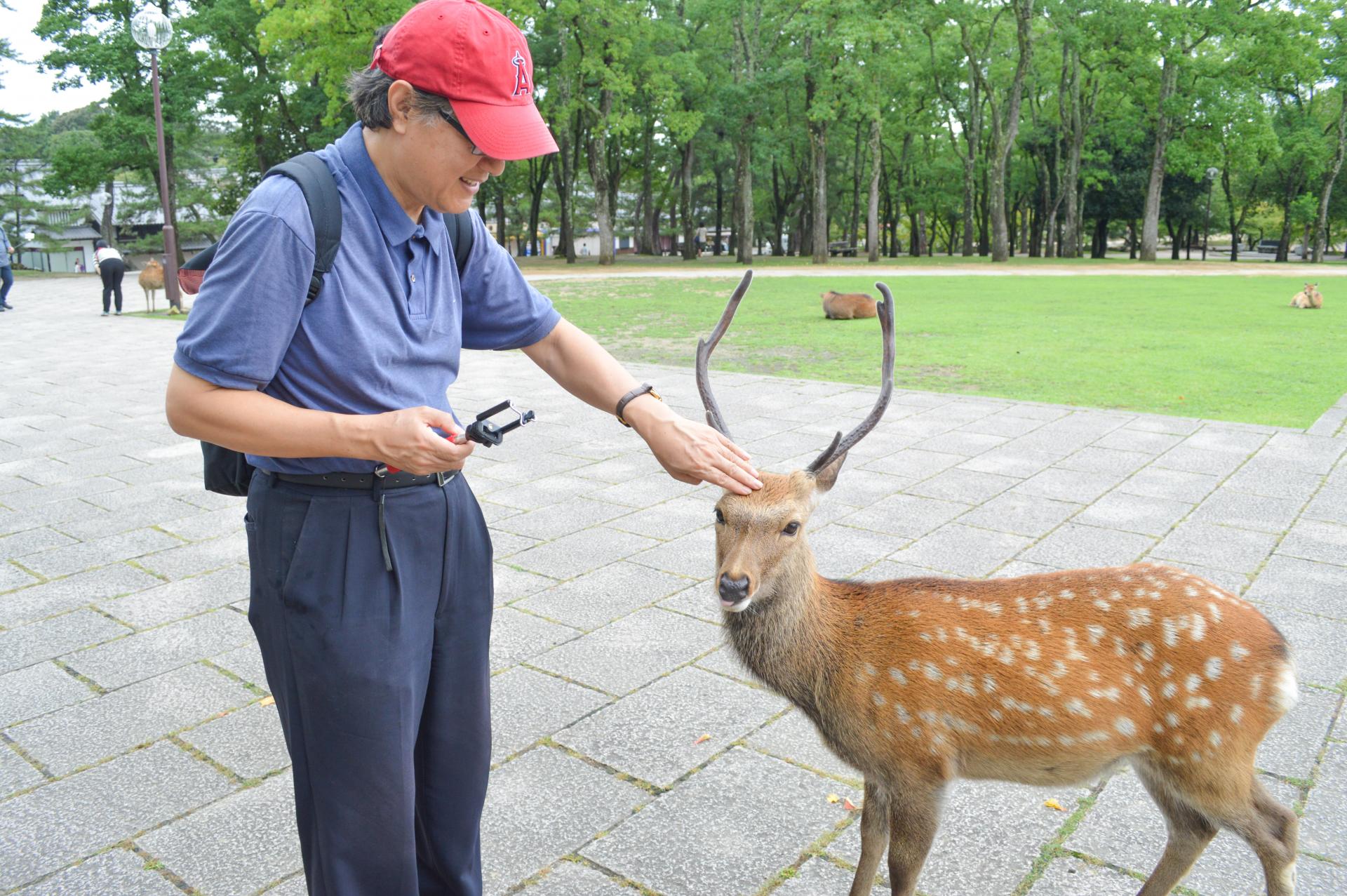 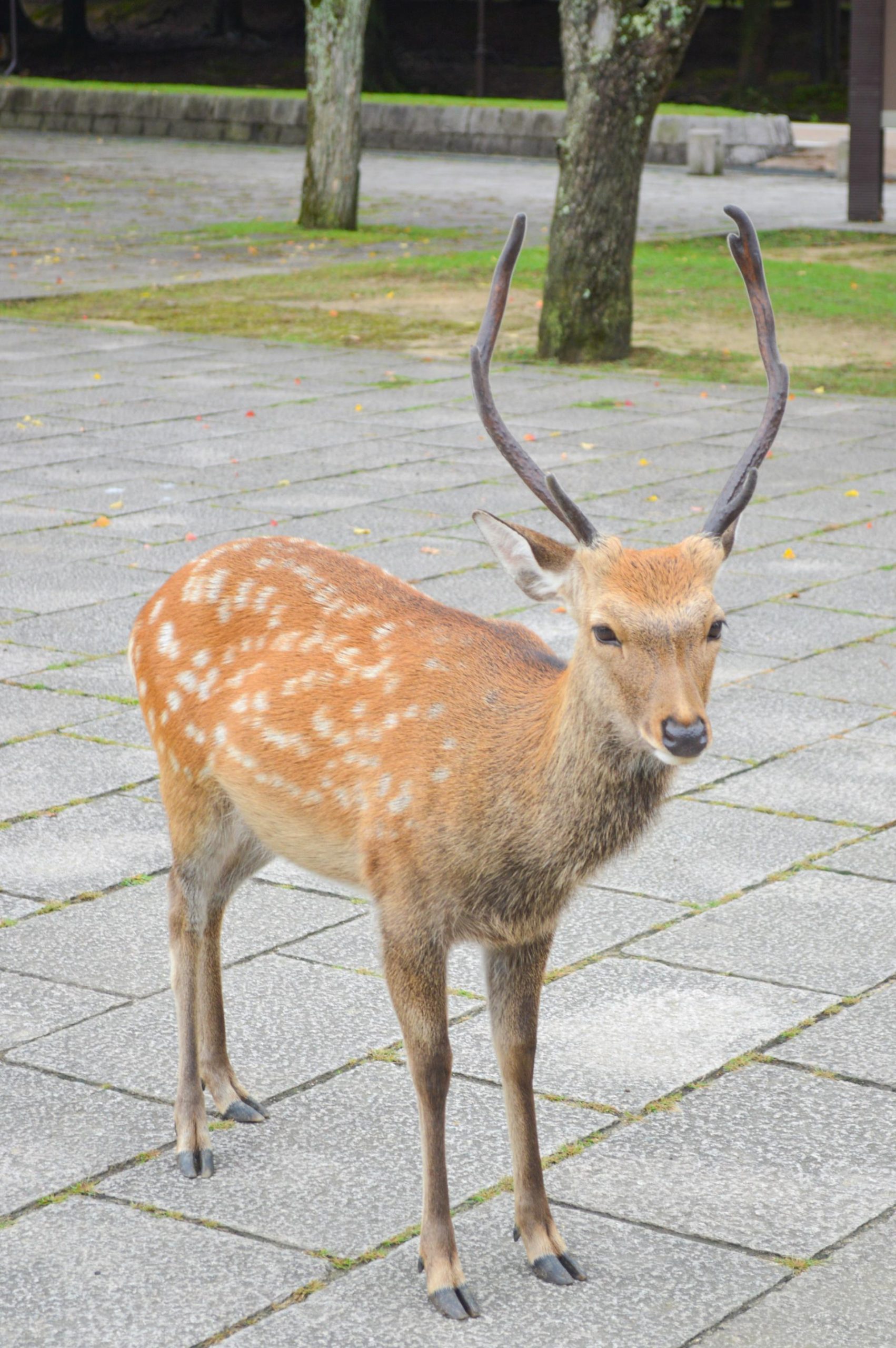 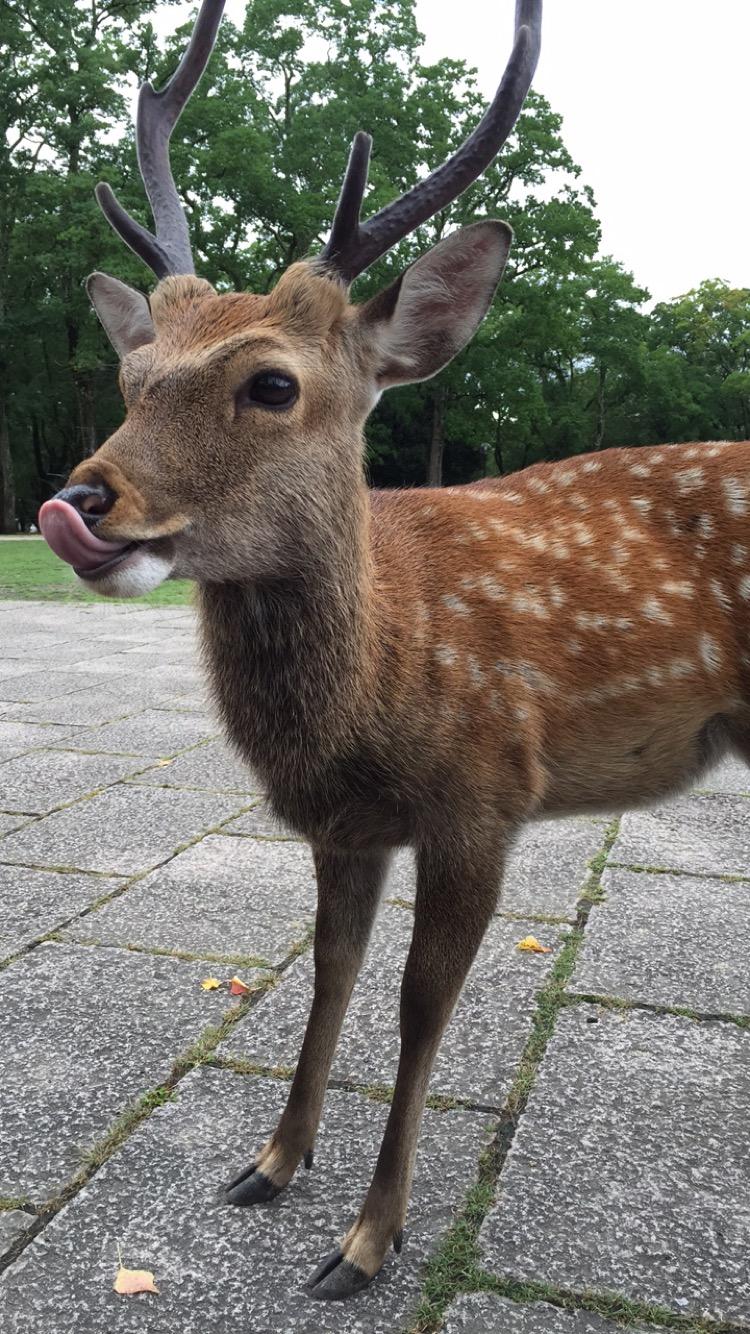 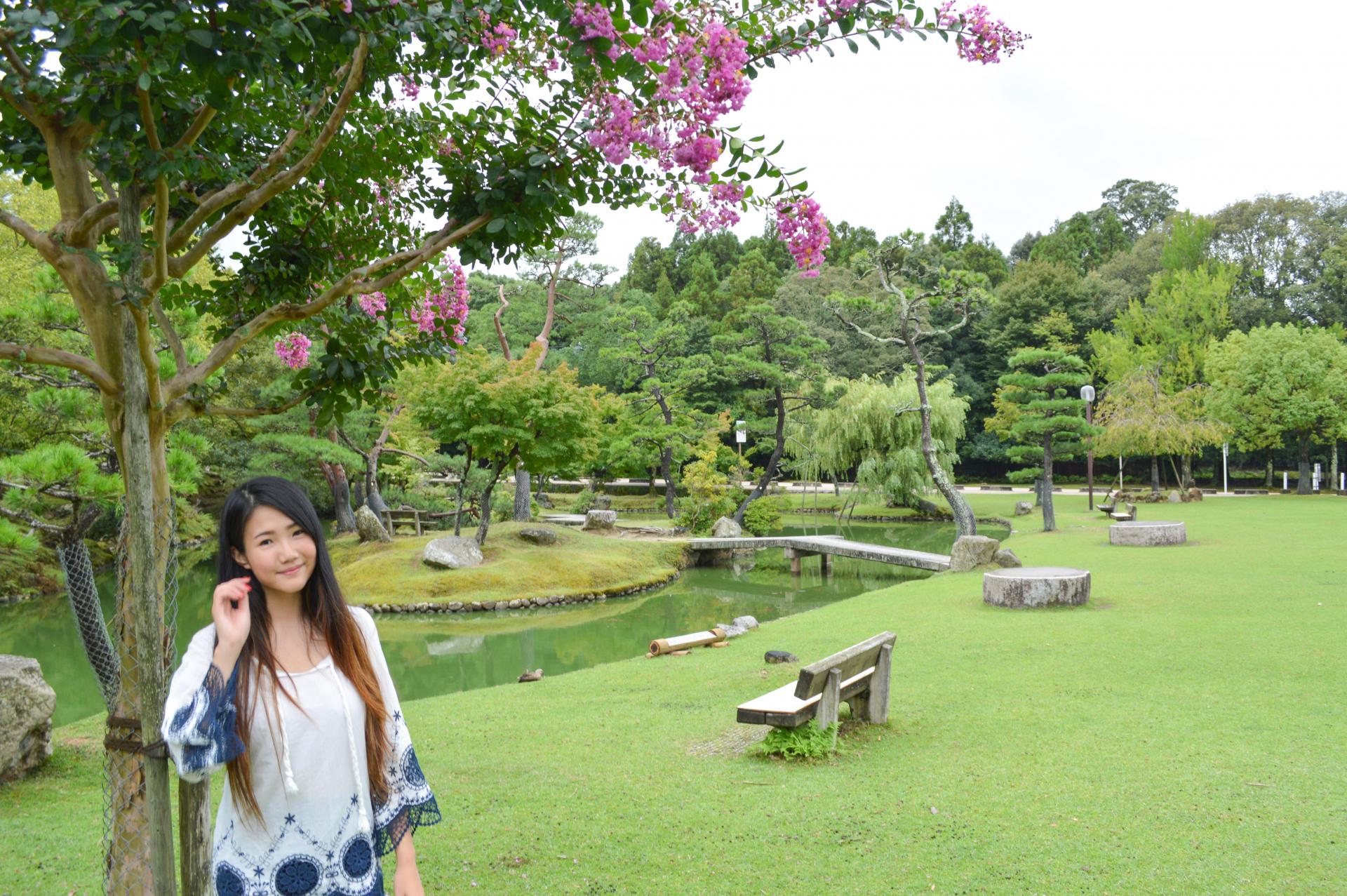 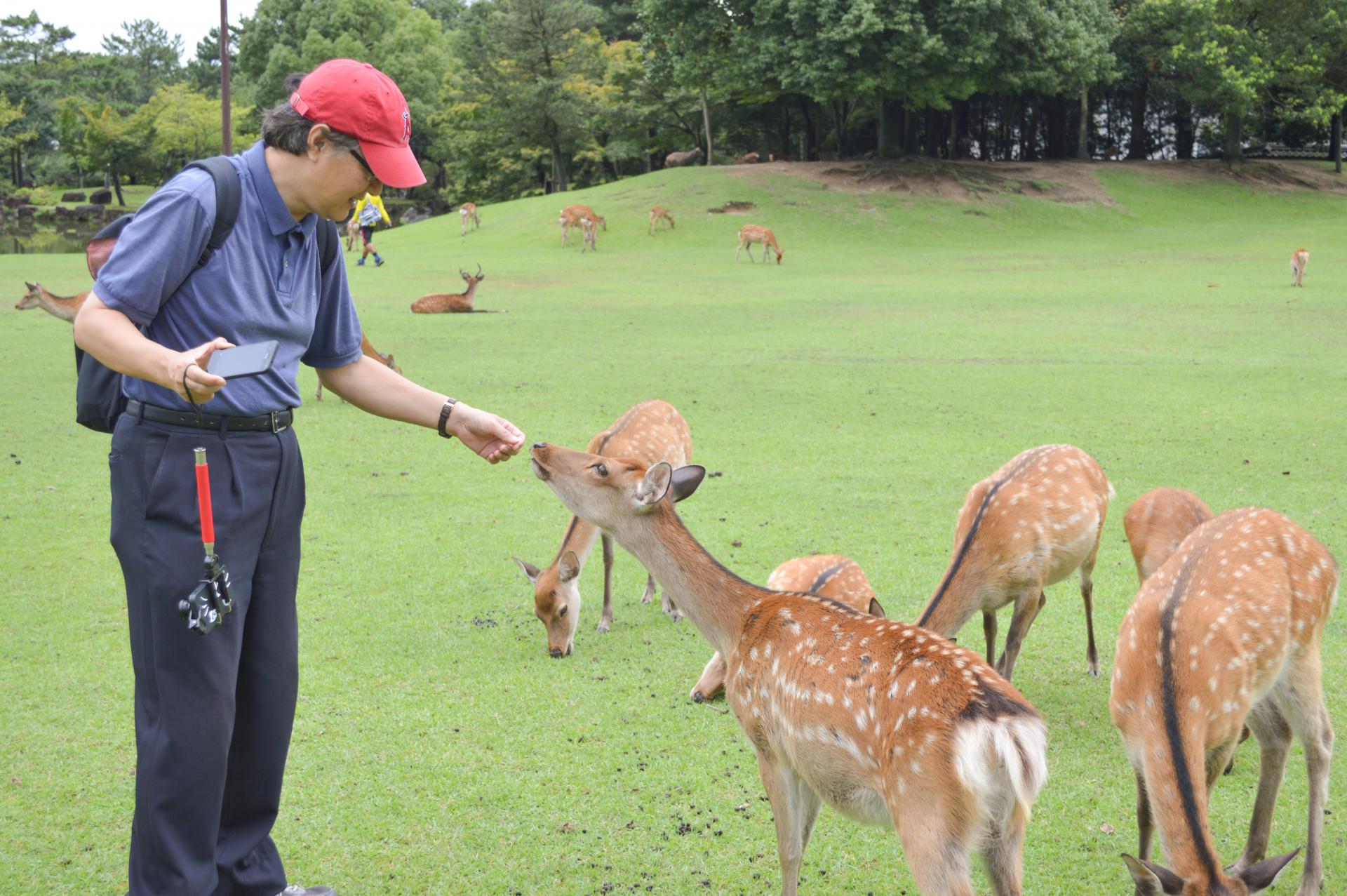 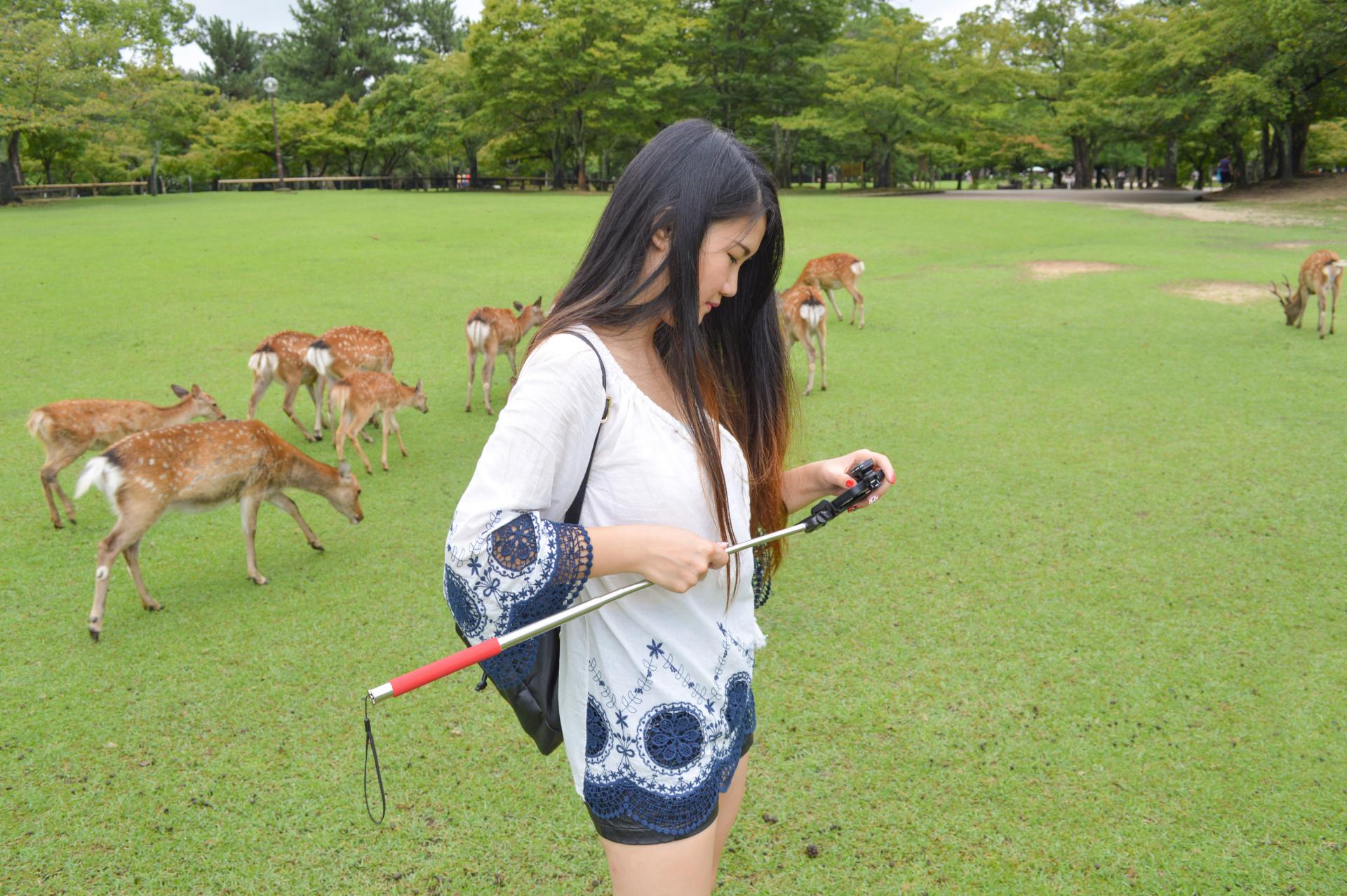 Gotta get that selfie stick ready 😉 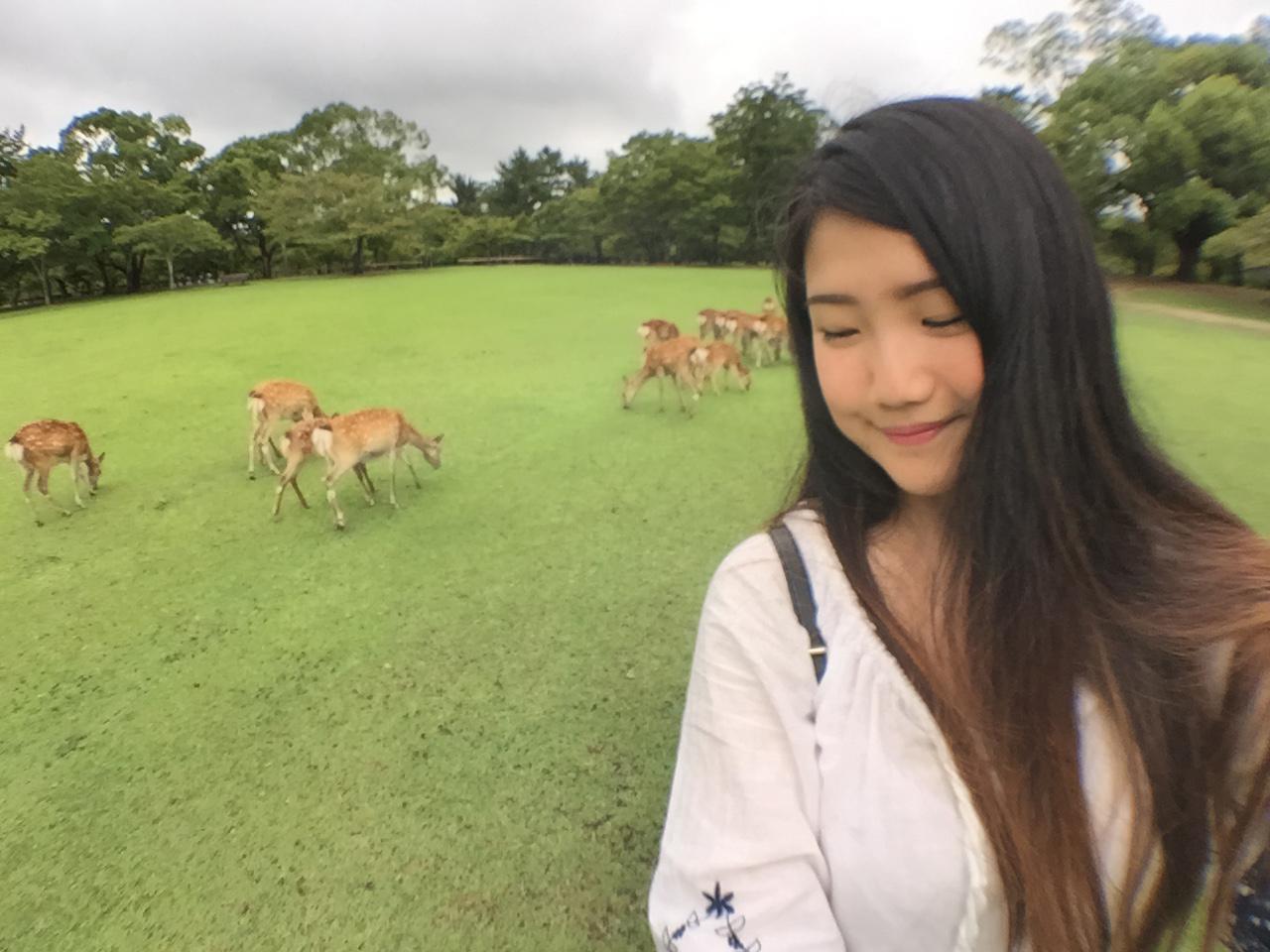 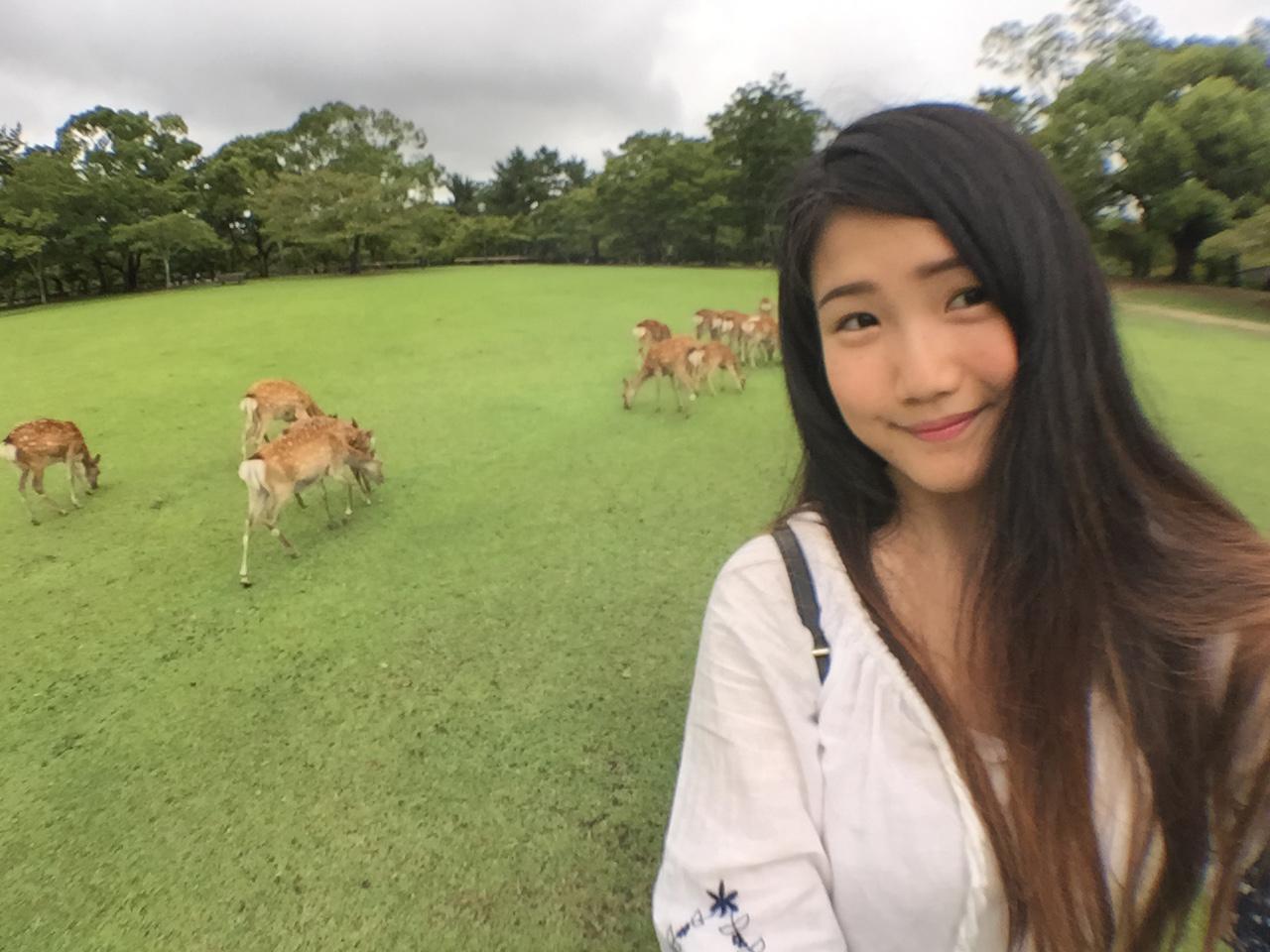 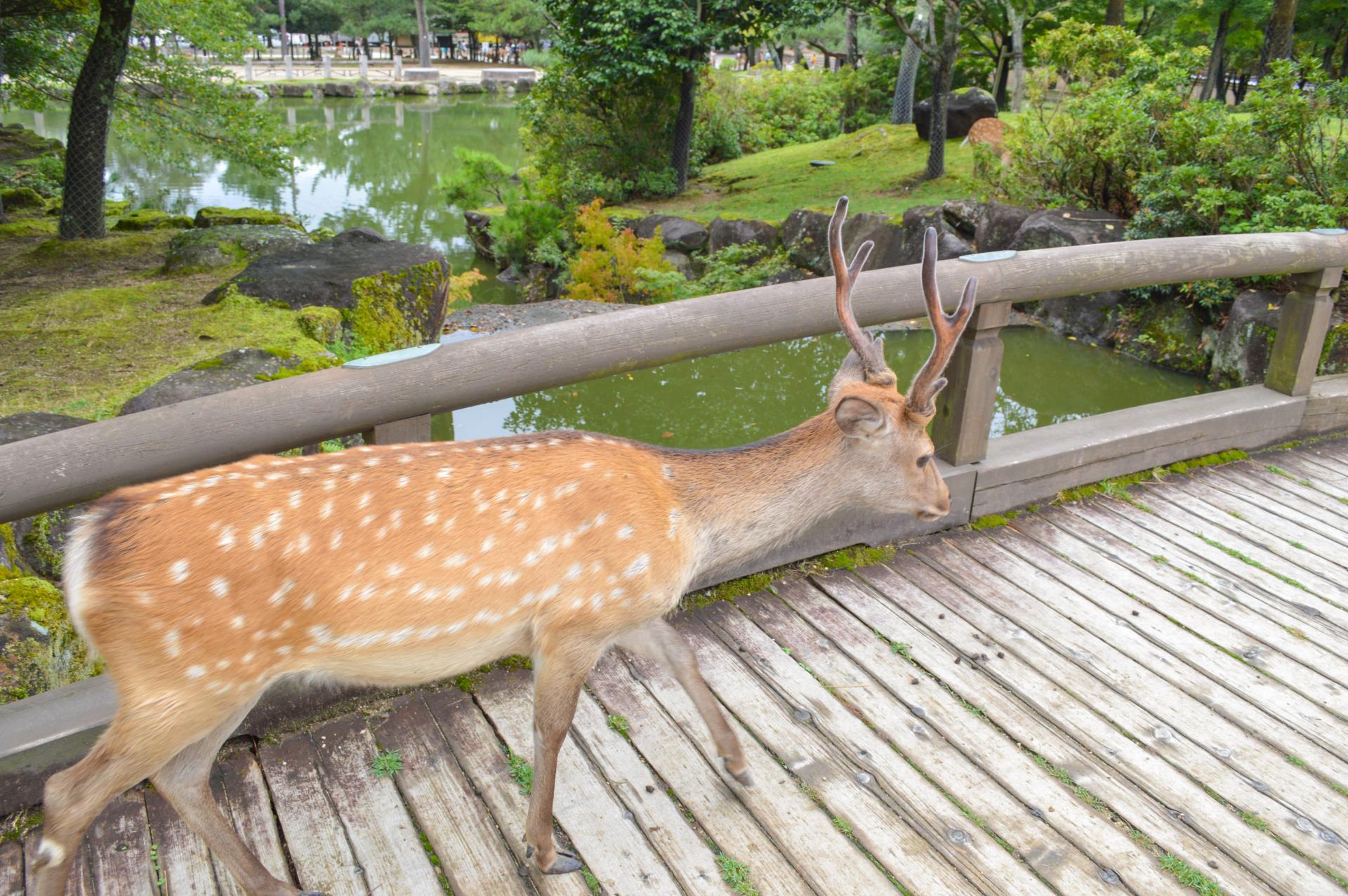 We took a stroll in the park and checked out the different temples. 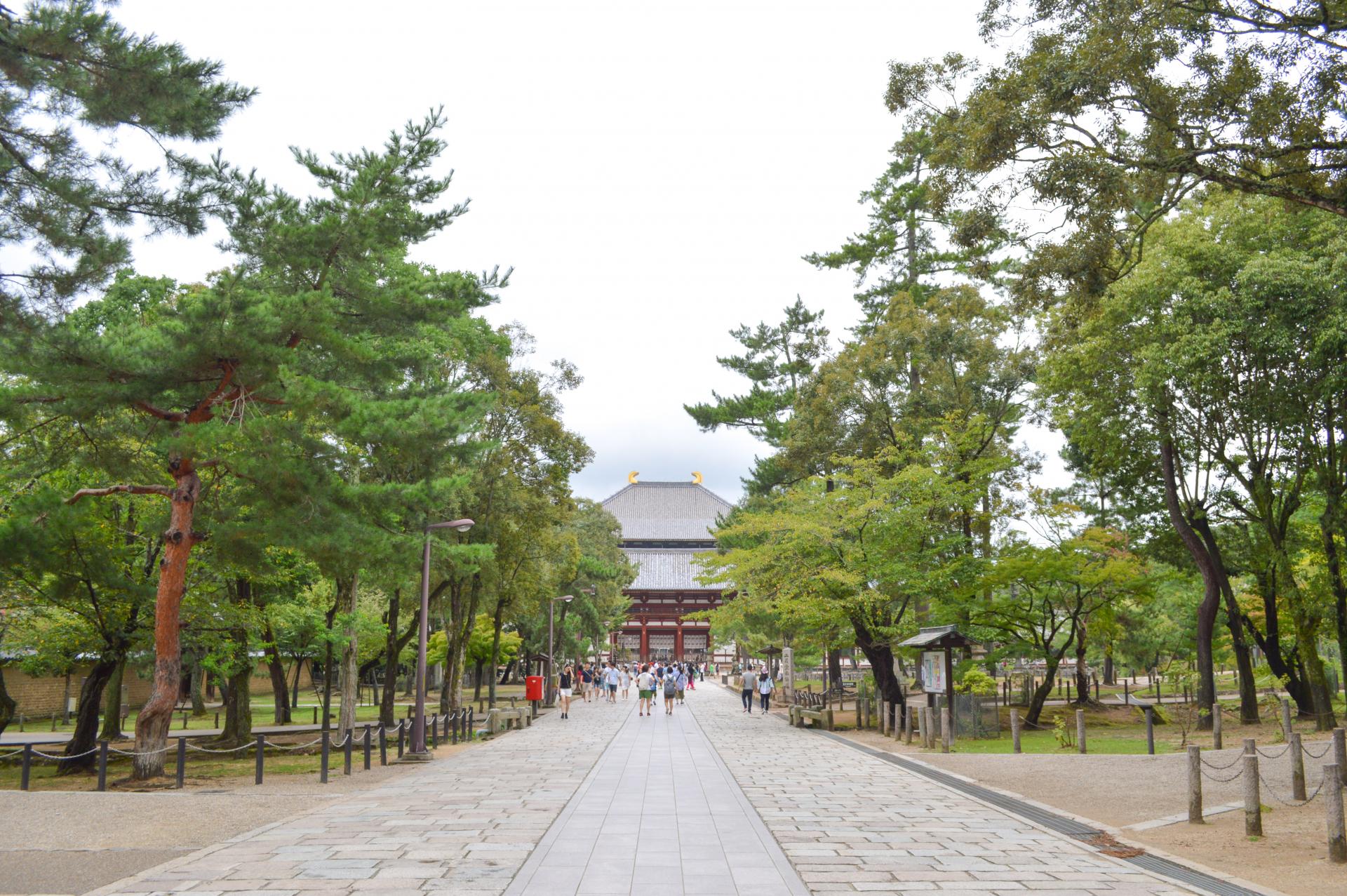 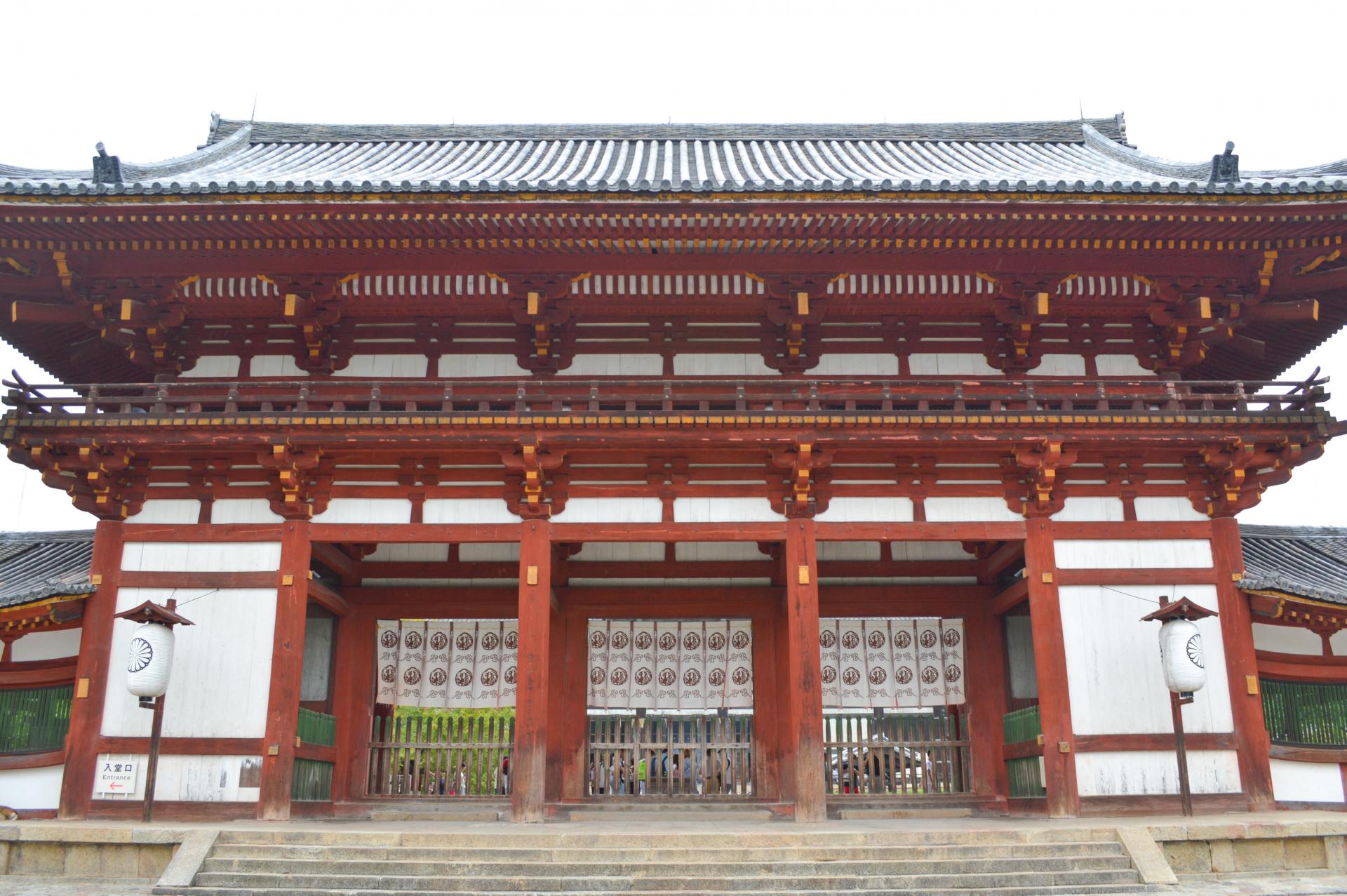 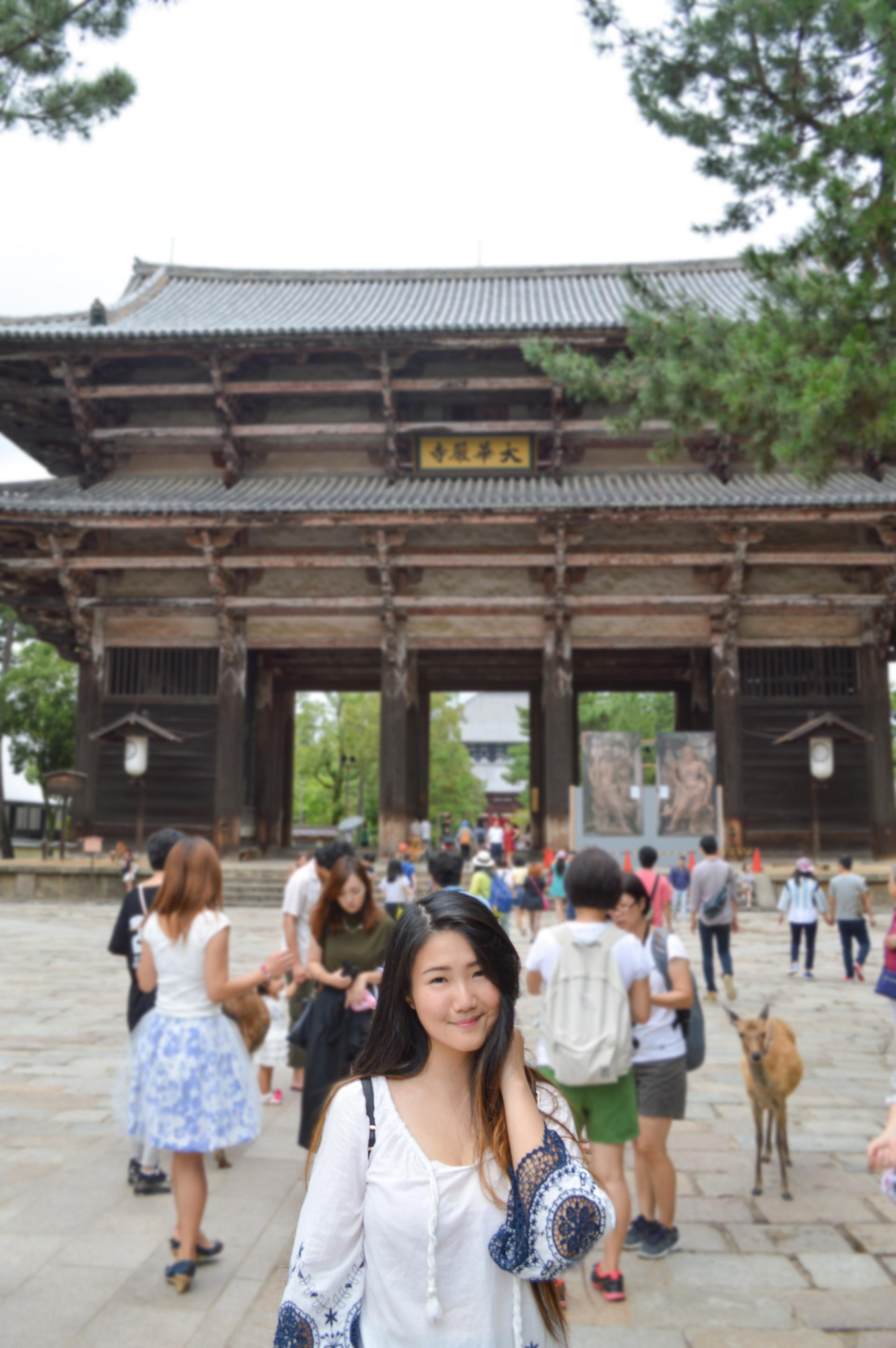 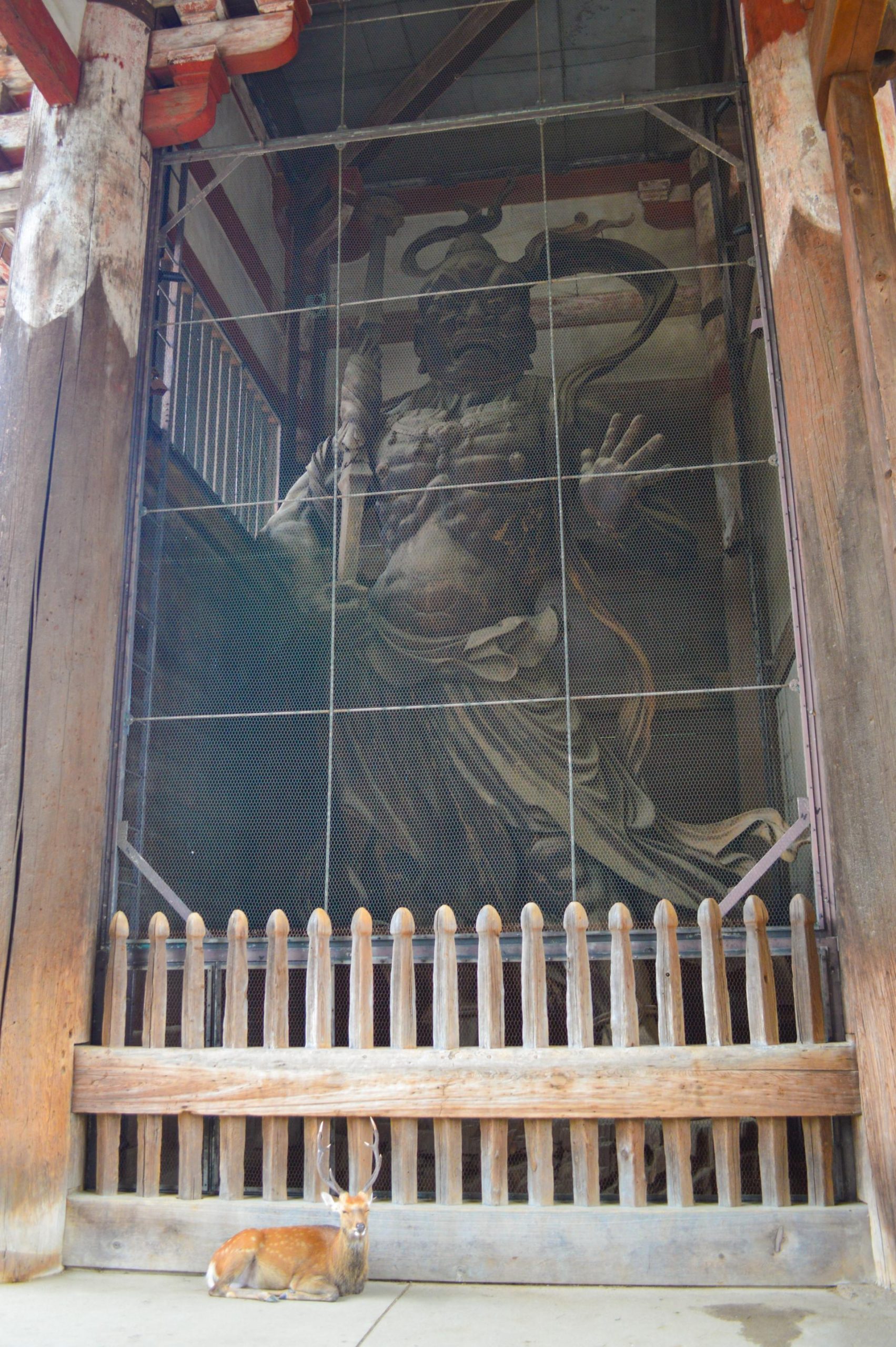 Famous Japanese wooden Kongorikishi statue (aka. guardian of the Buddha).

Side note: This reminded me so much of the manga “Gantz”, which tells the story two high schoolers who die in a train accident and become part of a game where they are forced to fight aliens – totally unrelated, but great storyline, go check it out. 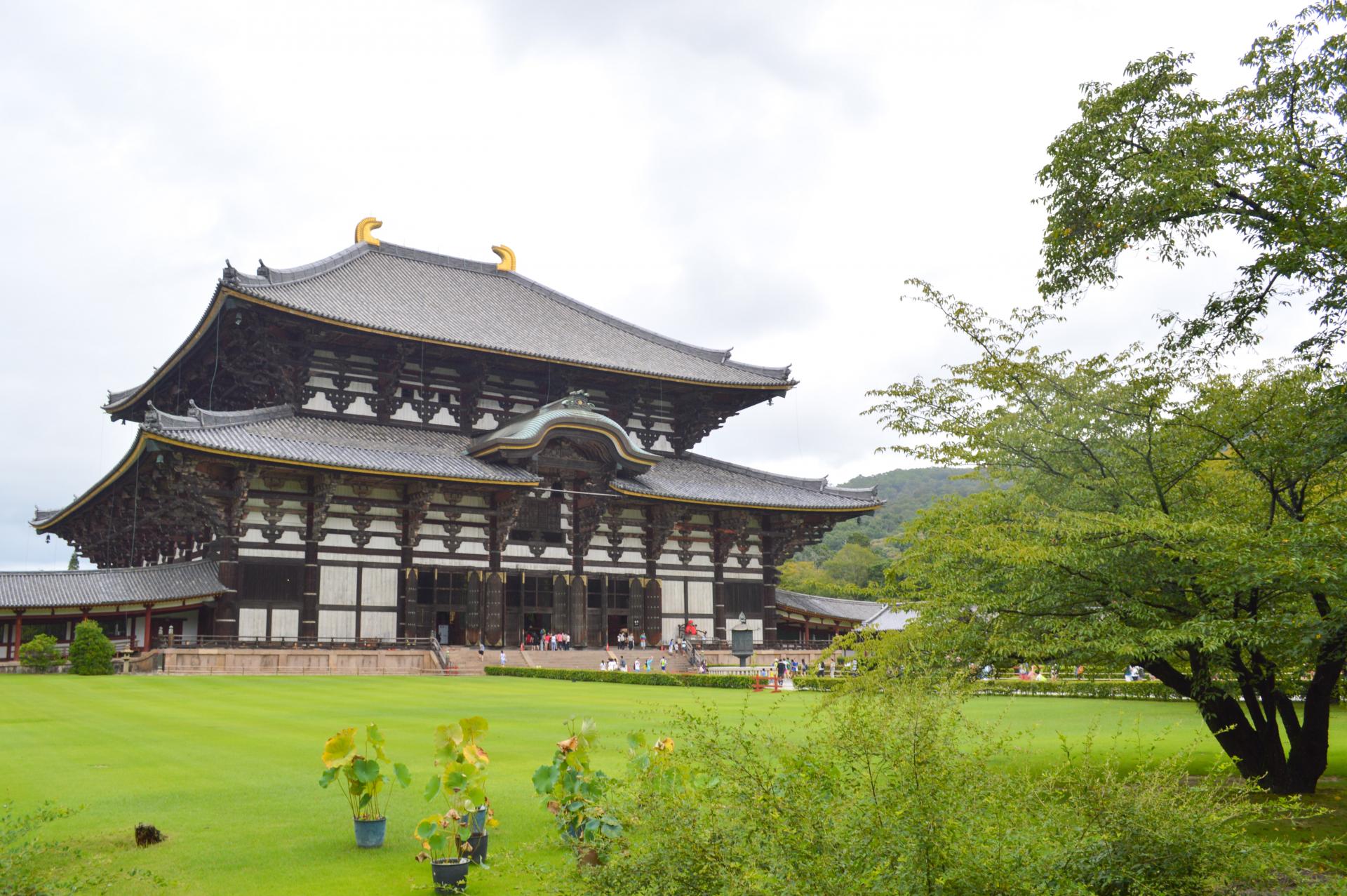 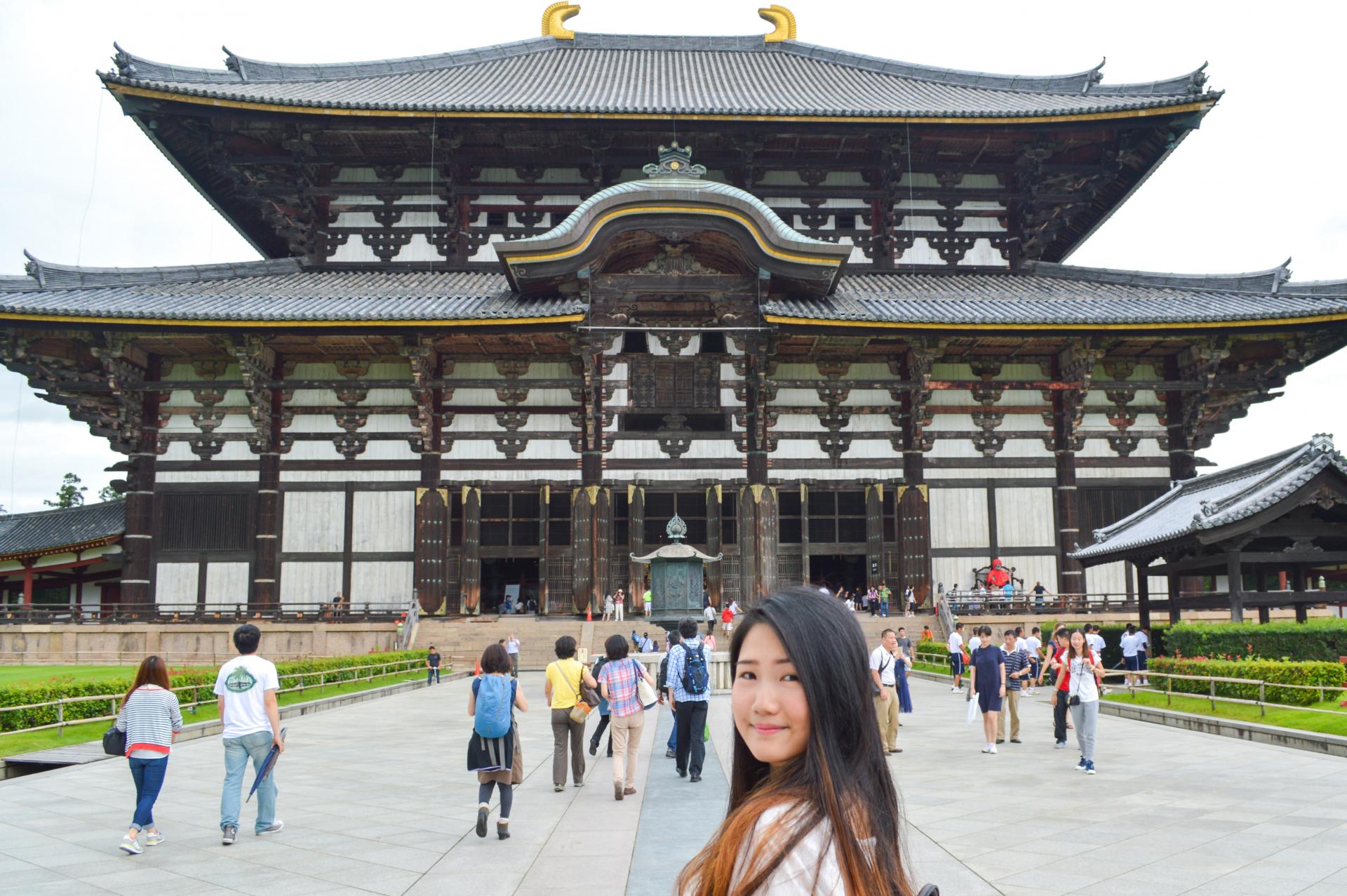 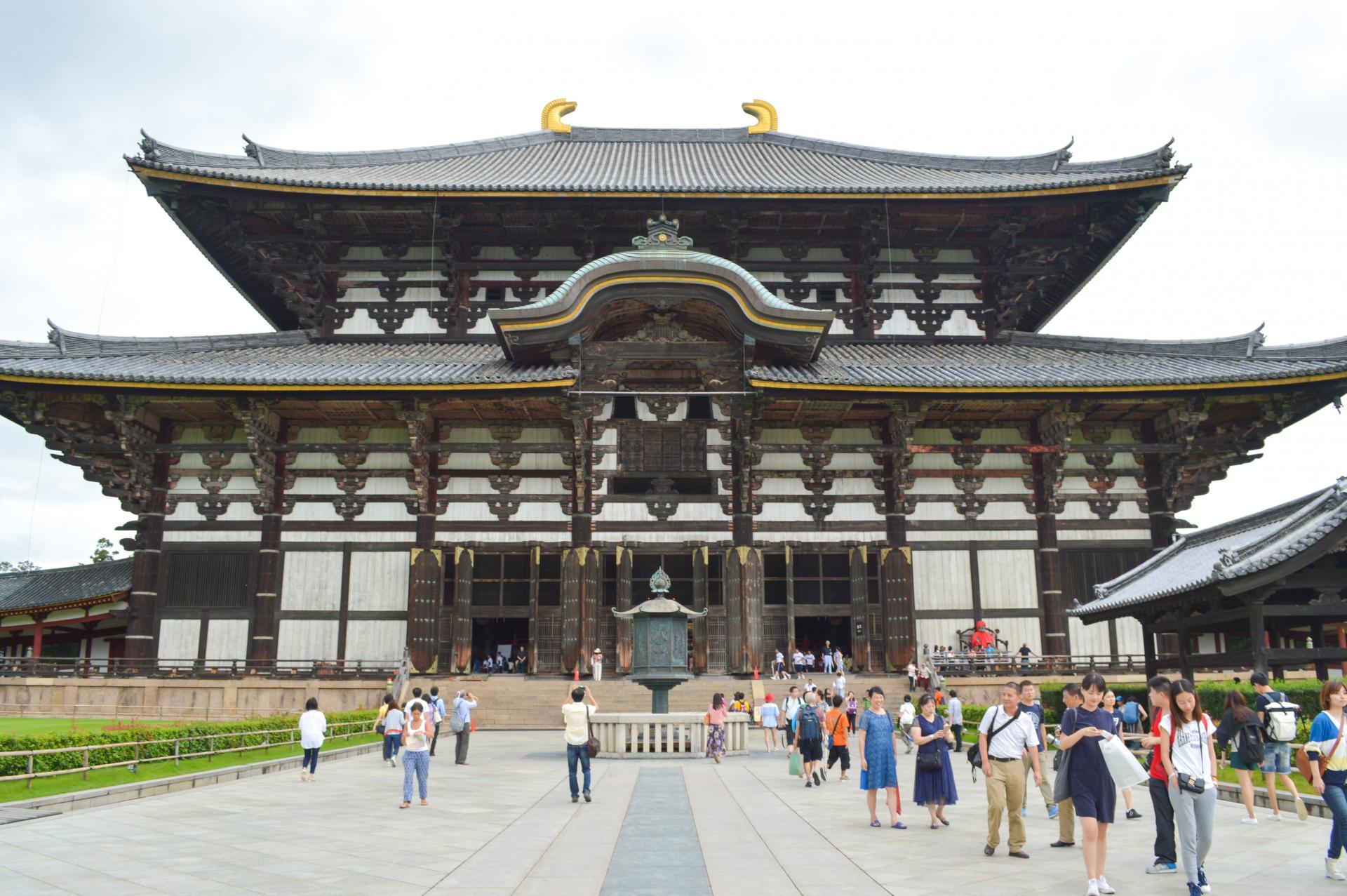 Daibutsu on the right.

Photography was allowed inside the temple but I didn’t really feel comfortable photographing the statues so not too many pictures of what was inside the temple, but I can say it was an interesting, spiritual, and educational visit. 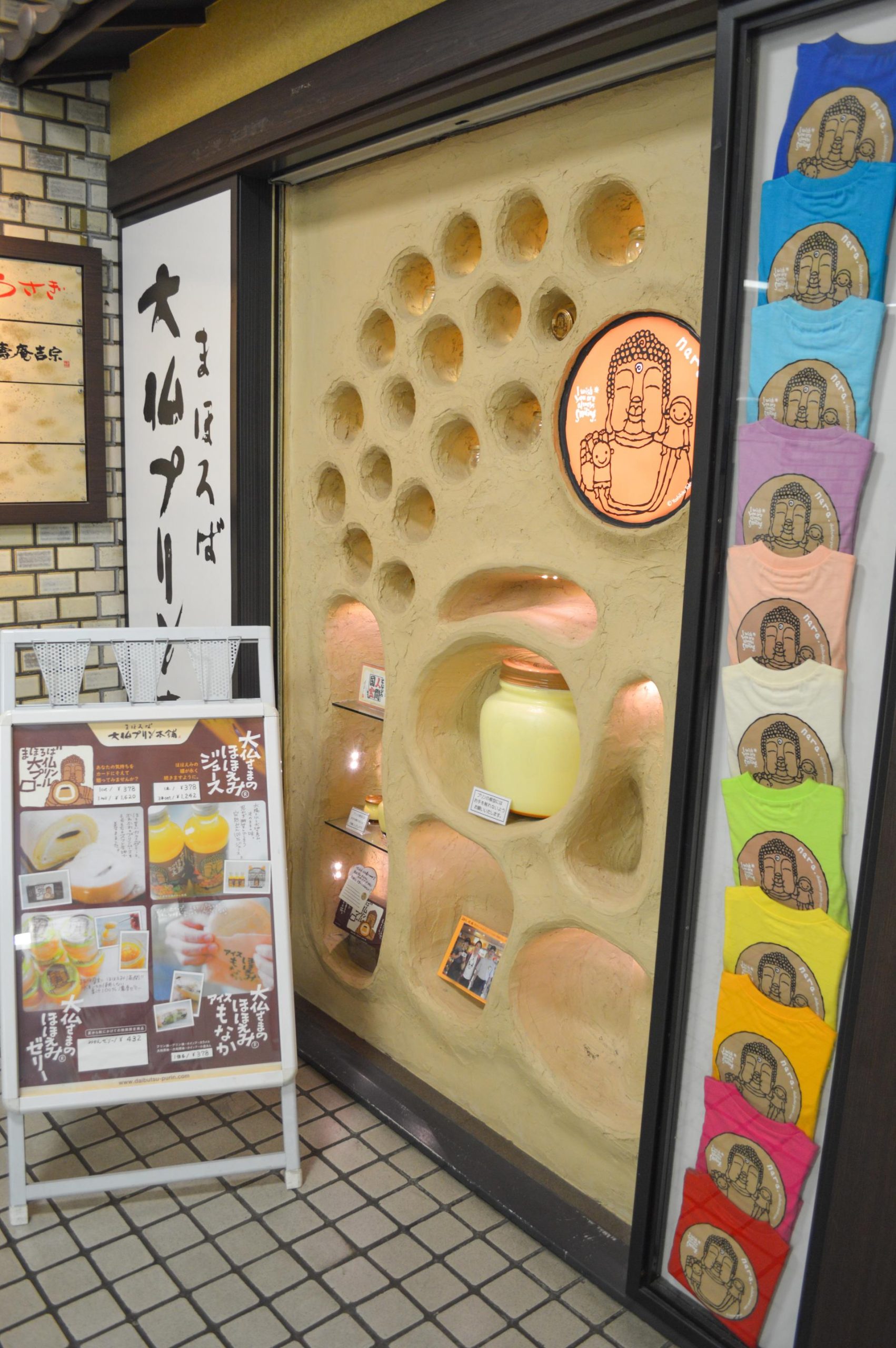 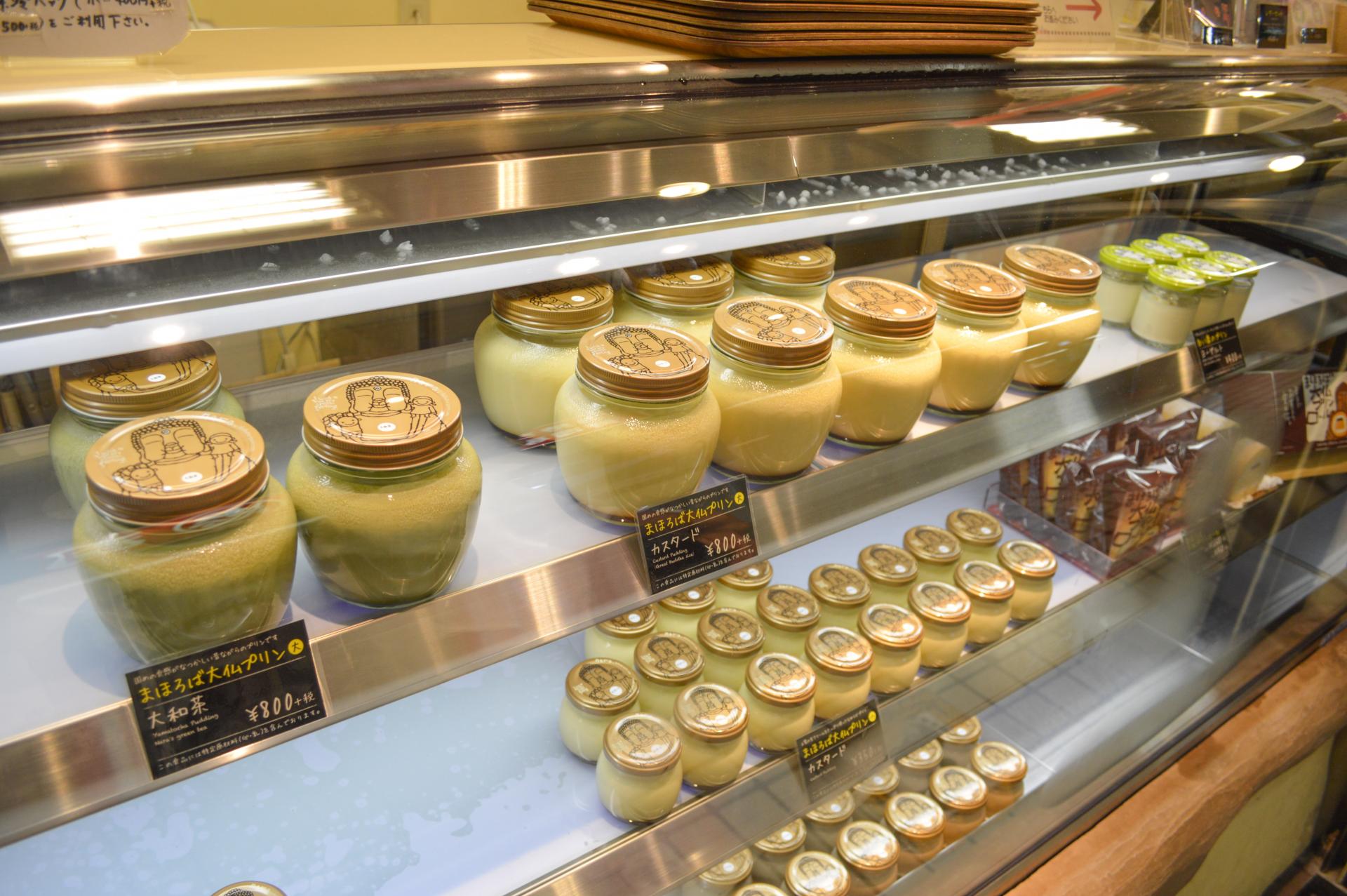 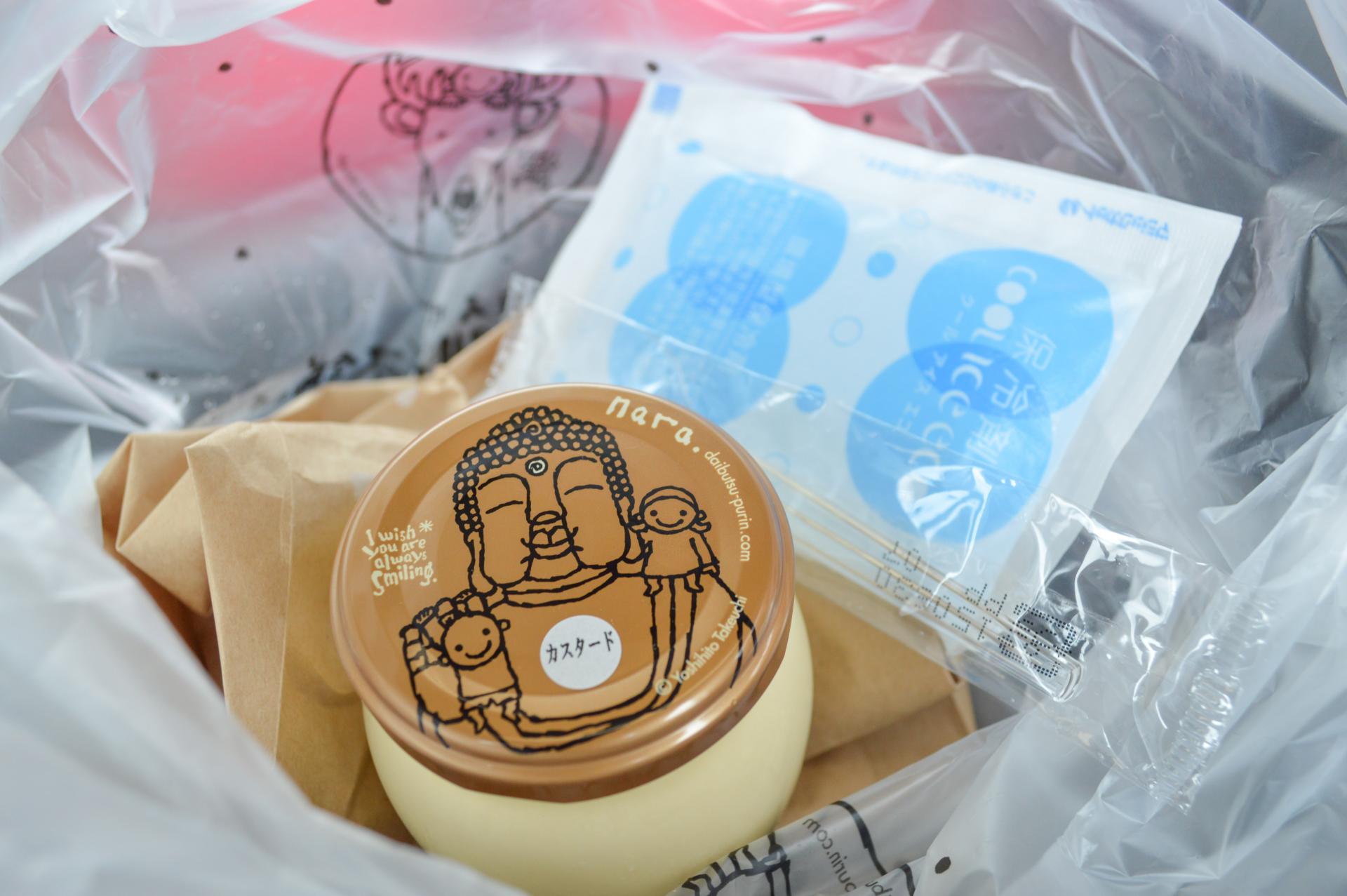 Before you leave Nara, make sure you check out Mahoroba Daibutsu Puddinghonpo for some amazing pudding. It’s located right inside the Kinetsu-nara Station and they offer three flavors: custard, green tea, and chocolate. My dad and I got the small custard to share and it was divine. Very smooth texture, rich and creamy but not too sweet, not too heavy, and very satisfying! It was the perfect way to conclude our trip.

We were still headed for Kyoto the same day hence we didn’t get to fully enjoy Nara Park and Nara itself. Feeding deer and visiting the temples can easily take up half your day. There are also a few traditional Japanese restaurants that are worth checking out in the area. I say definitely spend at least one whole day in Nara if you can. You won’t be disappointed!

See you in my next post and be sure to check out my vlog if you haven’t already done so.