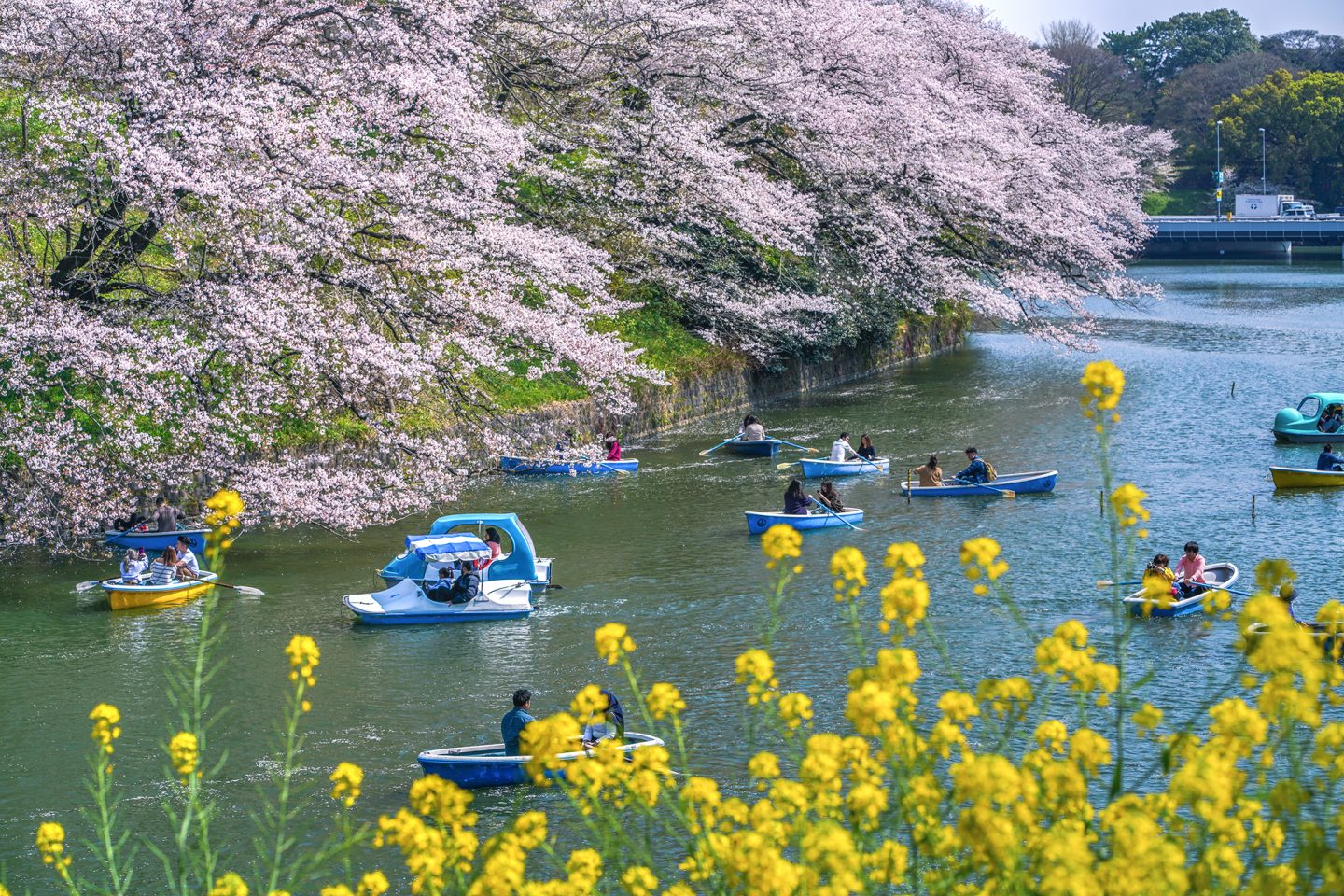 One of the absolute best ways to enjoy hanami during cherry blossom season in Tokyo is to rent a boat at Chidorigafuchi Park. Whether you are with family, friends, or your significant other, a journey through this river of pink petals is a once-in-a-lifetime experience you won’t want to miss! 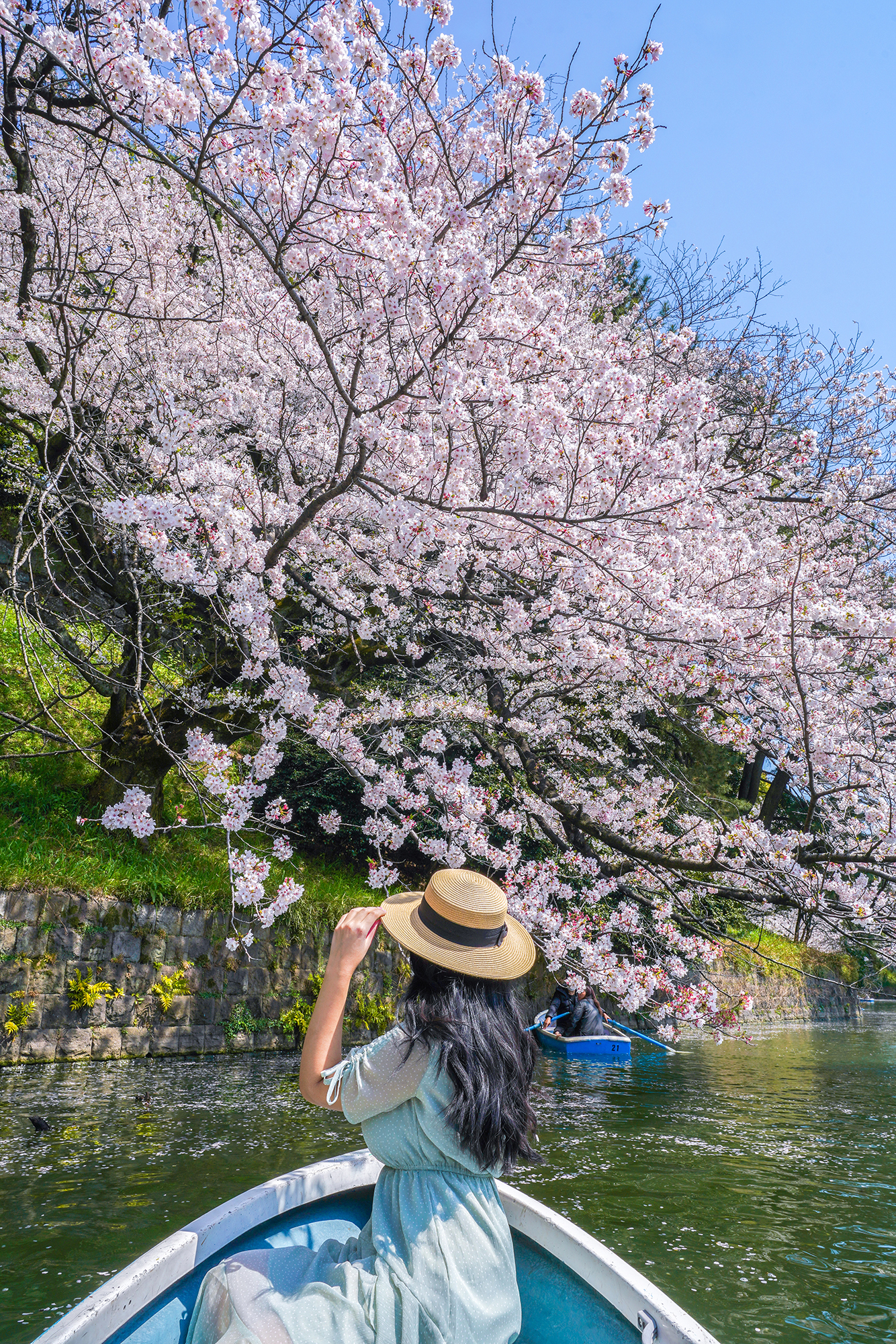 Before making plans to rent a boat at Chidorigafuchi Park, you need to determine when to book your trip.

Tokyo’s cherry blossom season is usually around mid-March to the beginning of April. Due to weather conditions, however, bloom forecasts can vary from year to year. The first forecast is typically published around mid to late January so keep an eye out during those times.

For reference, my mother-daughter trip to Japan took place during the first two weeks of April 2019 and we rented a boat on April 5th. Peak bloom was forecasted to be on March 22nd and I was panicking that we’d miss the blooms. Luckily, it ended up being a colder year and best viewing times were pushed back to March 28th to April 8th.

If I am completely honest, it is actually quite difficult to plan a cherry blossom trip given how fickle weather can be. Not to mention, cherry blossom season is one of the busiest times to be travelling to Japan. It is a constant battle between waiting anxiously for the forecast to be released and hoping that flights/hotels don’t get booked up right away.

I suggest aiming to visit around the peak bloom date or even a few days later. (That way you have a bit of buffer in case it ends up being a colder winter.) It is said that the best time for cherry blossom viewing is four to seven days after the start of peak bloom. From then, the blooms can last for a week, sometimes a little longer depending on the species and weather.

Getting to Chidorigafuchi Park

Chidorigafuchi Park is a long and narrow park that runs along one of the 12 moats around Imperial Palace. The fastest and easiest way to locate the boat rental dock is to key in “Chidorigafuchi boat parking” on Google Maps. The closest subway station is Kudanshita Station, which is a short 5 to 10-minute walk away. Japan’s public transportation system is extremely affordable and convenient. Therefore, I highly recommend that you take the subway (or the bus) instead of taxis.

How to Rent a Boat at Chidorigafuchi Park

Again, March to April is peak season in Japan. Not only are tourists flying in from all over the world, locals themselves are out and about enjoying this beautiful time of the year as well. If you don’t want to wait in line, try to arrive early. (Queues can literally start as early as 8:00AM.) 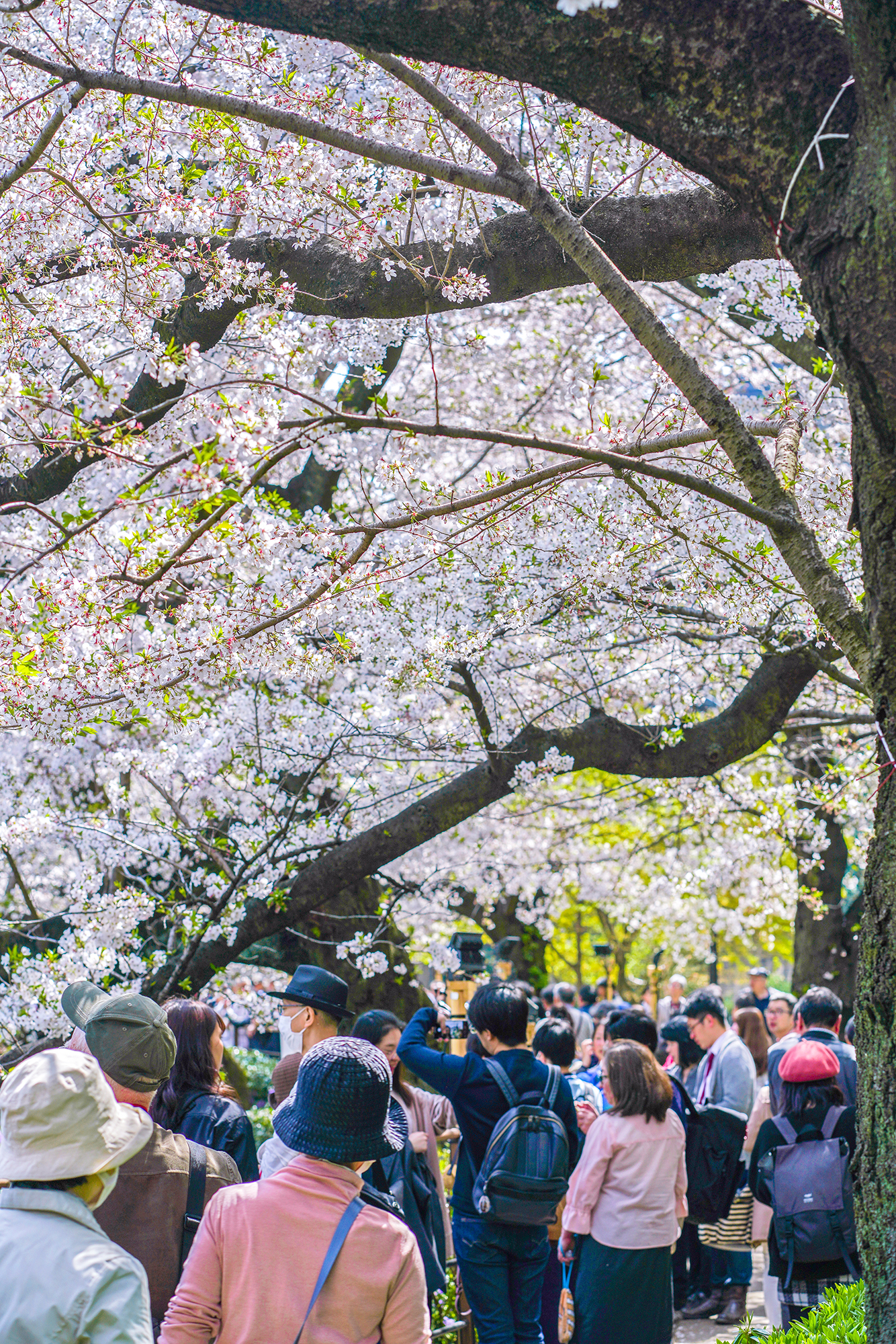 During cherry blossom season, boat rentals run from 9:00AM to 8:00PM daily. We arrived sometime between 11:10 to 11:15AM and waited in line for exactly 45 minutes to get a boat. I have heard that afternoons are even busier so try to plan accordingly. 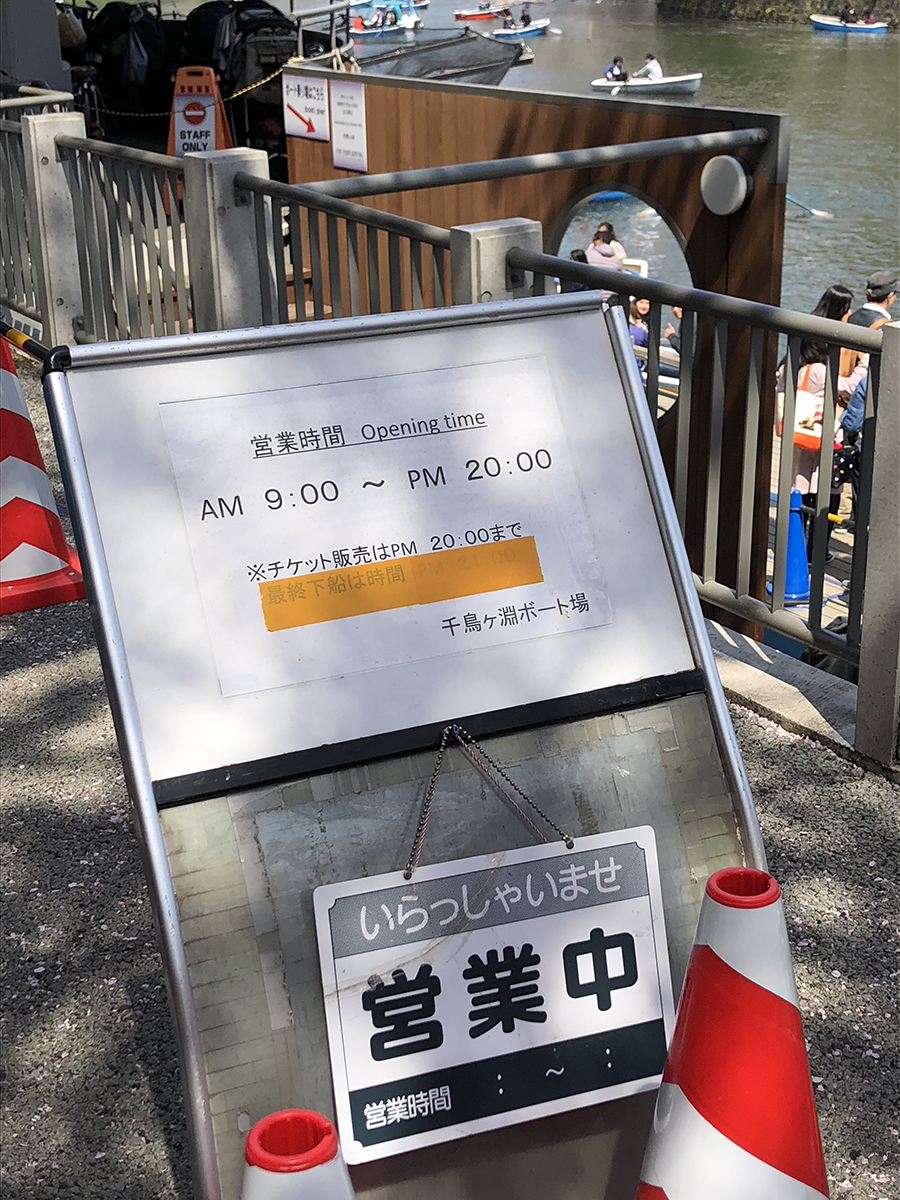 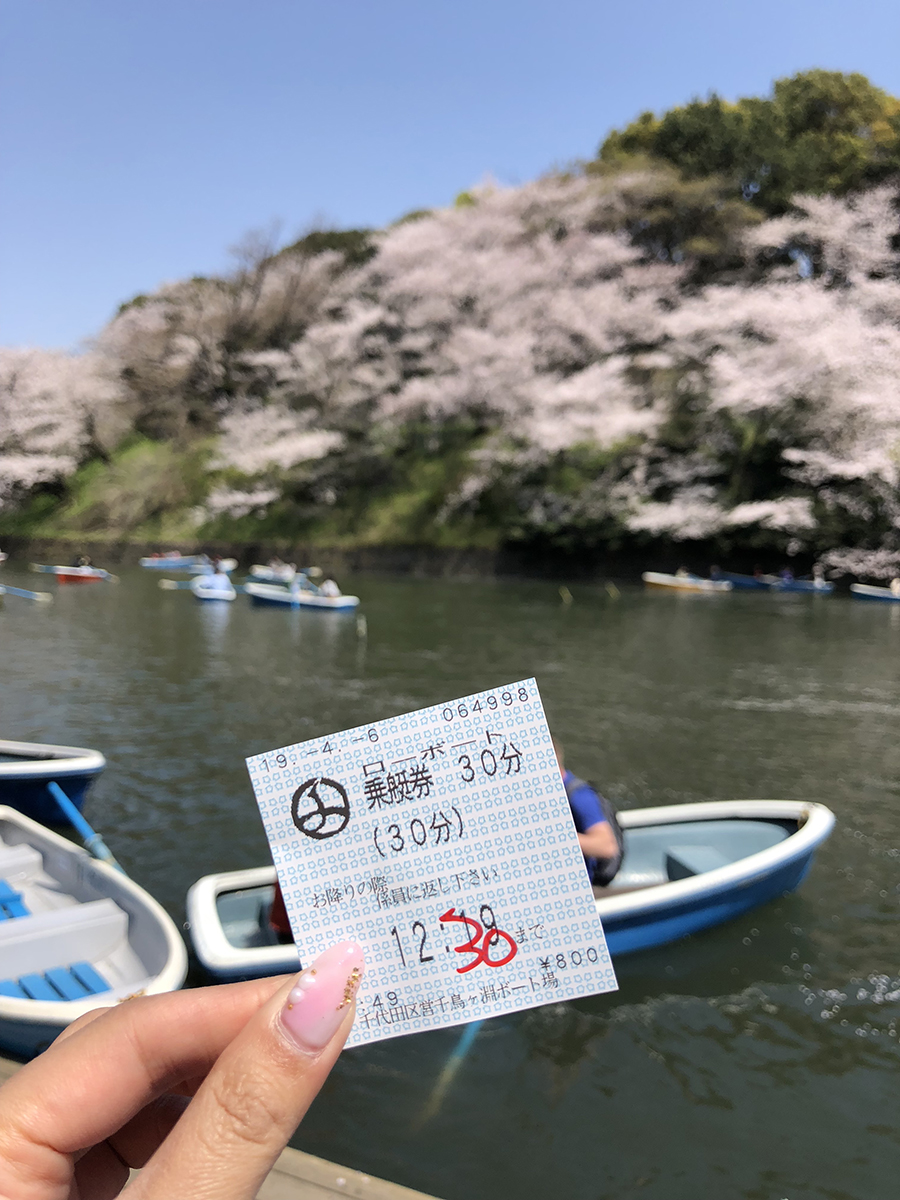 Once you pay, you get a ticket that will indicate what time you should return your boat. If you would like to rent the boat for longer than 30 minutes, you simply return the boat whenever you’d like then pay the difference afterwards. We ended up renting for an hour and paid 1,600 yen in total. 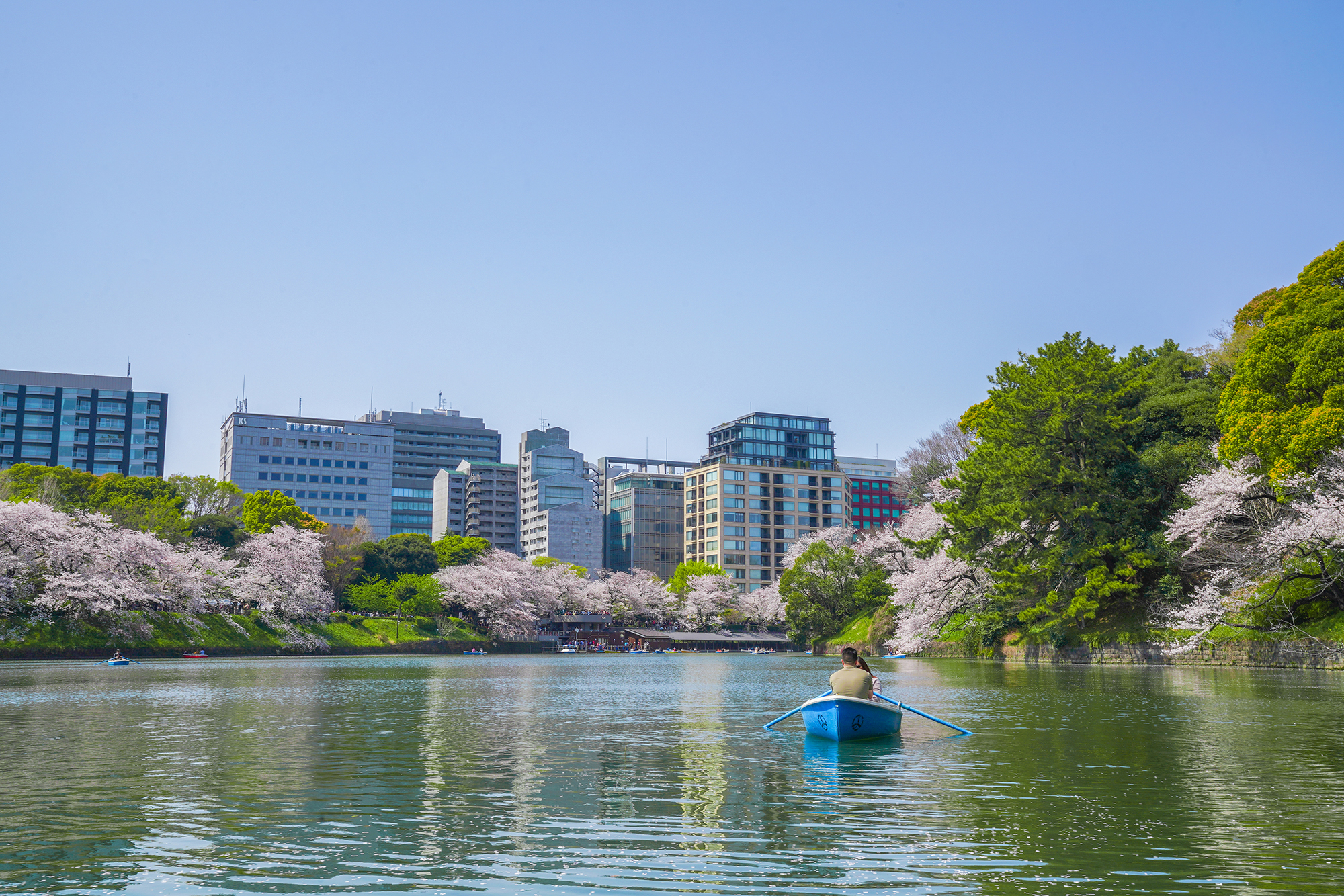 This may also come as a shock… Rowing a boat is not as easy as it looks! I’m often told I’m not very sporty based on my appearance, but hey, I can kayak and I’m pretty good at it. I went into this thinking it’d be a piece of cake. That it’d be like kayaking. Well, boy was I wrong. The oars are secured in oarlocks on both sides of the boat, making them difficult to maneuver. It’s not like a paddle that you can easily pick up and start paddling with. It takes some time getting used to and I spent the first couple minutes struggling to get out of the dock. (Yup. It was pretty embarrassing.)

Another thing to note is while the moat itself spans across several meters in length, it’s common to see people crowded around cherry blossom trees for photos. Be careful not to bump into the other boats and exercise caution! 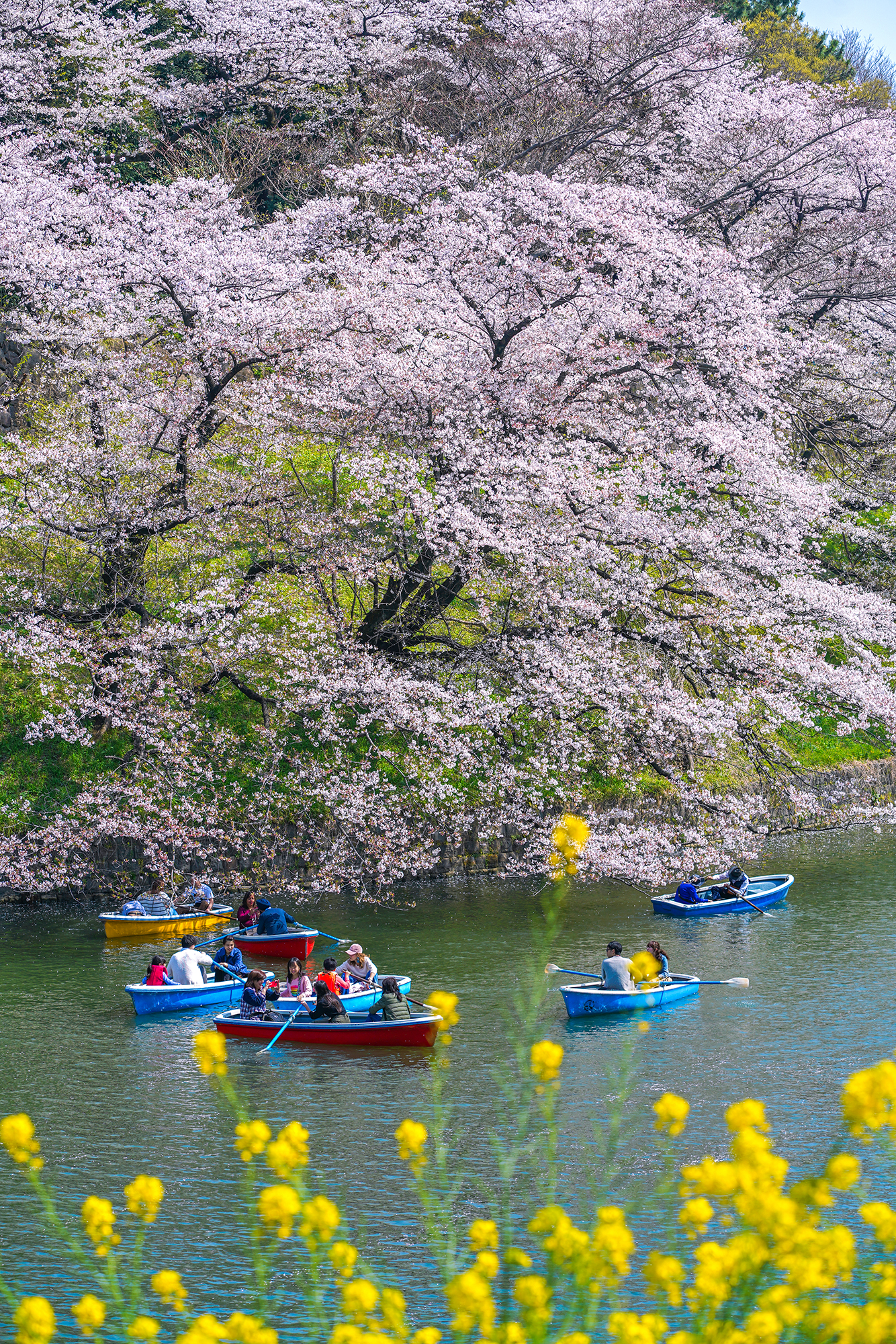 Ready for your Japan trip? Book a hotel today!

I hope this guide better prepares you for renting a boat in Chidorigafuchi Park. Don’t forget to pin this for later and if it’s your first time visiting Japan, I suggest adding these 25 things to do in Japan to your bucket list. 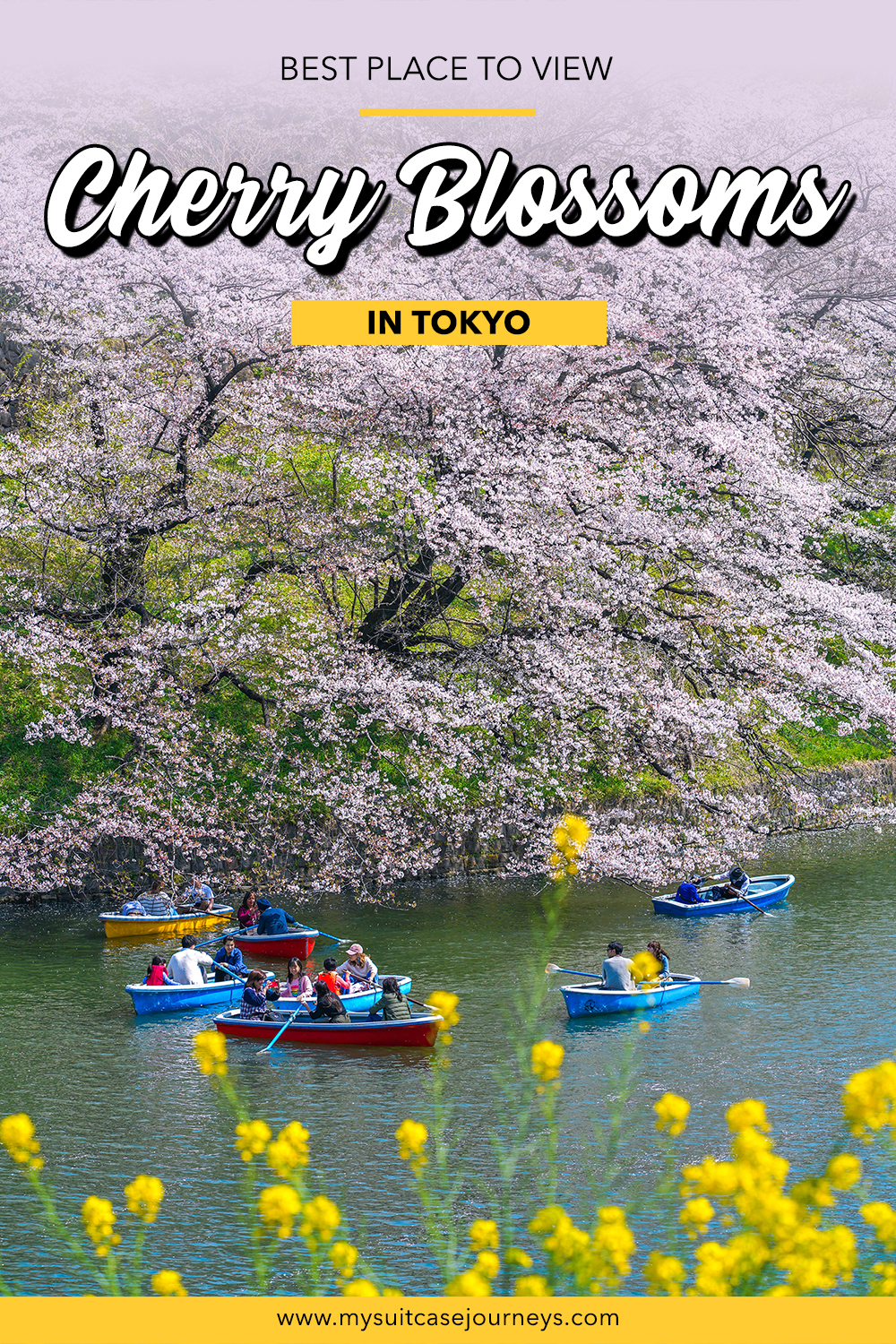 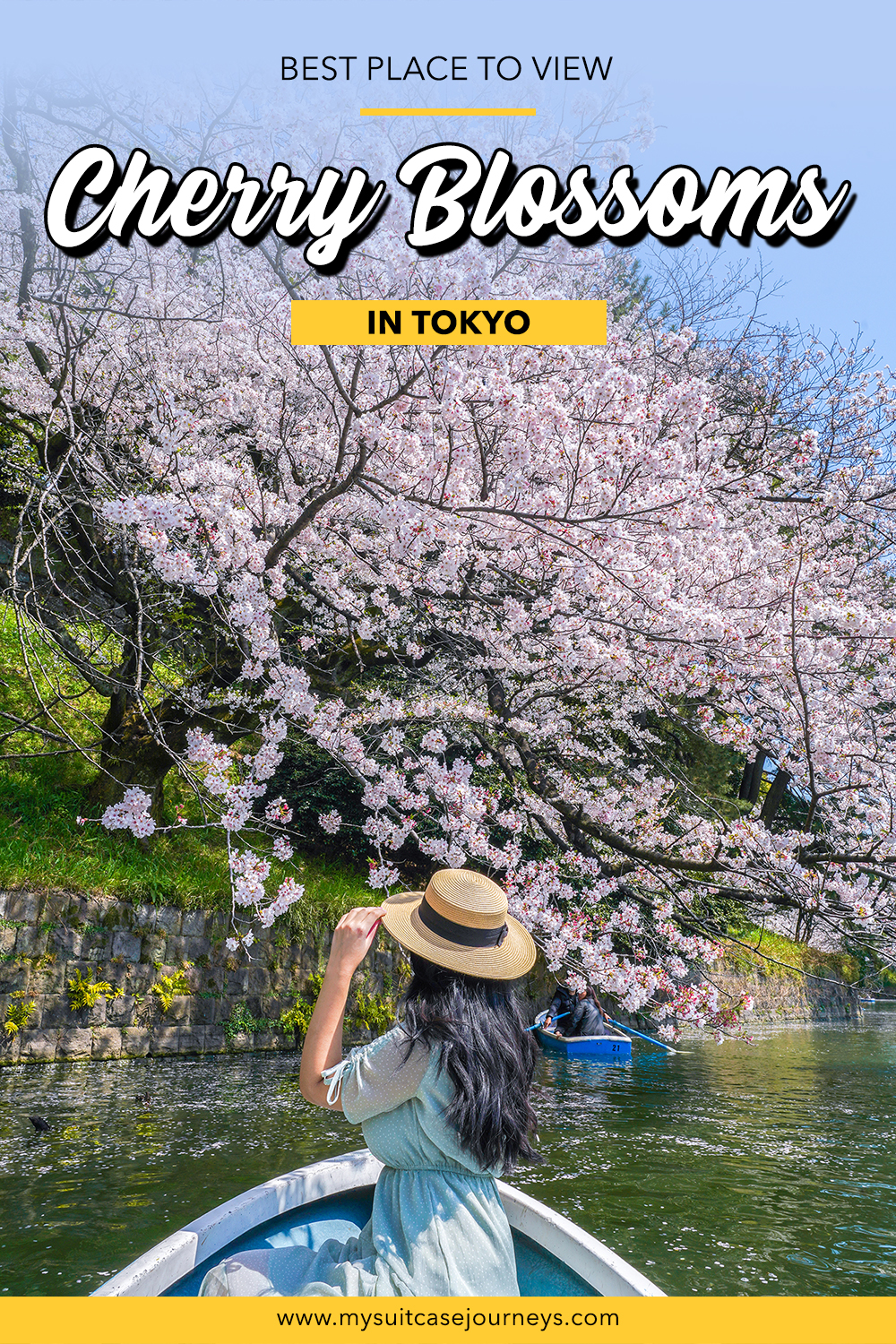