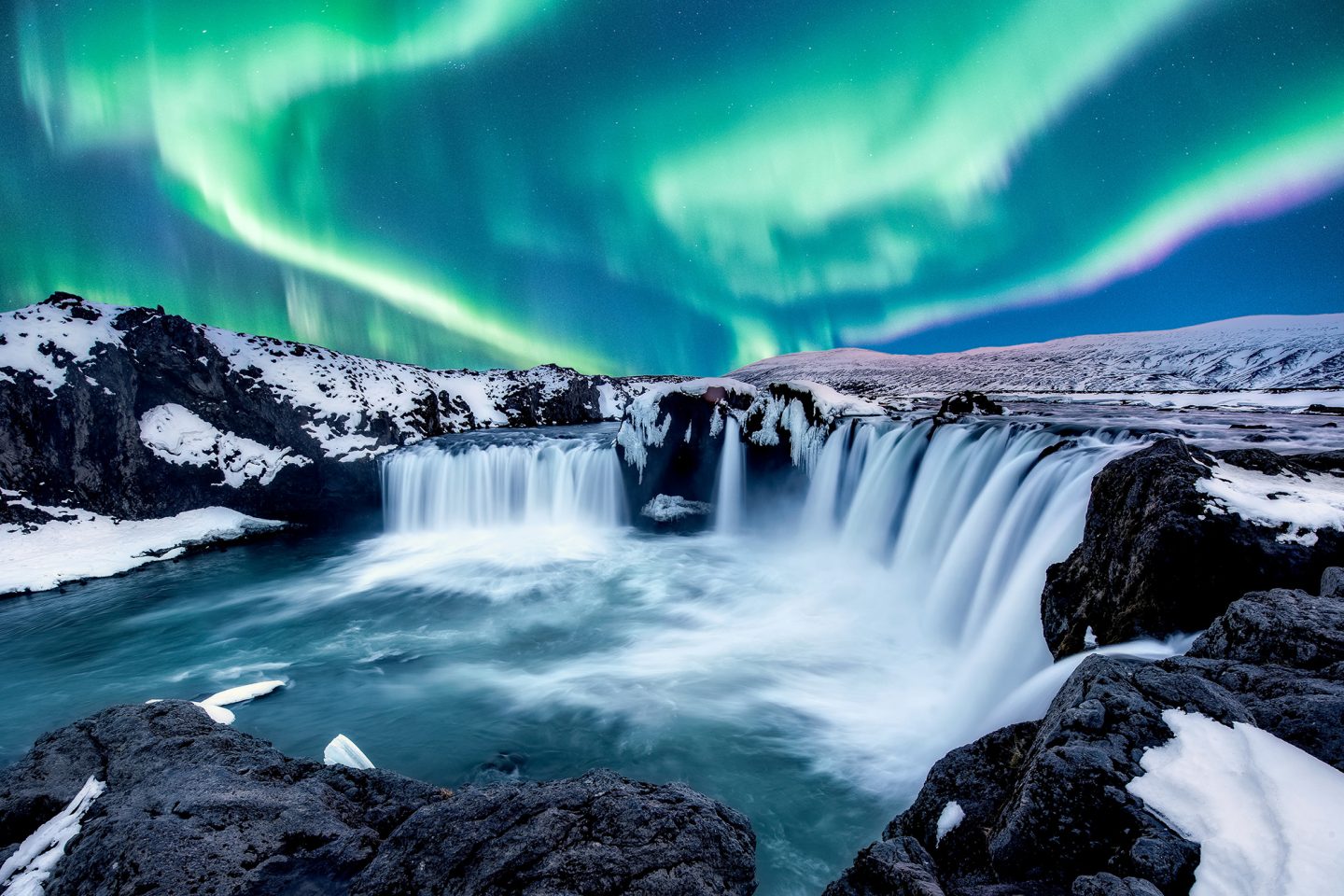 “When’s the best time to see Northern Lights in Iceland?”

“Can you see Northern Lights in Iceland in September?”

“Can you see Northern Lights in Iceland in April?”

“What is the best month to see Northern Lights in Iceland?”

“When exactly is the Iceland aurora season?”

These are all questions we are dying to know when planning an Iceland Northern Lights trip – or, well, any trip to Iceland really.

In today’s post, I’m going to answer your burning questions and concerns, and help you determine the best time for Northern Lights in Iceland. As a bonus, I’m sharing with you the ultimate Iceland aurora forecast tool. Keep on reading! 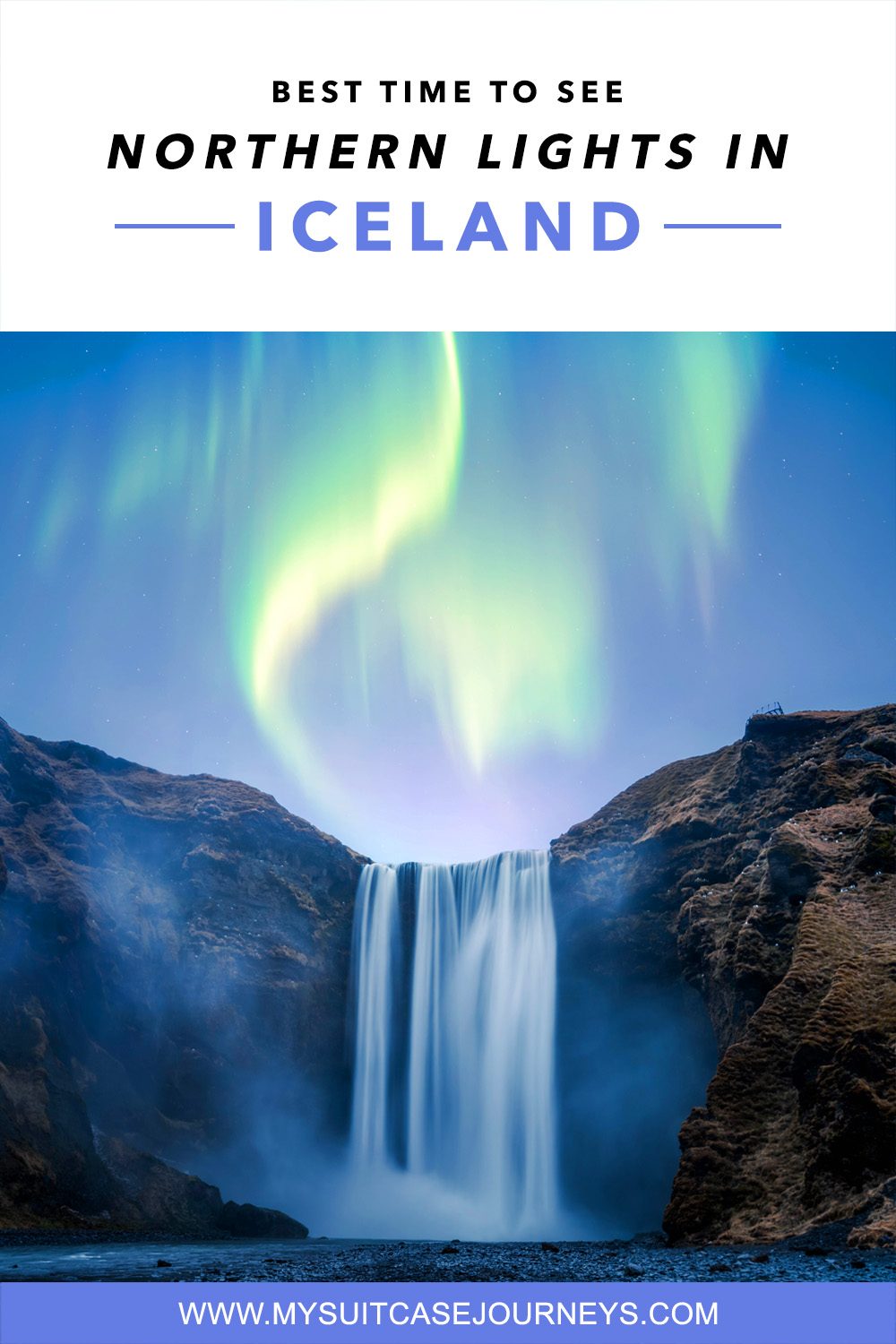 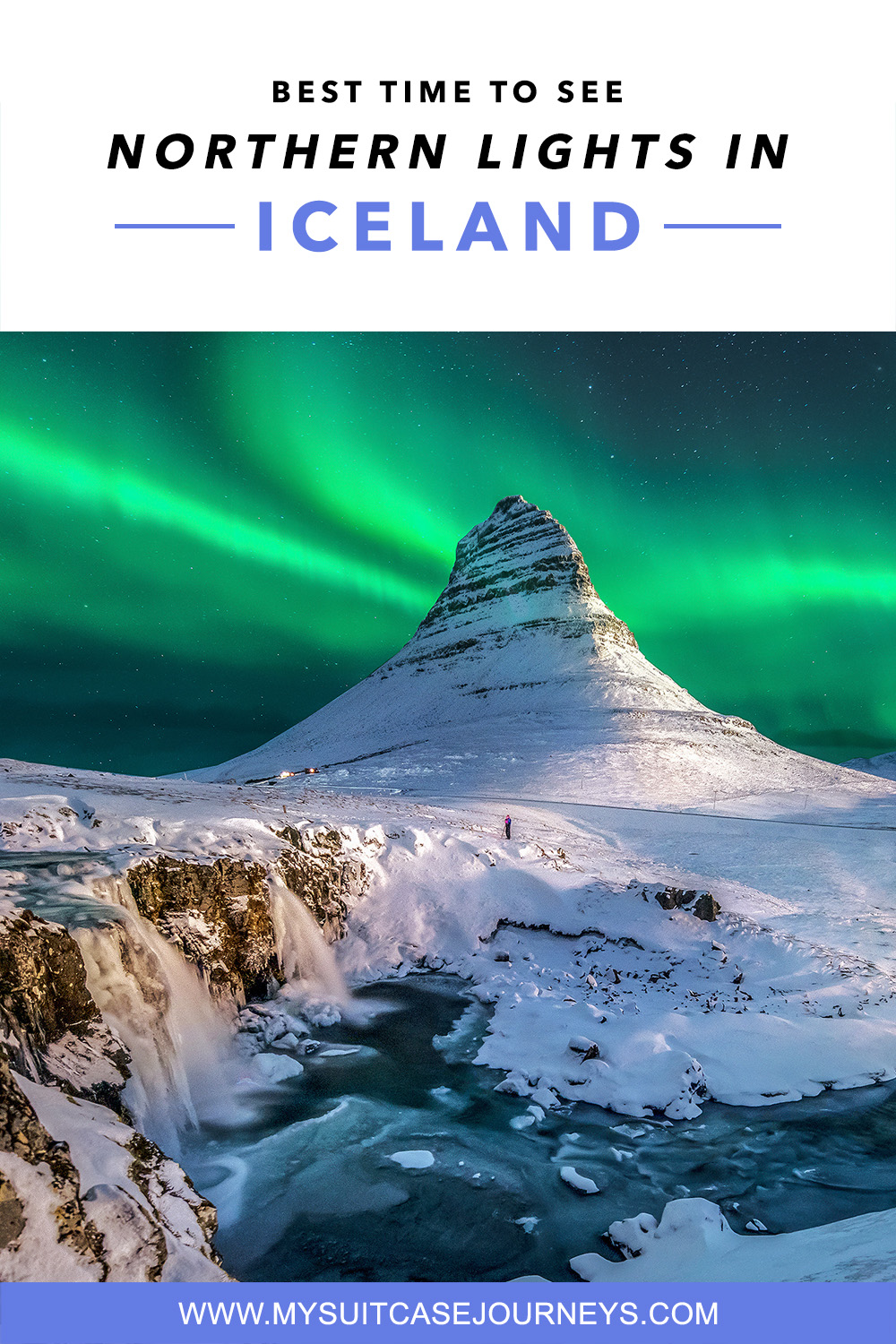 When is the best time to see Northern Lights in Iceland?

When I booked my Europe trip, I chose to visit in September. This is when it’s not too crazy cold yet and there is a chance of seeing Northern Lights. Not to mention, the crowds will have died down from summer.

More on that later. First, let’s understand what Northern Lights really are.

What are Northern Lights? 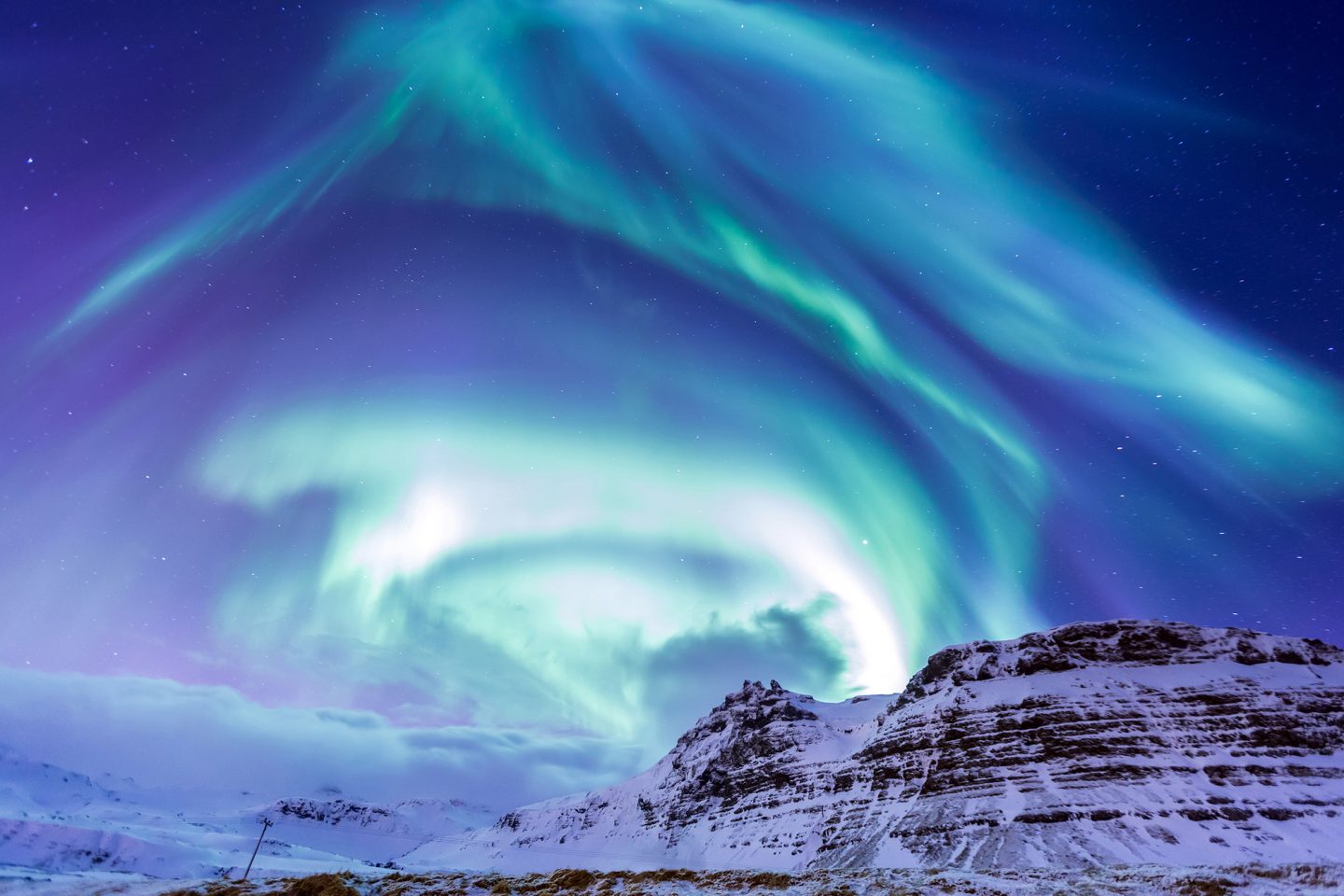 To put it in plain English, Northern Lights are bright dancing lights of the aurora. Hence why they’re known as Aurora Borealis (in the north) and Aurora Australis (in the south).

This phenomenon is caused when a collision occurs between electrically charged gas particles from the sun that enter the earth’s atmosphere.

Depending on the type of gas particles that are colliding, the resulting colors may differ. Some common colors include green, pink, yellow, blue, red, and violet. 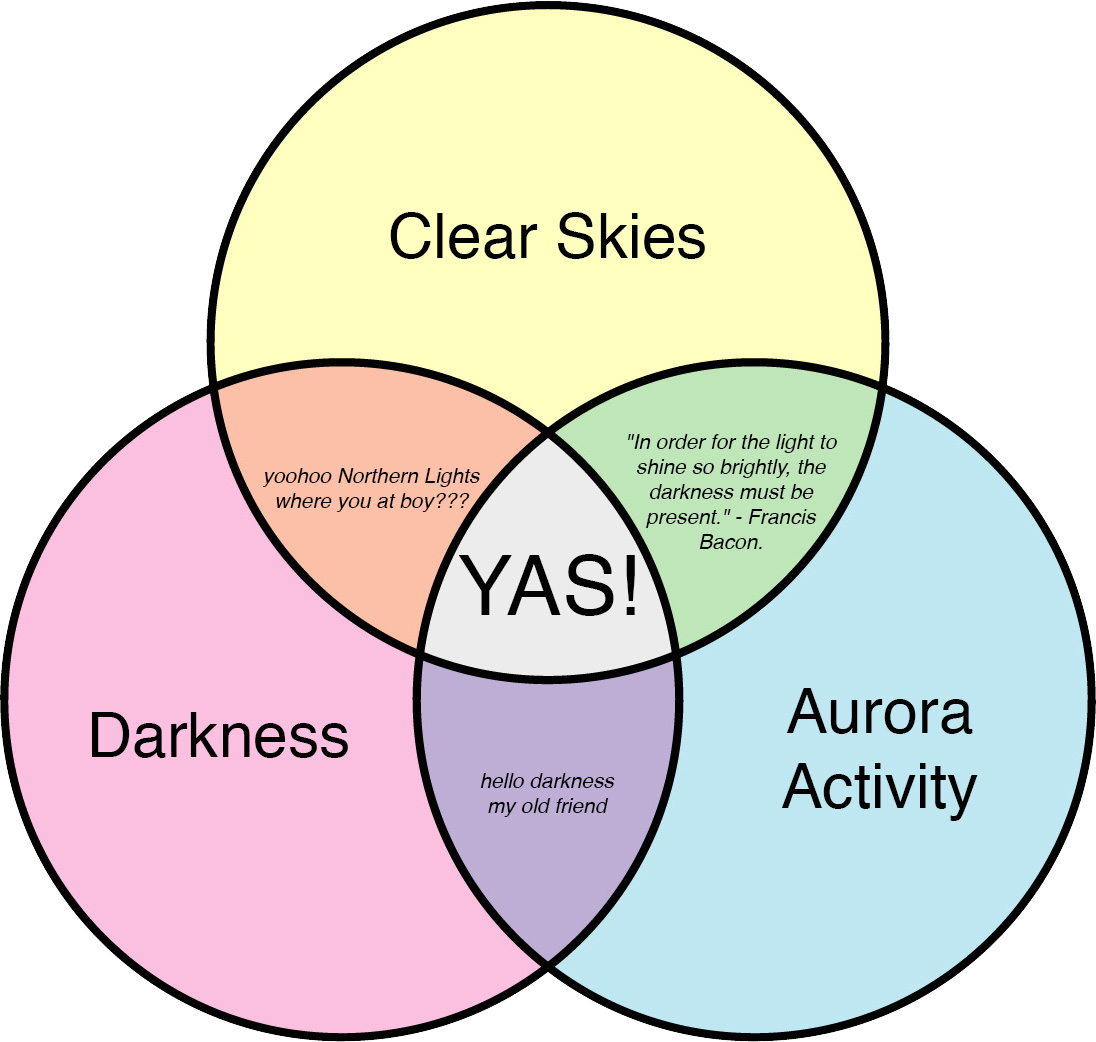 Most travel experts recommend September to mid-April as Northern Lights Iceland months. This is because these are the months with the darkest nights. However, you need to take into account that some of these months also have the worst weather with tons of rain and snow.

That said, it’s important to factor in clear skies. Even with dark nights, if the skies are cloudy, you’re pretty much out of luck.

How to Read the Aurora Forecast Chart

In order to decide on the best time to visit Iceland for Northern Lights, you need to learn to read the aurora forecast Iceland chart. 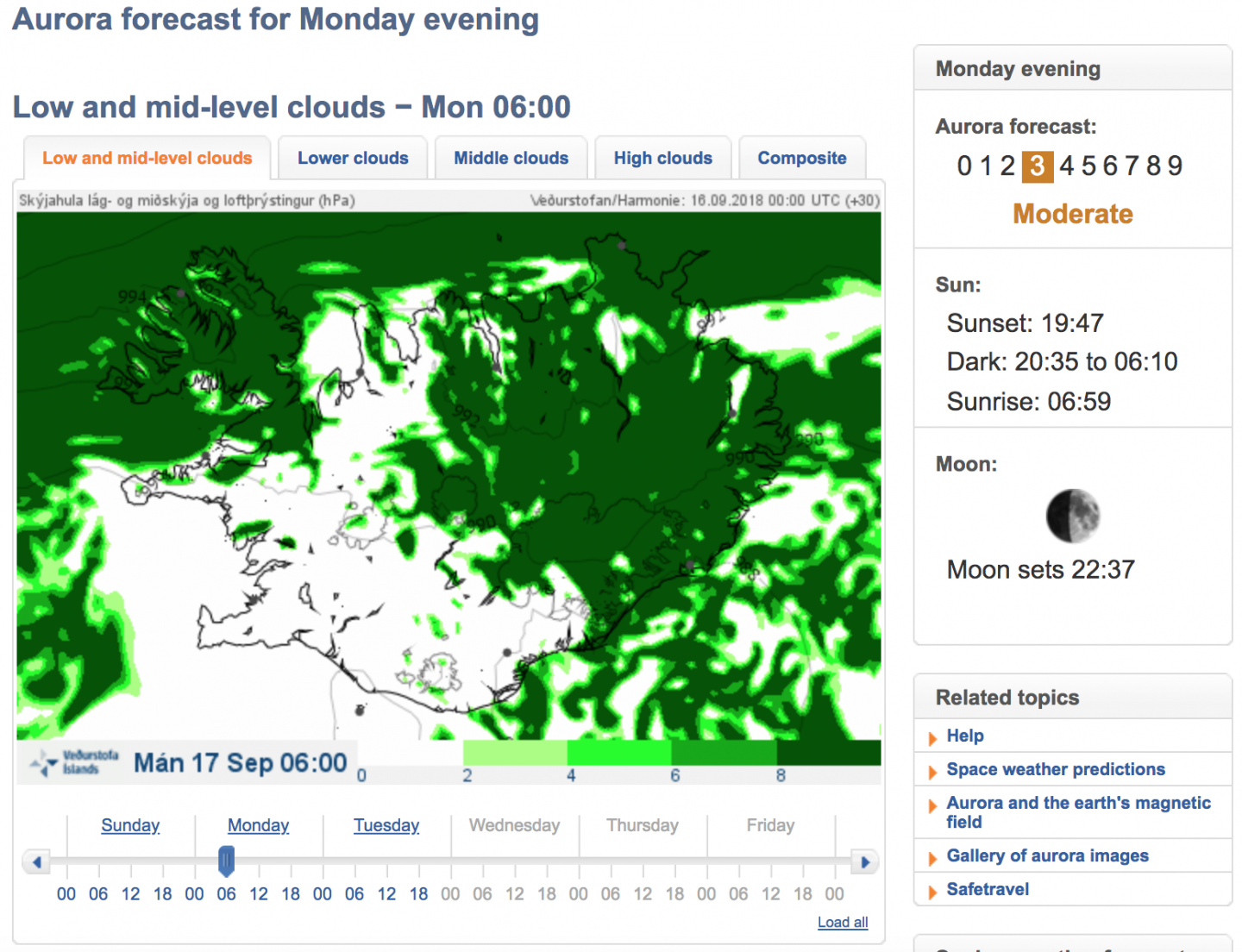 The chart may look a little intimidating at first, but it’s actually very straightforward.

As you can see, there is a map of Iceland. On the map, there are light green and dark green patches. These represent clouds, whereas the white sections are indicative of clear skies. You want to avoid the green and be in the white areas on the map.

On the right, there is an aurora level indicator from 0 to 9 – 0 being the weakest and 9 being the strongest. Now it rarely ever reaches 9 in Iceland. Regardless, even with a 2 or 3, you can see faint traces of Northern Lights in the sky.

The chart also tells you when the sun sets and what hours are the darkest until sunrise. You will obviously want to aim for the darkest hours for the best viewing experience. 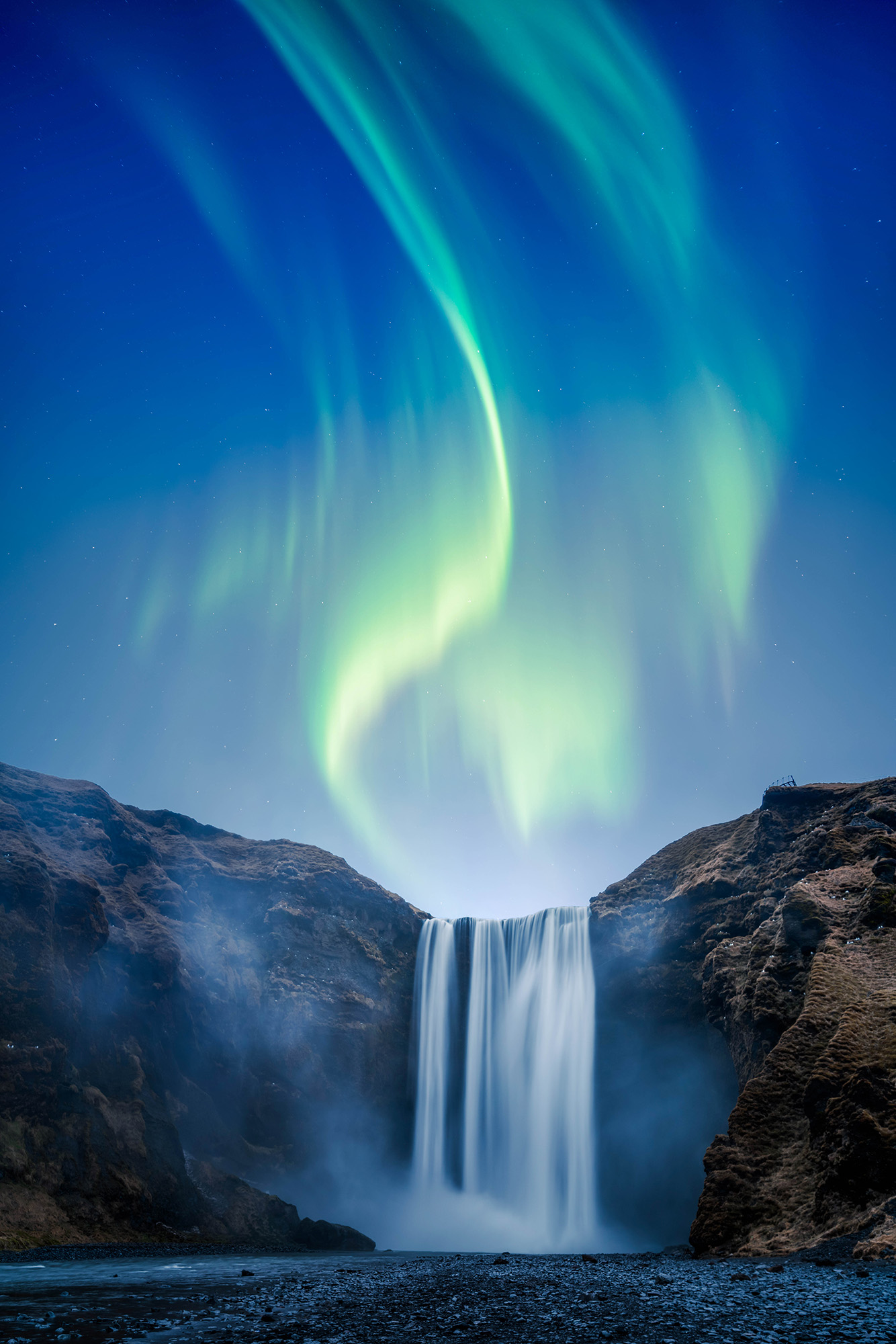 When did I actually see Northern Lights in Iceland?

My dad and I visited Iceland in September. First week of September to be precise.

We didn’t get to see the lights dance until the 4th day we were there because of how rainy it was. (Keep in mind that Iceland is notorious for rainy falls.) 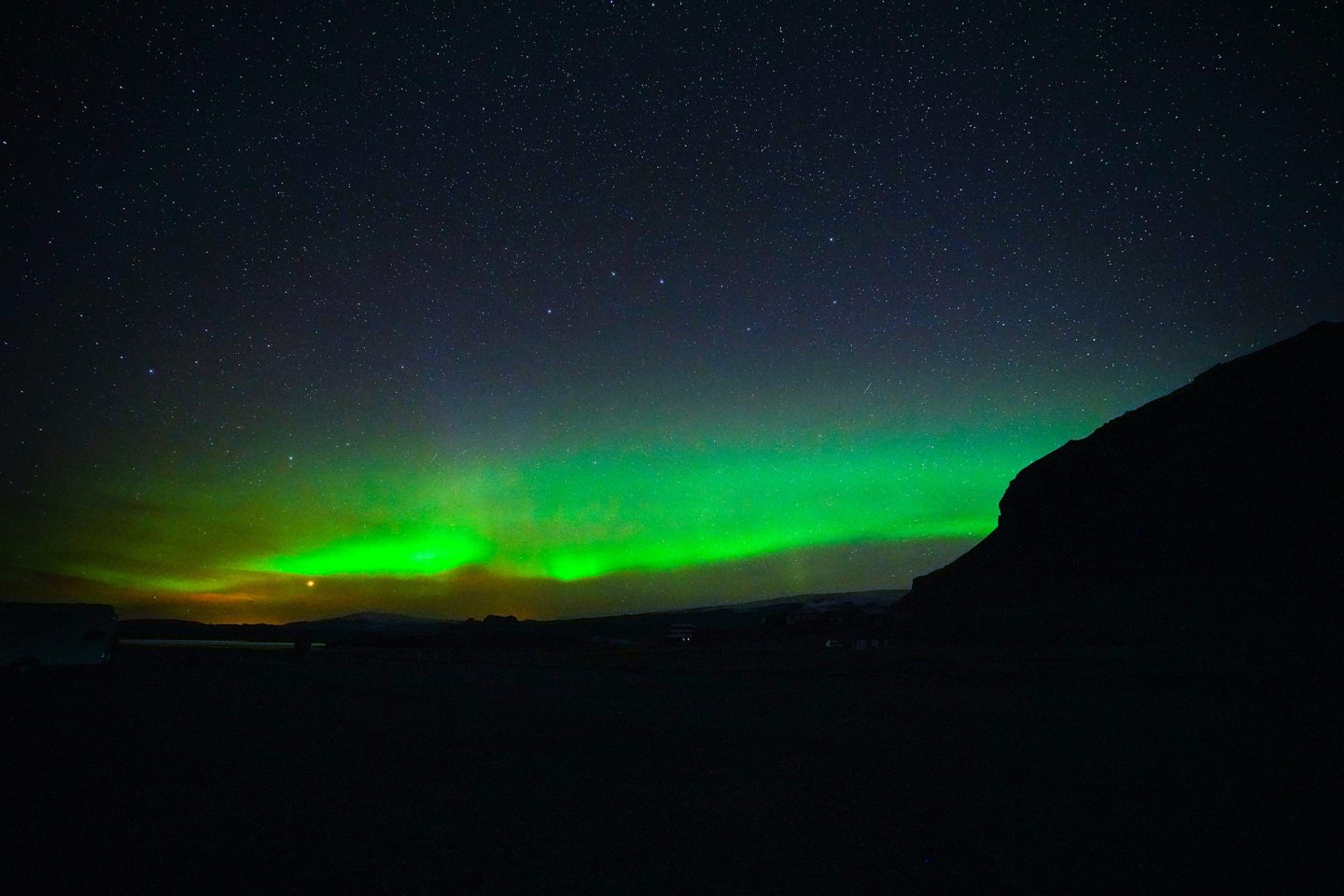 The aurora activity was a 2. With long exposure settings on my camera, it was absolutely breathtaking. Although mind you, this was my first Northern Lights experience and I’m someone who enjoys taking pictures.

My dad, on the other hand, was not impressed. To the naked eye, it was extremely faint. Like barely there. In fact, we almost missed it because we weren’t sure if what we saw was the actual Aurora Borealis. 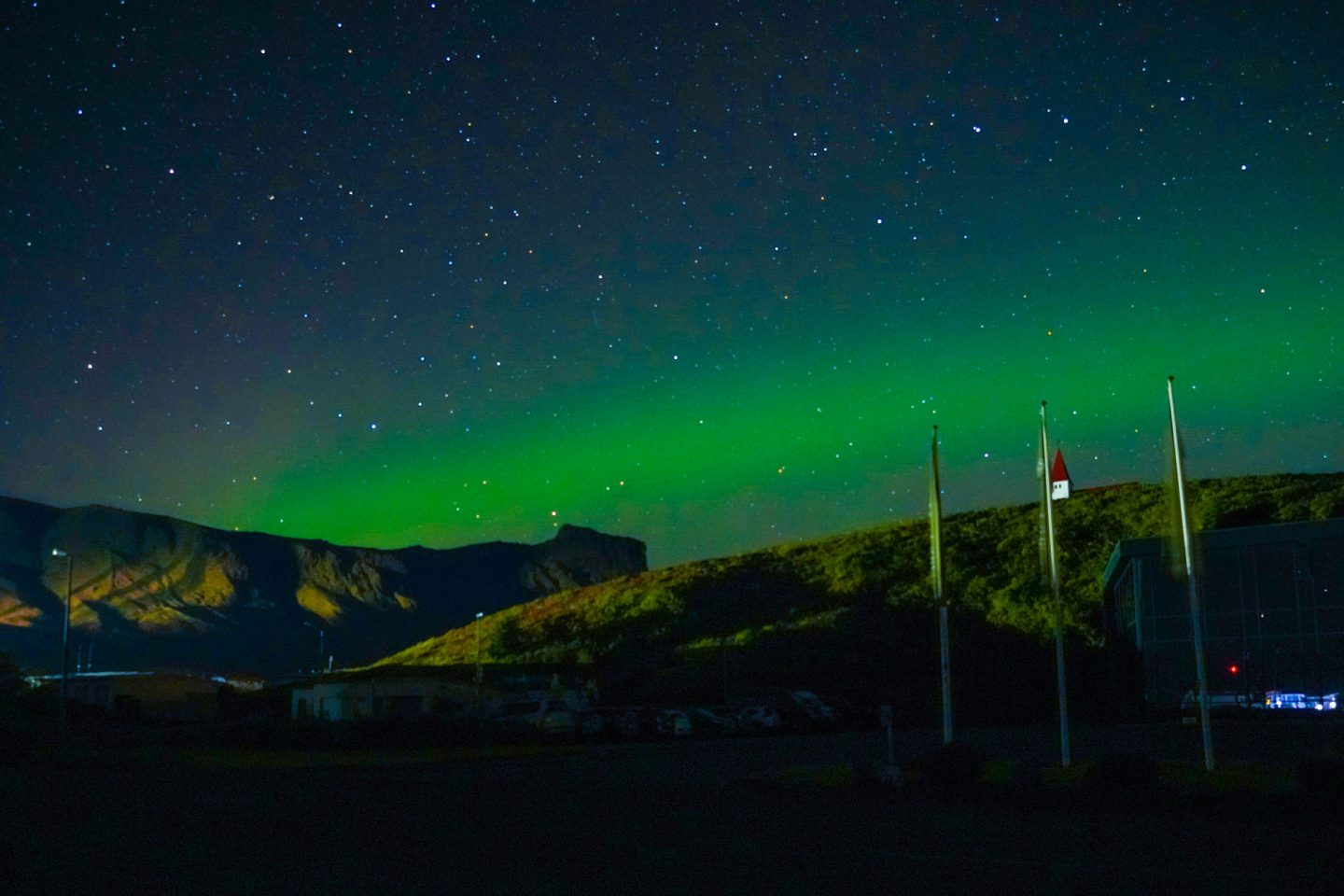 Taken in the parking lot of Icelandair Hotel Vik.

In short, if you want to catch that mesmerizing, “too beautiful to be real” light show, I suggest staying in Iceland for a longer period. Maybe around two weeks just to be safe.

We were there for a week and of the 7 days (technically 6 nights), we only saw Northern Lights once. On some days, the activity level spiked to a 3/4, but it was simply way too rainy. At the end of the day, it really comes down to your luck.

How to Prep for Your Northern Lights Experience

In addition to letting you in on the best time to see Northern Lights in Iceland, I figured I’d share some tips on how to prepare yourself for the most enjoyable experience. 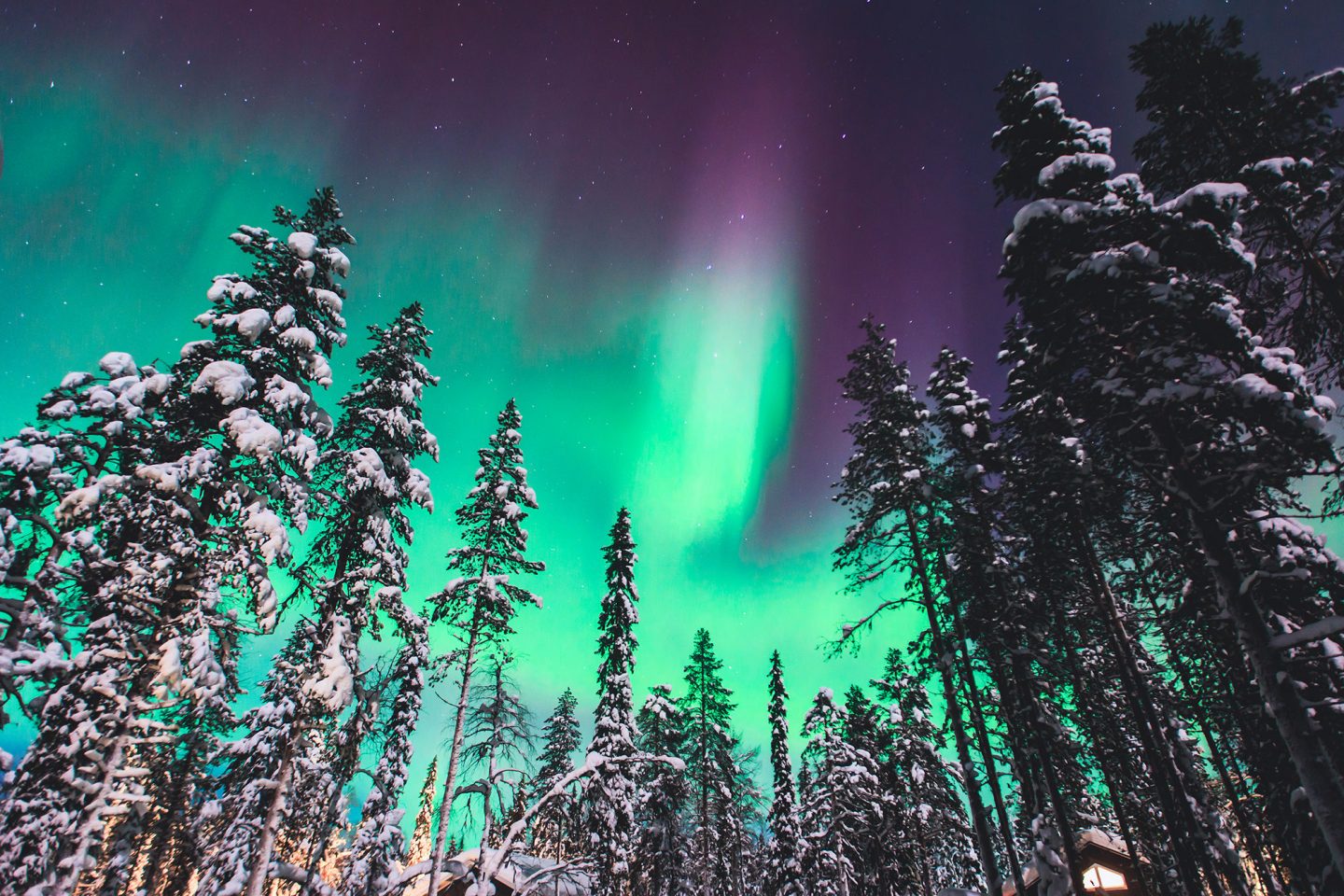 Since you’ll be outdoors, it’s crucial to stay warm. 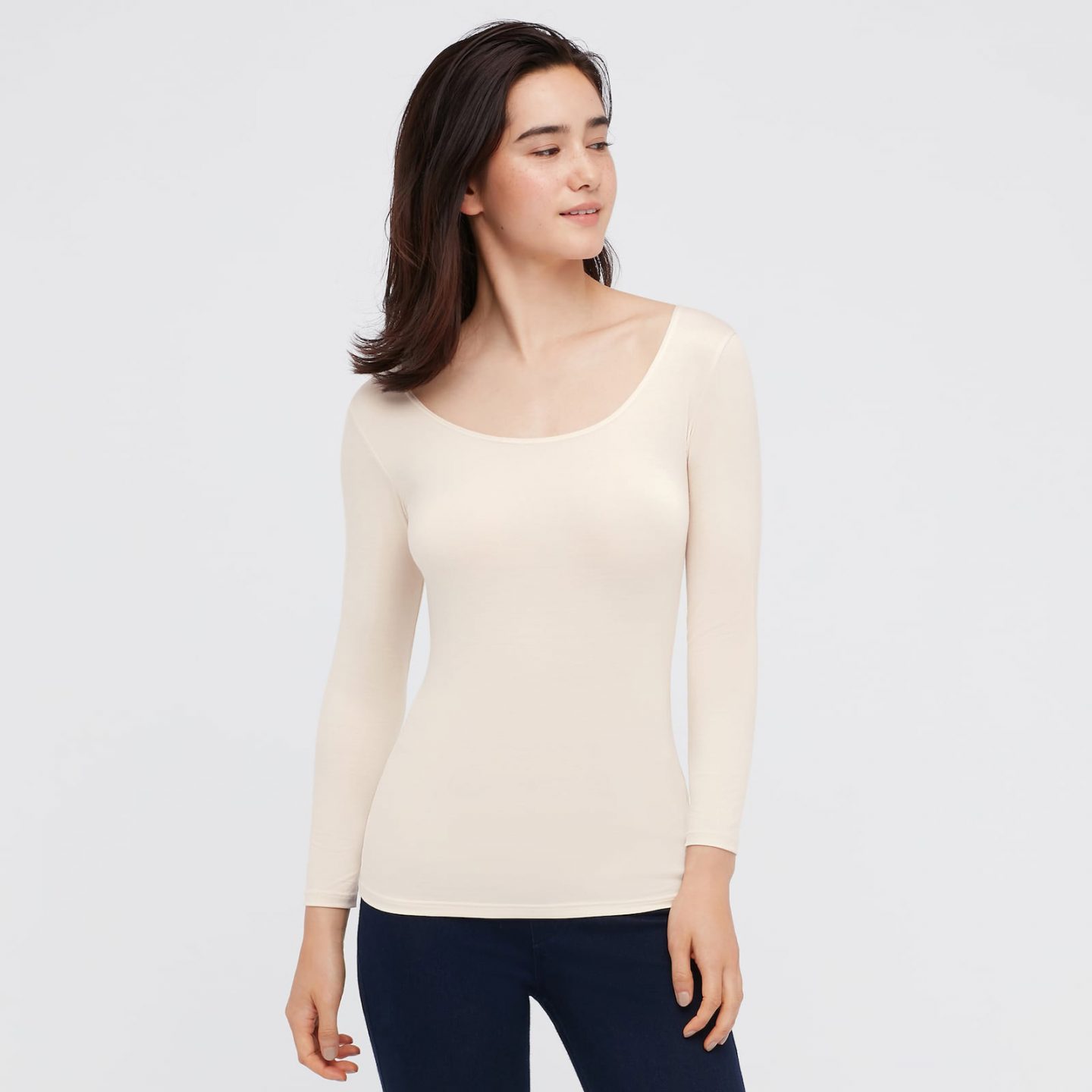 Uniqlo’s HEATTECH Thermal Base Layers are my secret weapon for layering. I have their crew neck t-shirt and leggings, and they make all the difference in the world.

Be sure to stock up on some hand warmers as well. No matter how prepared you think you are, Iceland can be much colder than you ever expect. (It’s literally the kind of cold that’s chilling to the bones.)

Looking to photograph Northern Lights? Seek out your photo location during the day!

If you think you can chase the lights and find a spot last minute, you are wrong. Sooooo wrong. Because when it’s dark at night, you bet it’s dark. Like pitch black dark. (Remember, Iceland doesn’t have that many street lights!)

We were in Vík when we saw Northern Lights. There was a charming little church right behind our hotel that we didn’t even notice until the next day because of how dark it was. (There was a power outrage in the entire town too so that certainly didn’t help.) Take it from someone who’s missed out on great photo opportunities, scout your location first! 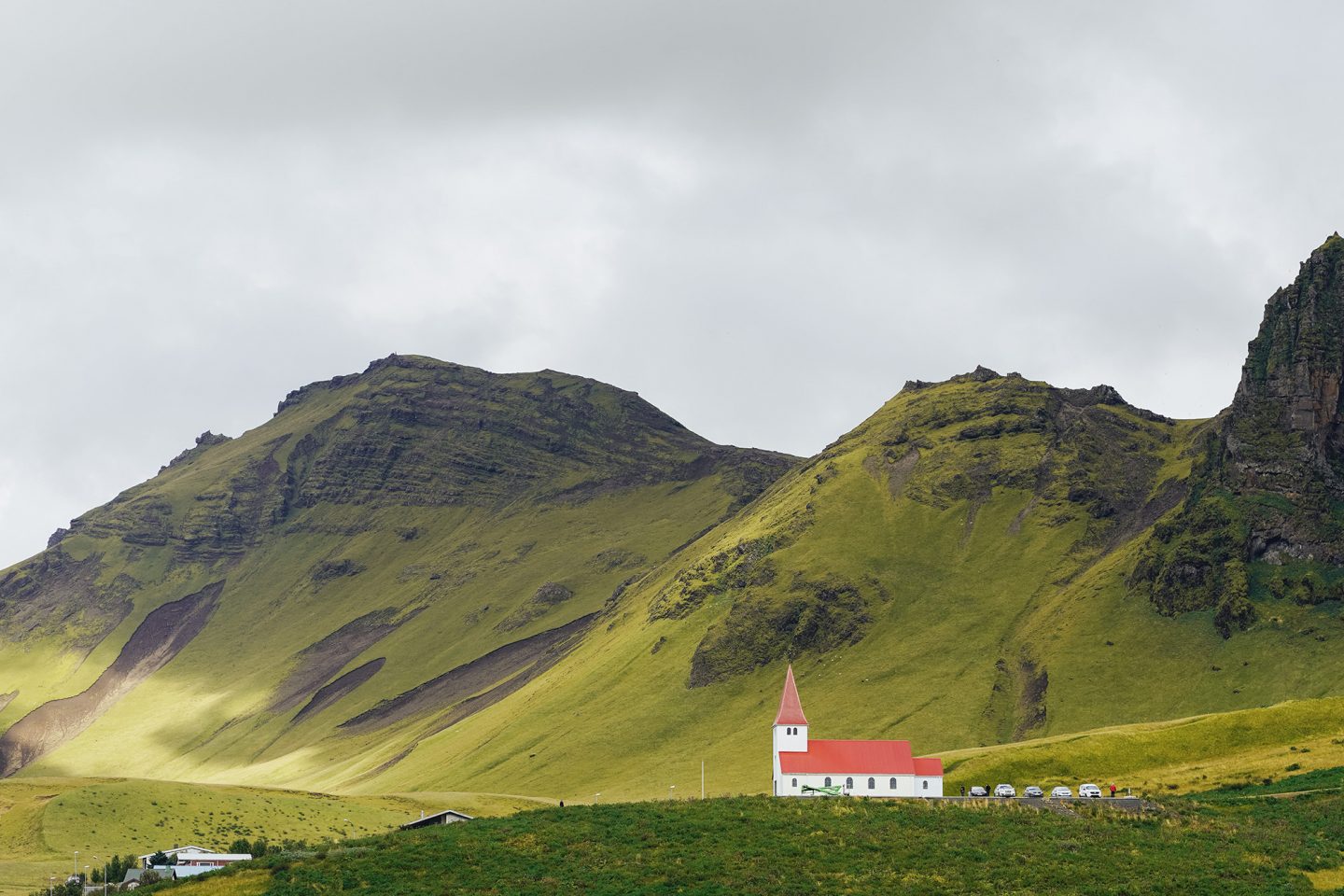 When choosing a location, pick a subject you can shoot. For example, a church. If you manage to locate a mountain or a body of water, even better! The lights will add a lot of drama – especially with the reflections.

I recommend picking 2-3 spots in case the lights don’t align with your location. Since we were in Vík, I thought the basalt stacks at Reynisfjara Black Sand Beach would be perfect. Except as it turned out, the lights were in the complete opposite direction! I ended up shooting them against some random mountains and looking back now, I definitely wish I’d planned ahead.

If this is your first time shooting Northern Lights in Iceland, John from EXPOSED has some awesome photography tips. 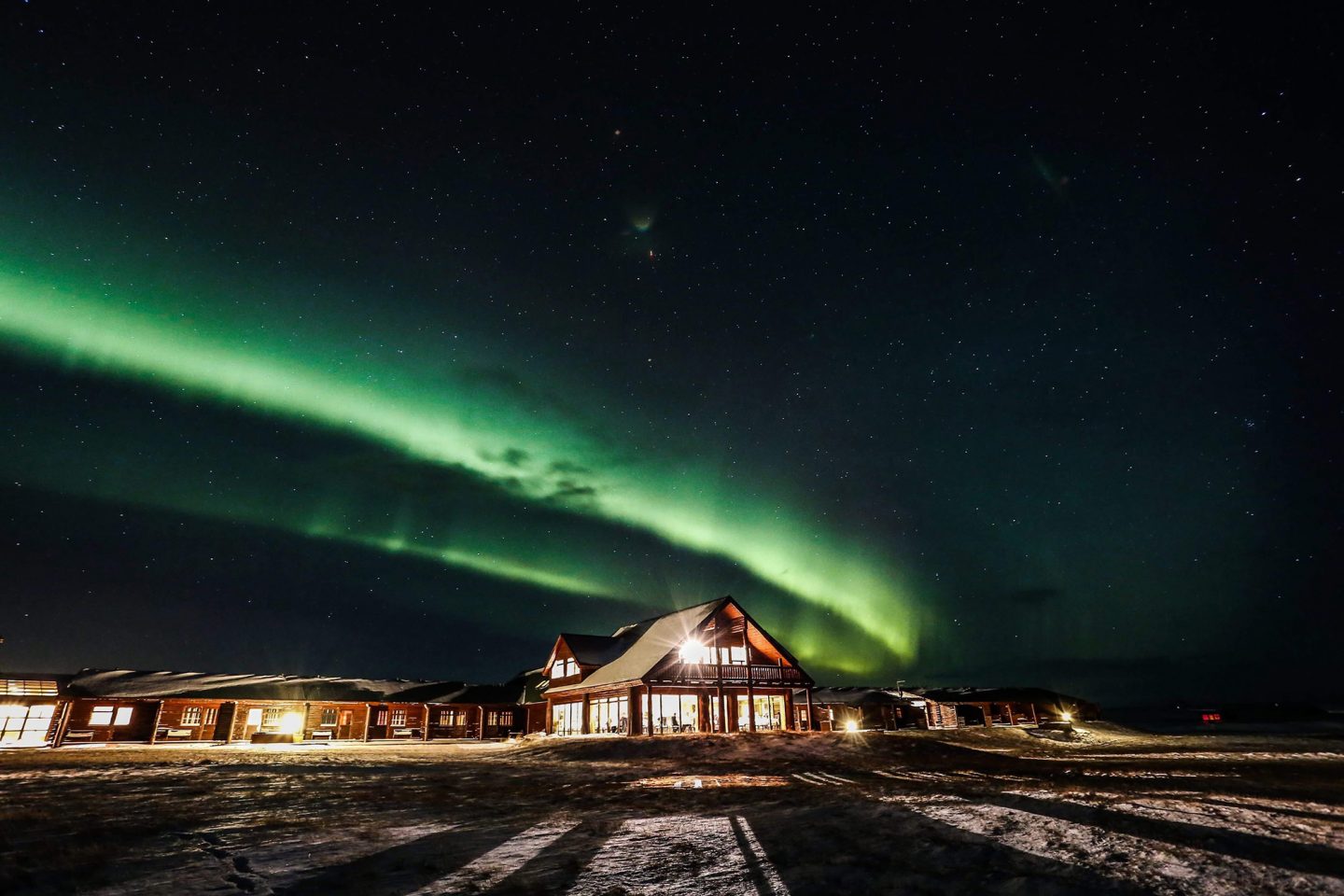 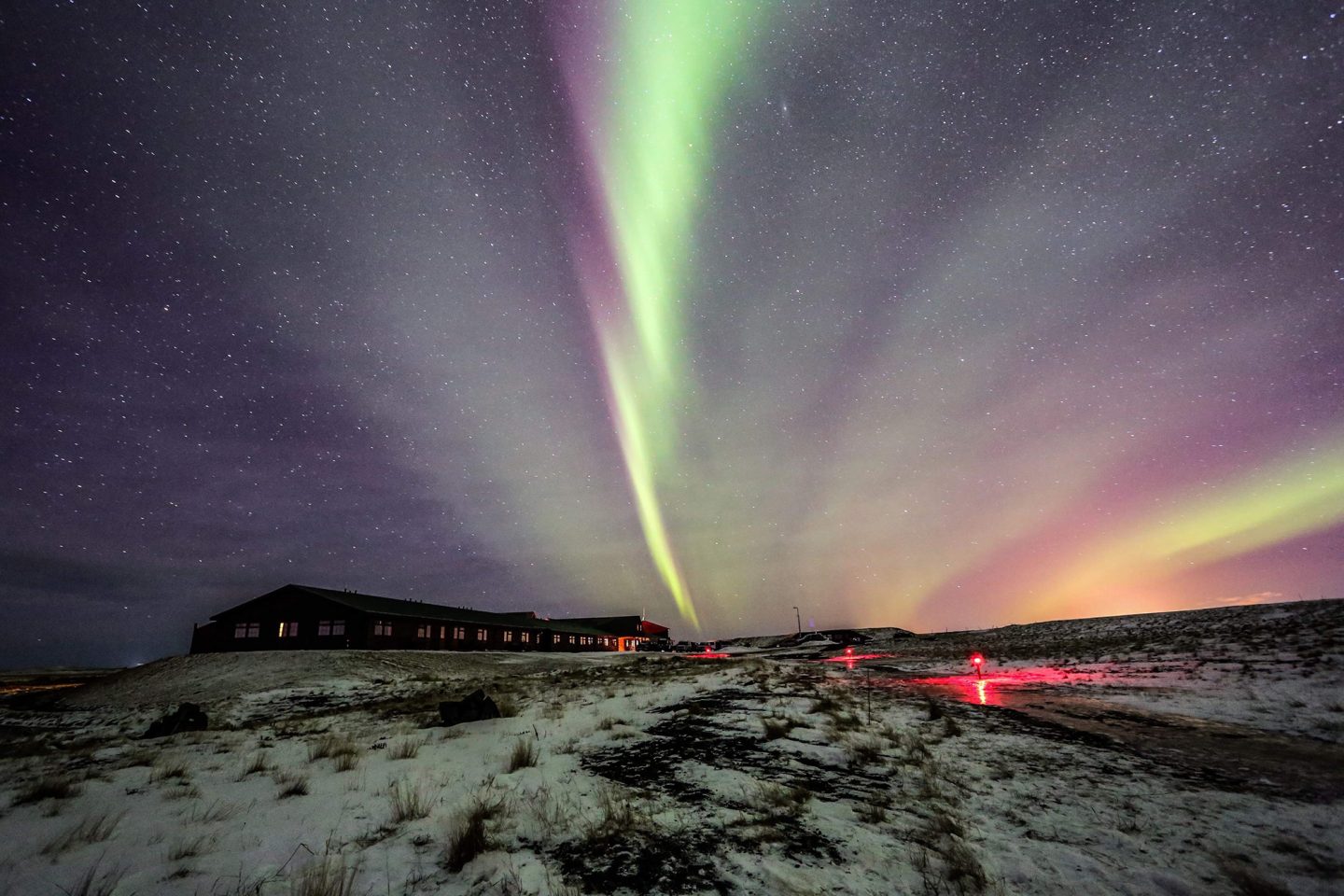 Rachel from The World In A Weekend took these stunning photos back in January 2016 at Hotel Ranga. 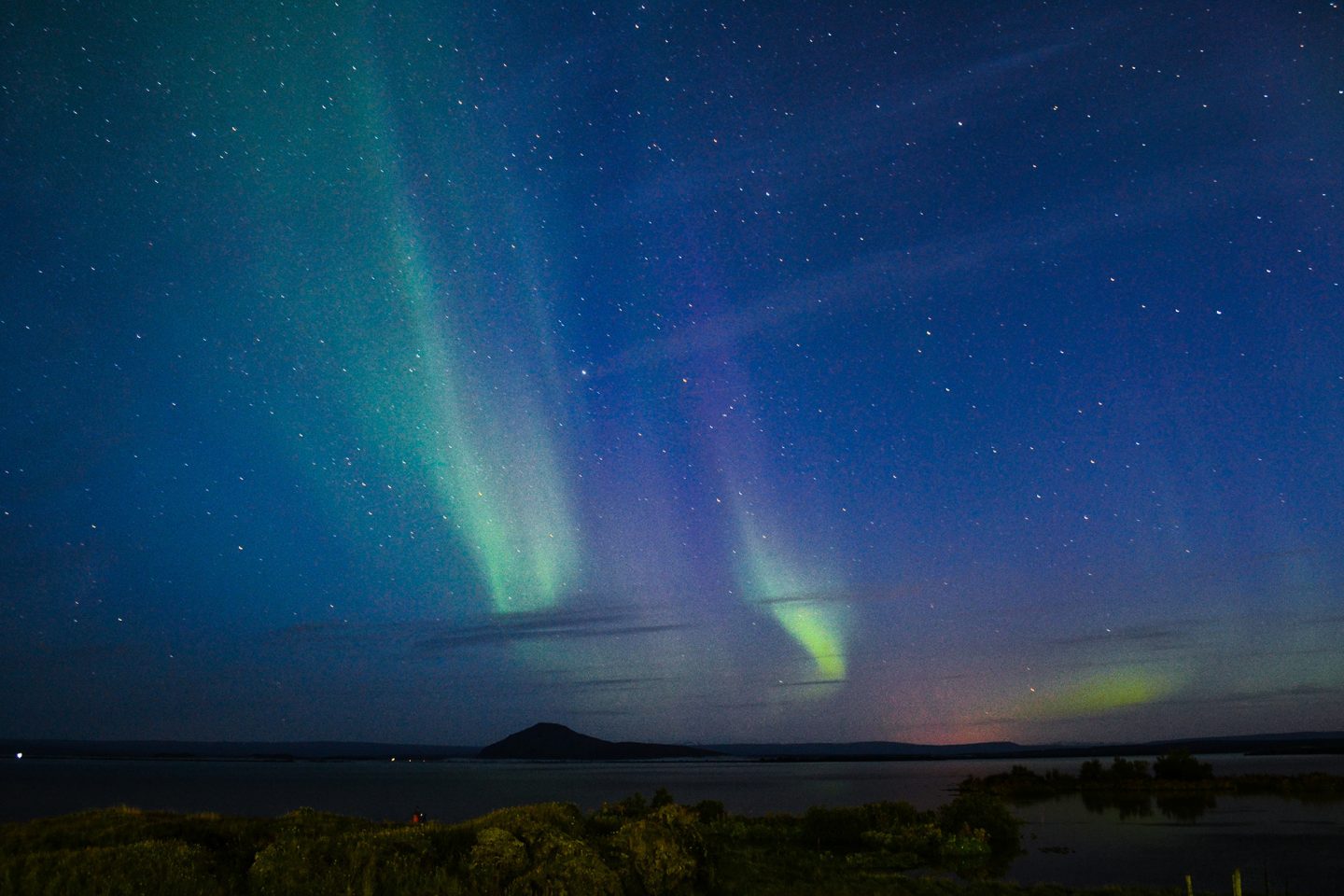 Masha from Fingertip Travels took this stellar shot at the end of August in Reykjahlíð around Lake Mývatn.

June and July are still fairly bright due to summer solstice. According to her experience, however, you can see Northern Lights as early as late August. It gets dark around 10:30PM and stays so until 4:30AM. 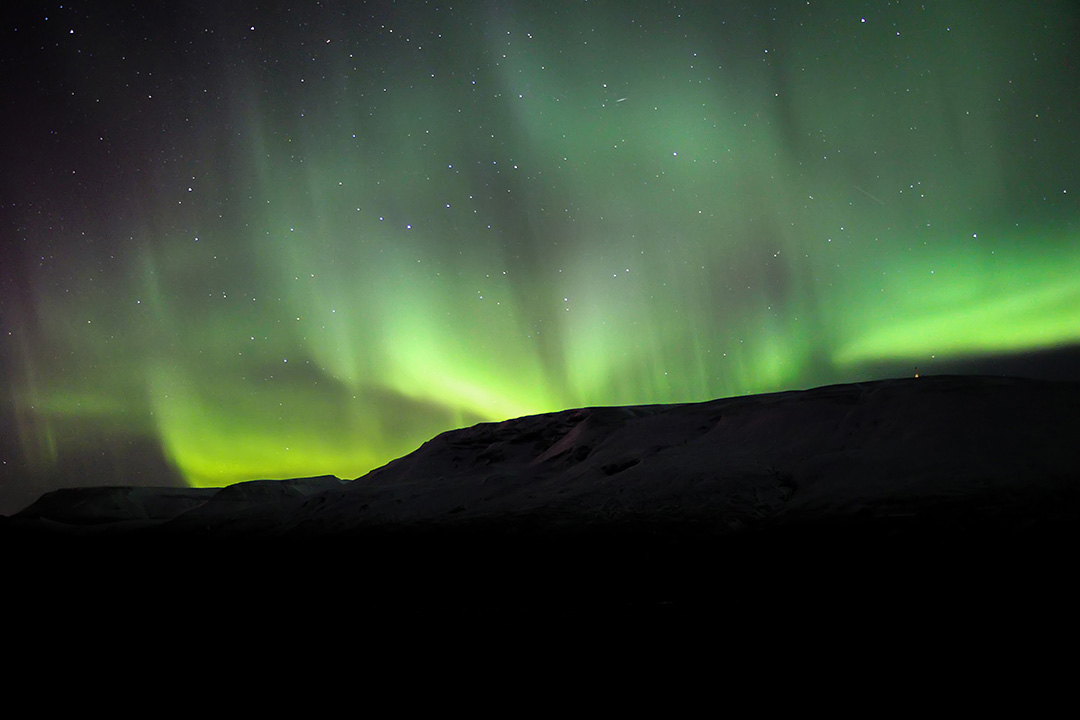 Heather from Trimm Travels photographed these gorgeous Northern Lights near Þingvellir National Park on October 5th. Can you imagine how awe-inspiring this must’ve been in person!? 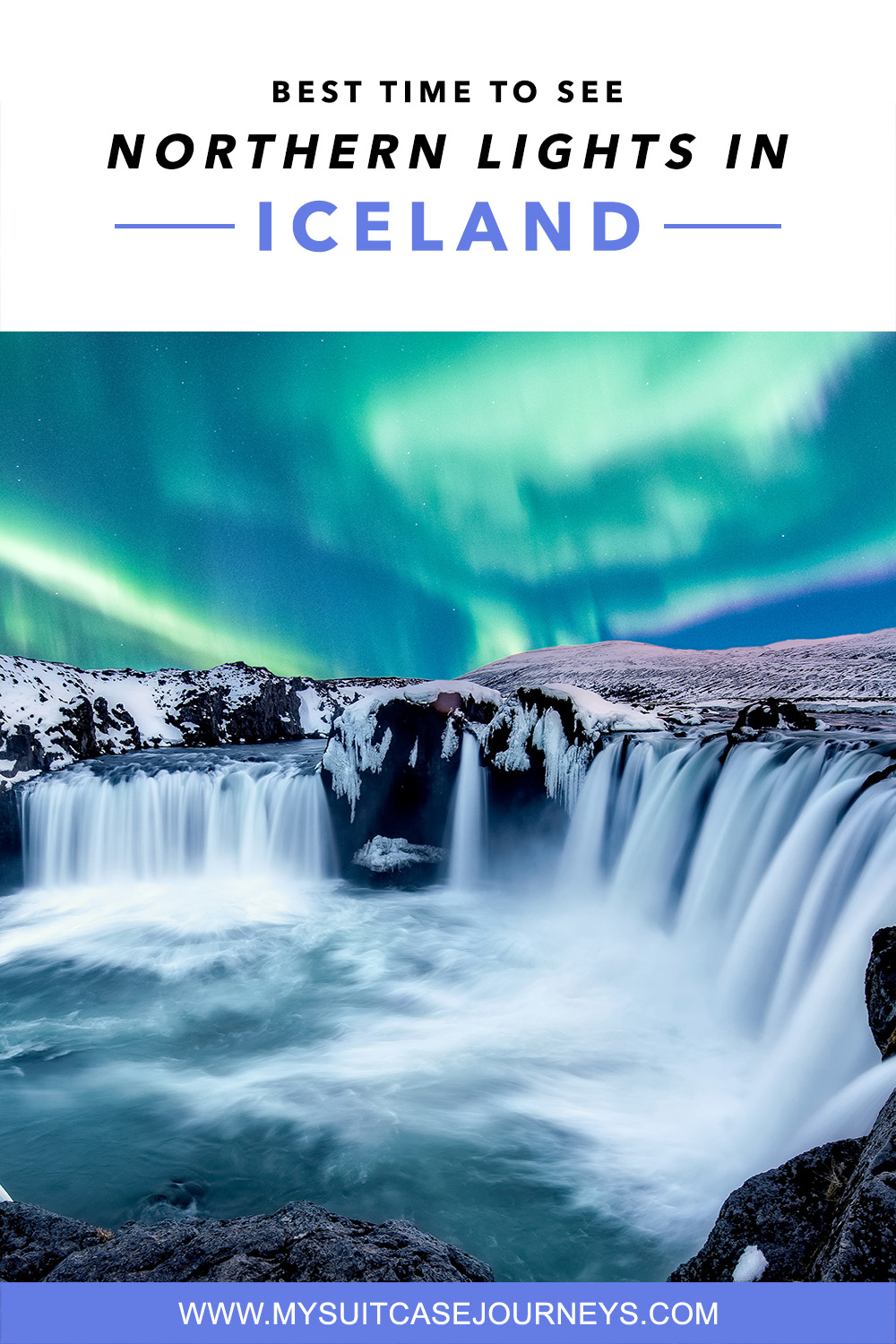 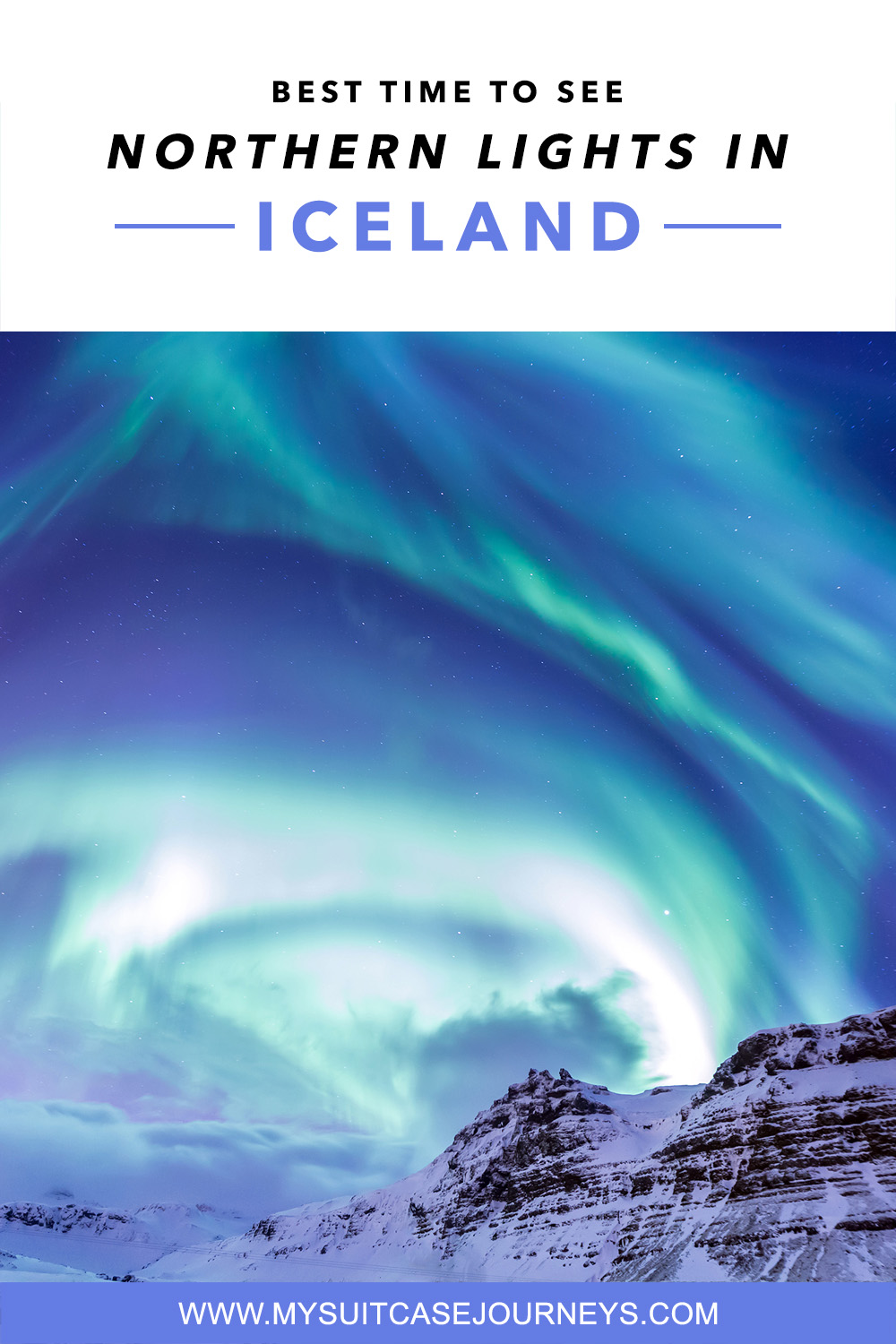 And there you have it! This is how you determine the best months for Northern Lights in Iceland.

While there isn’t a definitive answer for the best time to go to Iceland to see Northern Lights, remember… Northern Lights = darkness + clear skies + aurora activity.

Don’t forget to check out my vlog for more ideas on things to do in Iceland!