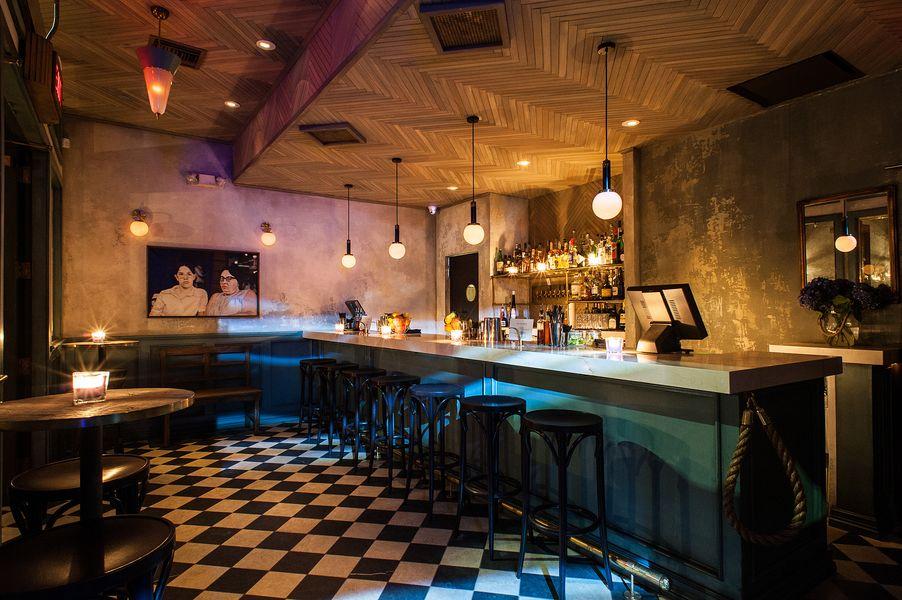 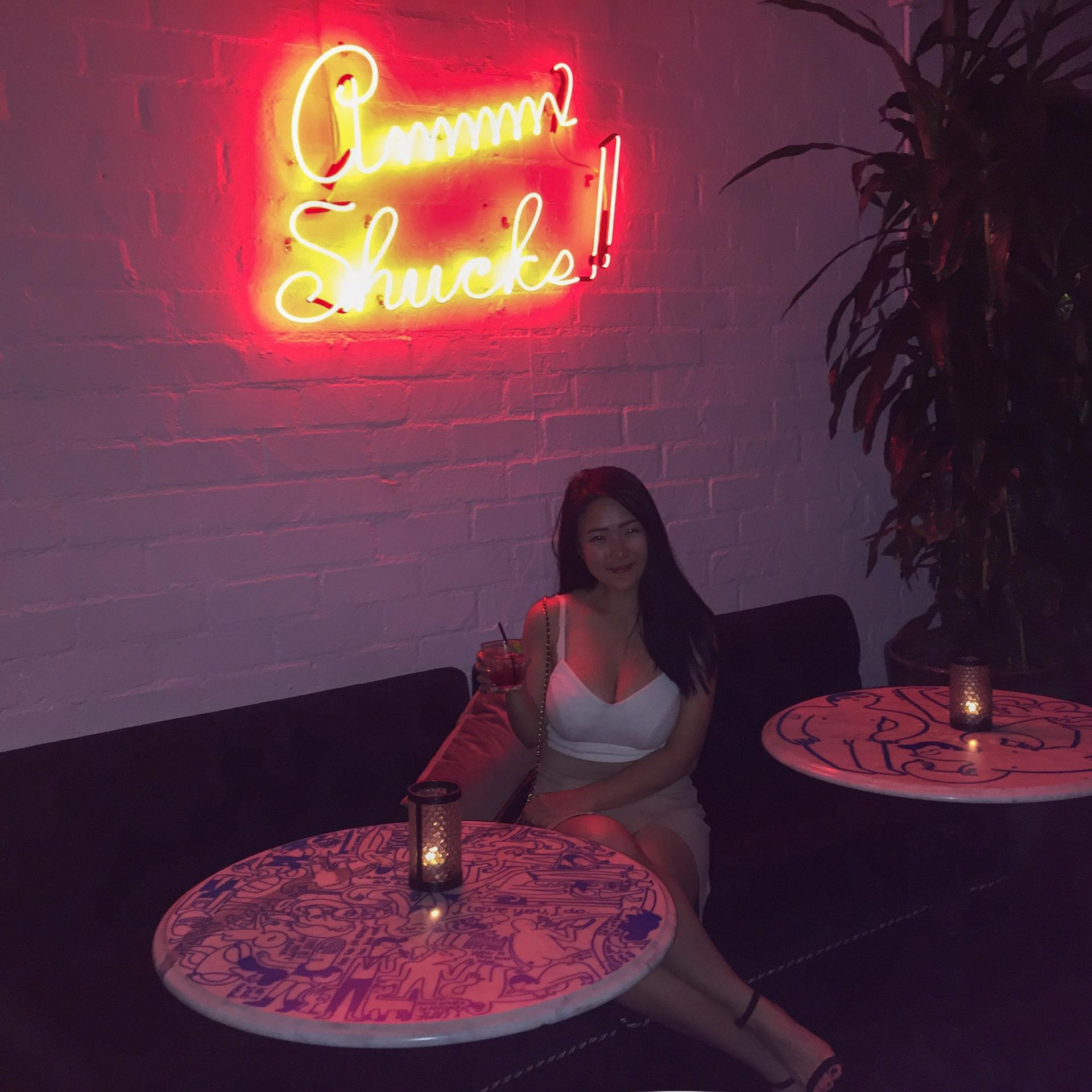 I mean first it was Vegas with the shooting and now LA with the fires… What is going on in the world!? It seriously pains my heart to hear about these series of unfortunate events and I sincerely hope the best for all those affected in these recent tragedies.

That said, I feel 100% guilty publishing this guide at a time like this, but for those looking for a little (future) fun in Los Angeles, here are some awesome Hollywood nightlife spots to hit up as recommended by local friends. 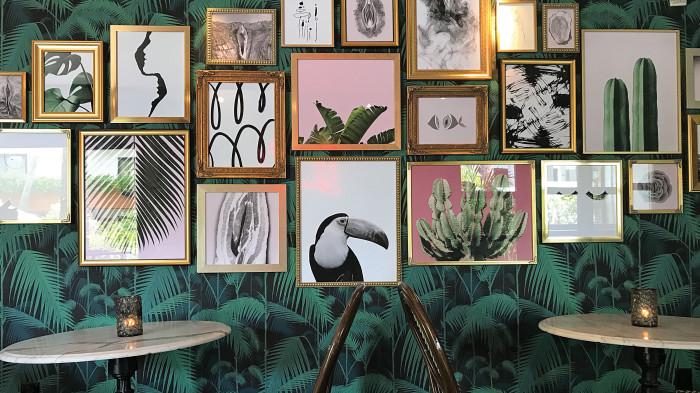 Just launched this summer at the boutique hotel The Hollywood Roosevelt, The Rosy Oyster is a brand new poolside sipping spot with cute AF aesthetics perfect for stepping up your Instagram game. 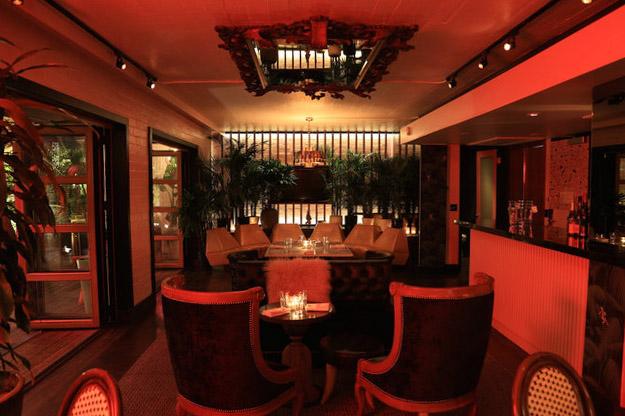 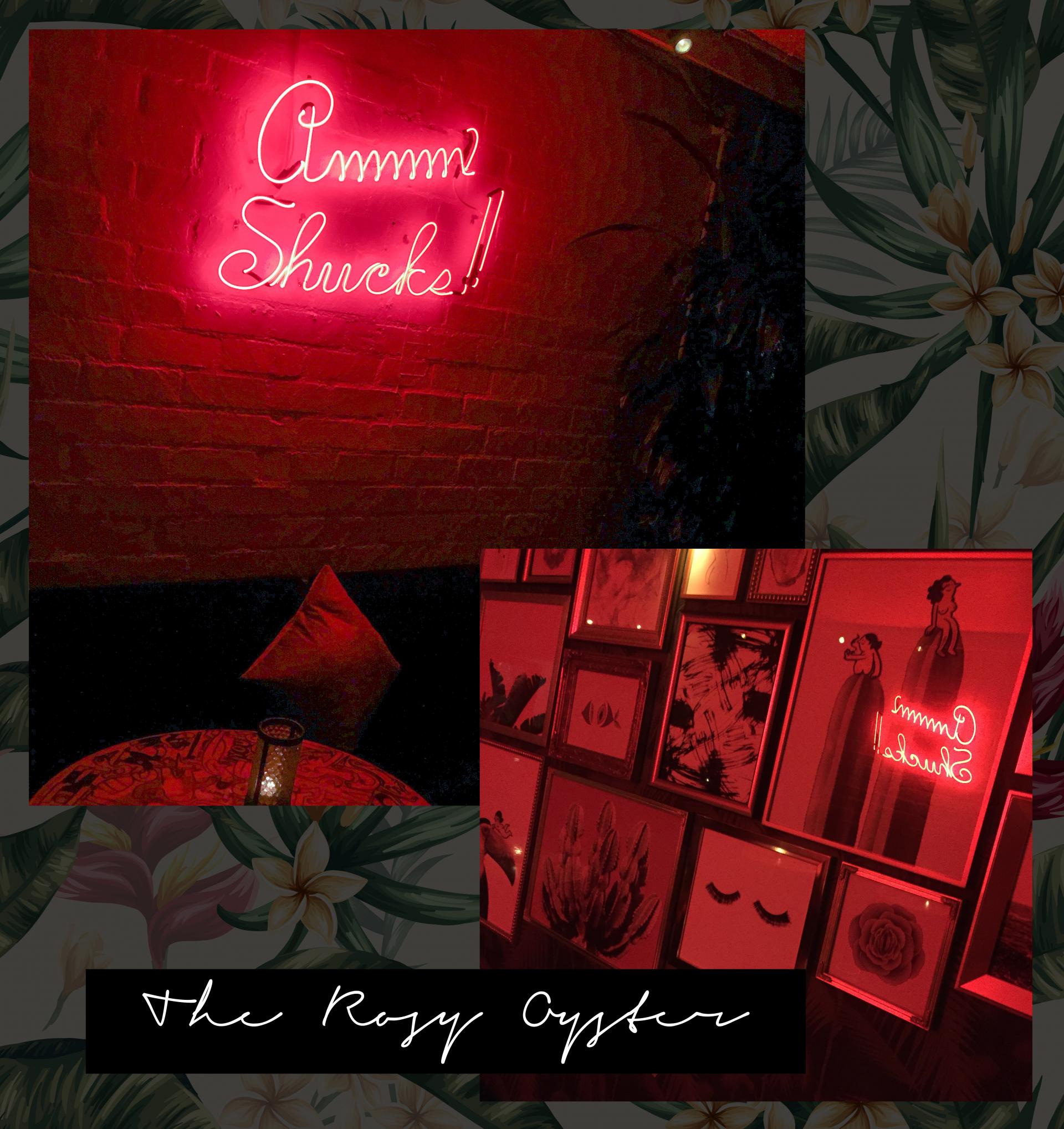 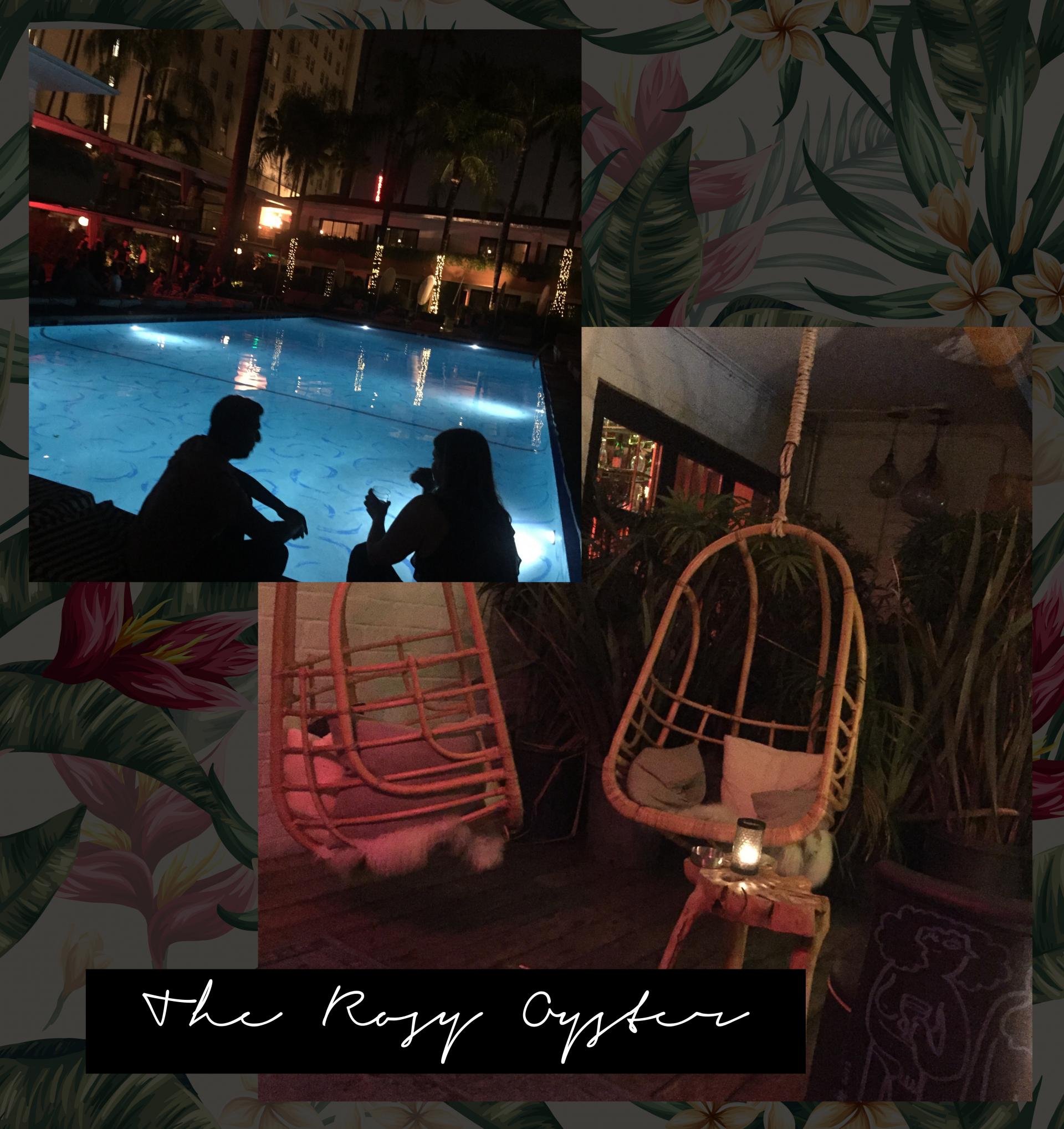 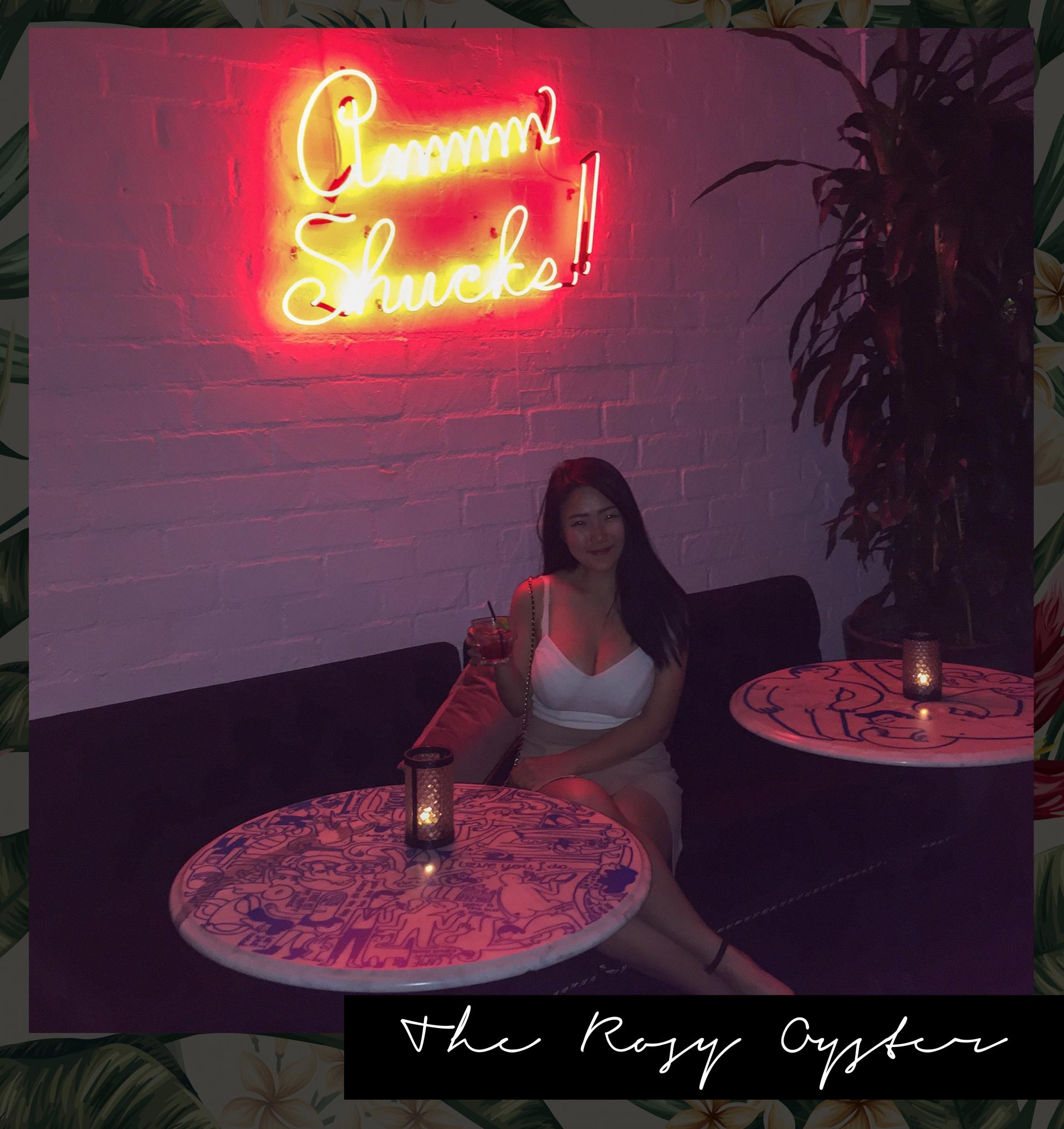 We found out about this place from our Airbnb host as he was attending a friend’s party there the night we arrived in town. Now this place has terrible Yelp reviews, most of which are complaints about bouncers not letting guests in even when empty. Let’s be real tho, LA is very much a “network” city. Everyone knows a friend who knows someone who knows another somebody and this is generally how you get in places. So yes, we were lucky that our host talked with the bouncer and led us in. If you don’t have any connections, expect there to be a bit of a wait.

Drinks are average – just your typical bar selection – but overall fantastic ambiance. Definitely a fun and flirty spot for girls night out.

2. Tenants of the Trees

This one technically isn’t in Hollywood, but it’s nearby in Silver Lake.

They refer to themselves as a “creative compound” that is comprised of three different concepts.

There are three separate areas/rooms. You have your R&B/Hip Hop room that has electrifying lights (Out of Order). A second room with old school mixes and strong #tbt vibes (Tenants of the Trees). And last but not least, the back that opens up to an outdoor patio with very cute string lights and overall a great place to mingle (Concession).

Essentially you’ve got three bars/clubs in one and you get to enjoy all three for the cover of one. The crowd is diverse, the music is awesome (not your typical top 40 mainstream radio crap), and the drinks aren’t bad as long as you don’t torture yourself with ordering something you don’t have fond memories of like I did hahaa. SUper different than anything I’ve ever really experienced and I LOVED it.

Friendly reminder that the washroom lines are super looooonnnnnggggg. If you can’t hold it in for a good 30-45 minutes, don’t order too much to drink 😉 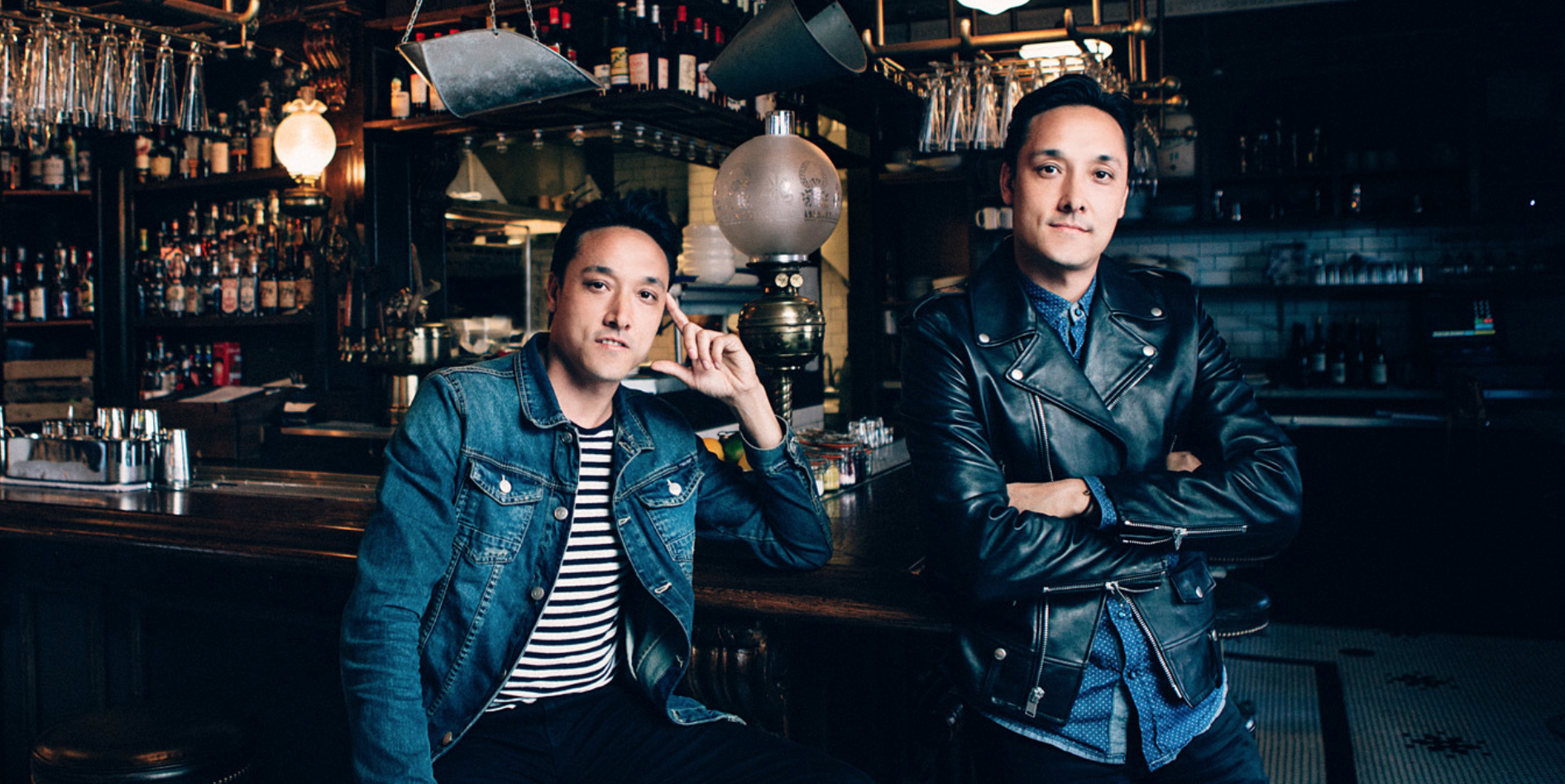 Run by the twin duo Mark and Jonnie Houston, Houston Hospitality is a brand of perhaps some of the most popular bars and lounges in greater Los Angeles. 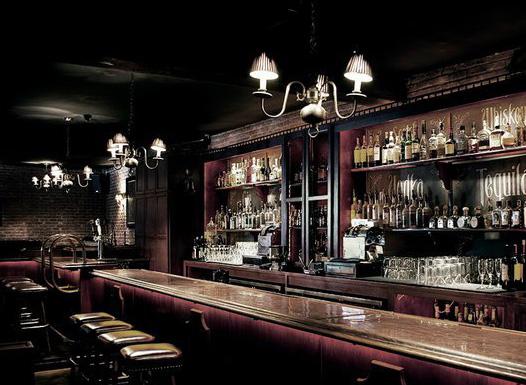 Piano Bar on Selma Avenue (heart of Hollywood) was the first of many to open. There is no cover, no dress code. Just a simple, chill dive bar where you can grab drinks and enjoy music with a couple good friends.

First of many but Piano Bar is unfortunately permanently closed. Only found out after I’ve drafted the post, but I’ll still keep it here on the list because this is where it all started.

Located on Hudson Avenue (West Hollywood), this is another Houston fave and is a fun basement bar. It’s tucked away underneath a Hollywood Boulevard apartment and the name is made in reference to the method in which alcohol was smuggled in laundry baskets during Prohibition. 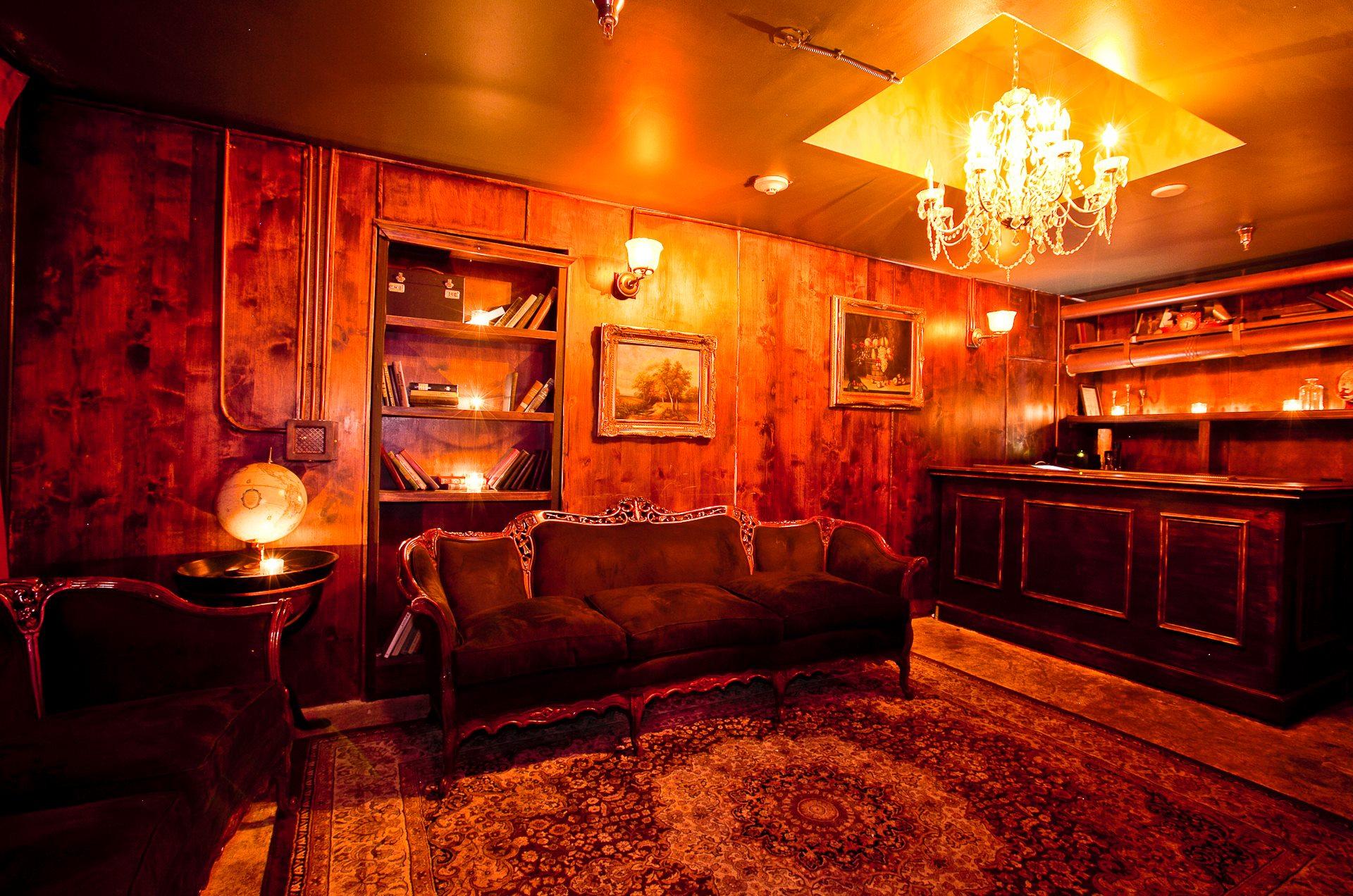 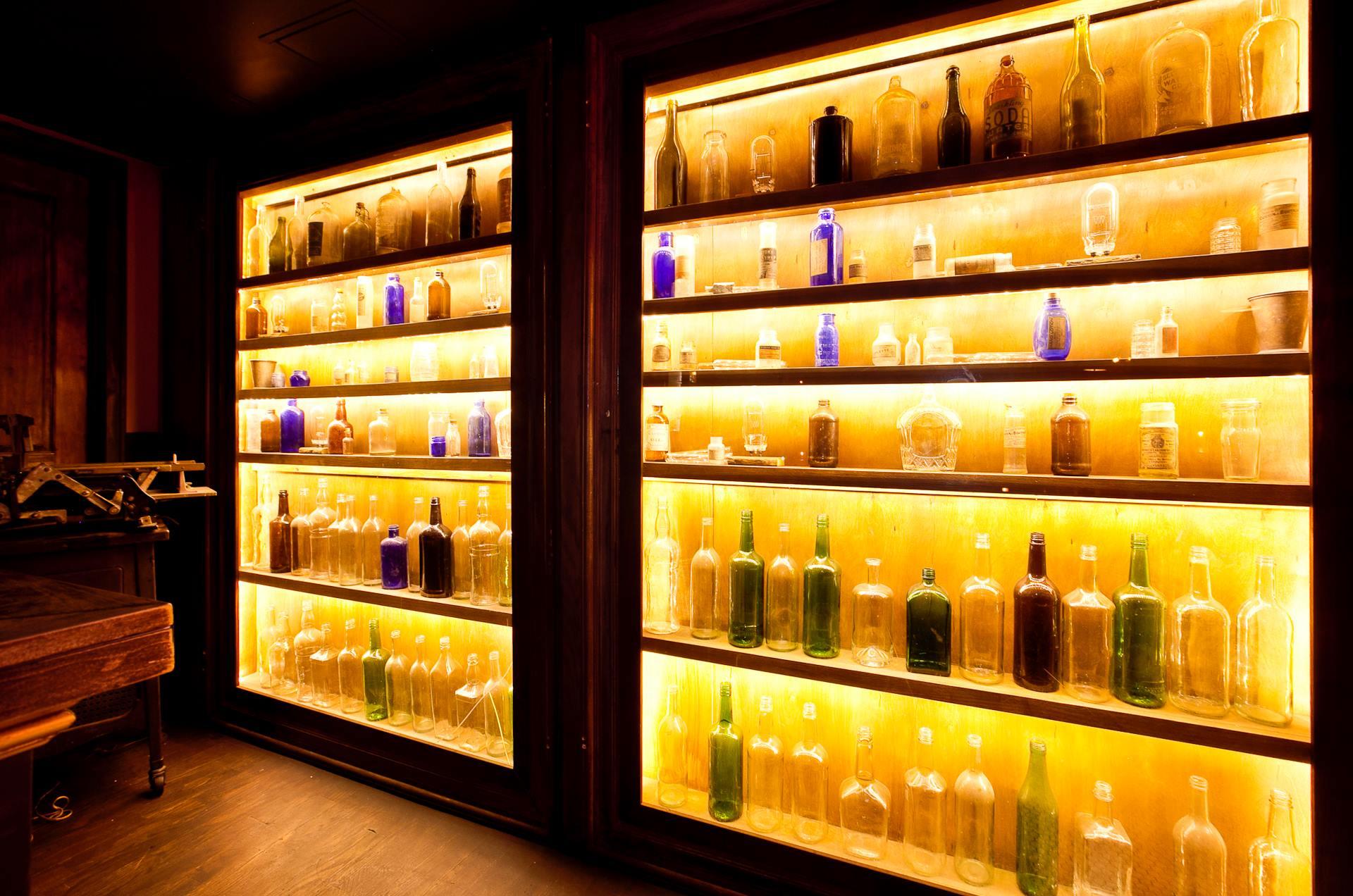 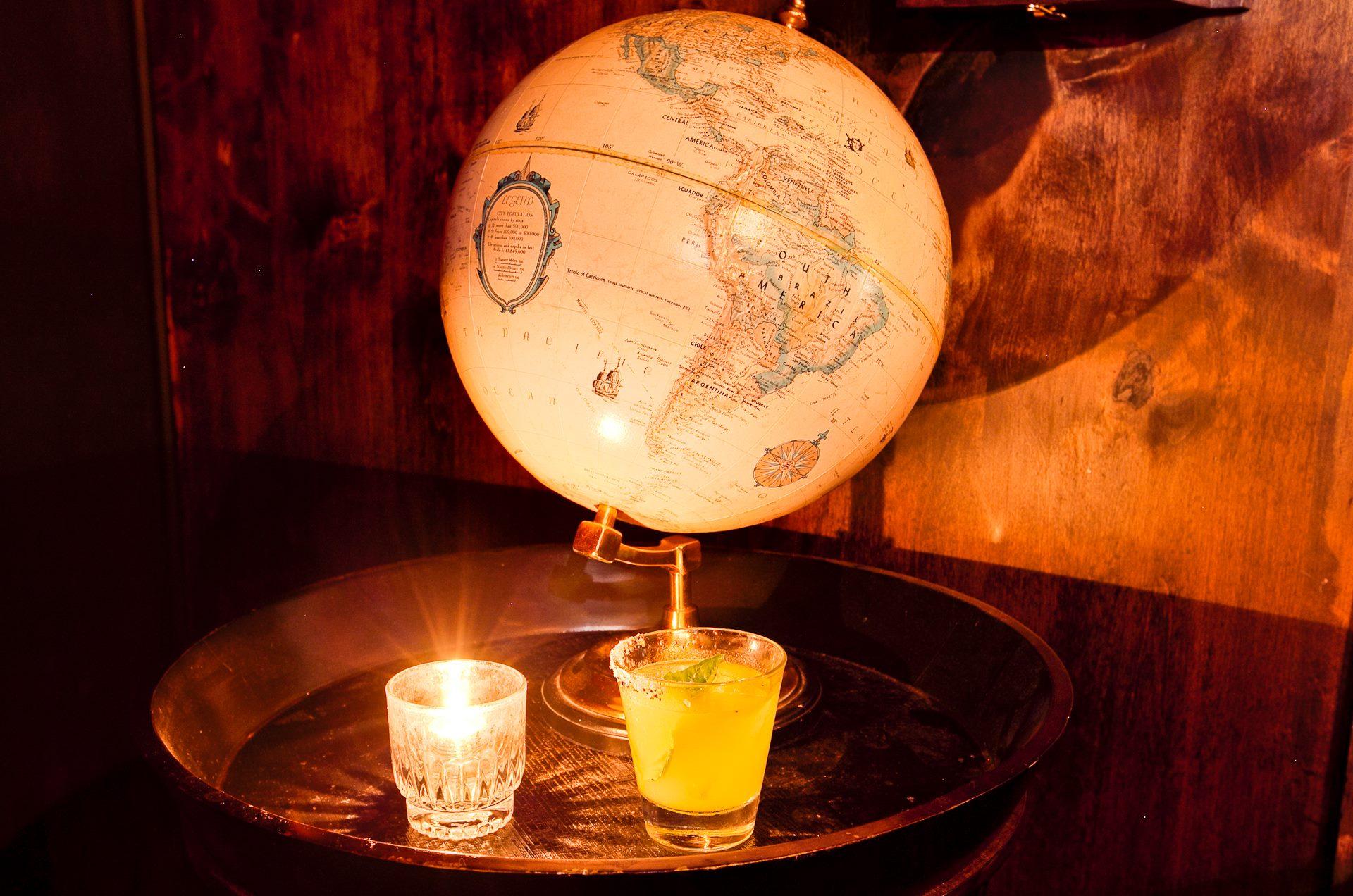 The cocktails here are hella bomb and while Whiskey Sour, Hollywood Park (bourbon-based), and Pop Rocks (vodka-based) are all highly recommended, if you are looking to be a little wild and adventurous, try the High Desert (barley-infused & rye-based). 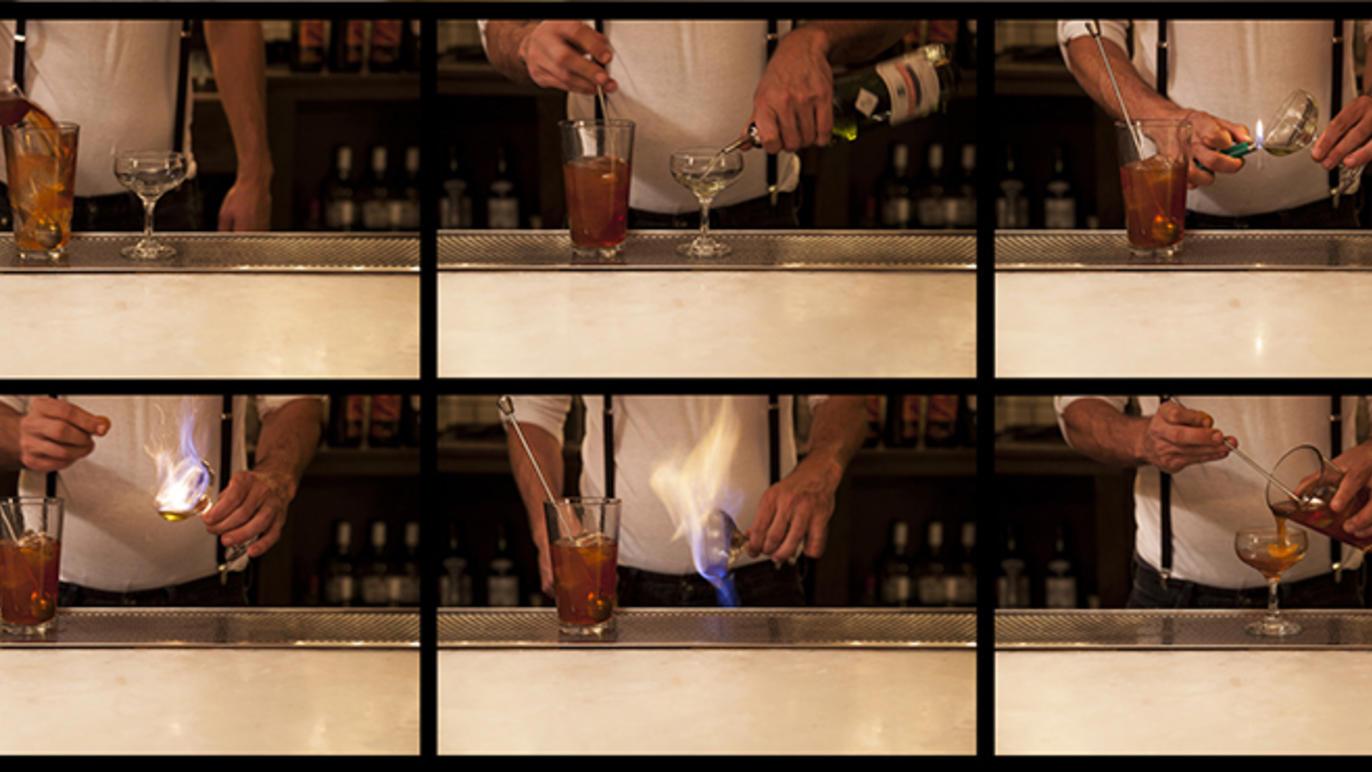 The music ranges from 1920s jazz to ’80s throwback but if you’re in the mood for some Hip Hop on a Wednesday evening, be sure to hit up their weekly Cyber Ceremony event.

One other cool vintage bar on Hudson Avenue is No Vacancy. Based in a restored Victorian home, No Vacancy has served as a film set for Lana Del Rey’s latest cover for Complex Magazine.

They are known for their pre-Prohibition era craft cocktails including Gin and Jameson, The Royal Swizzle (Atlantico Reserva rum-based), and The Professor (Bols Genever, Solerno Blood Orange liqueur, aperol and fig bitters). 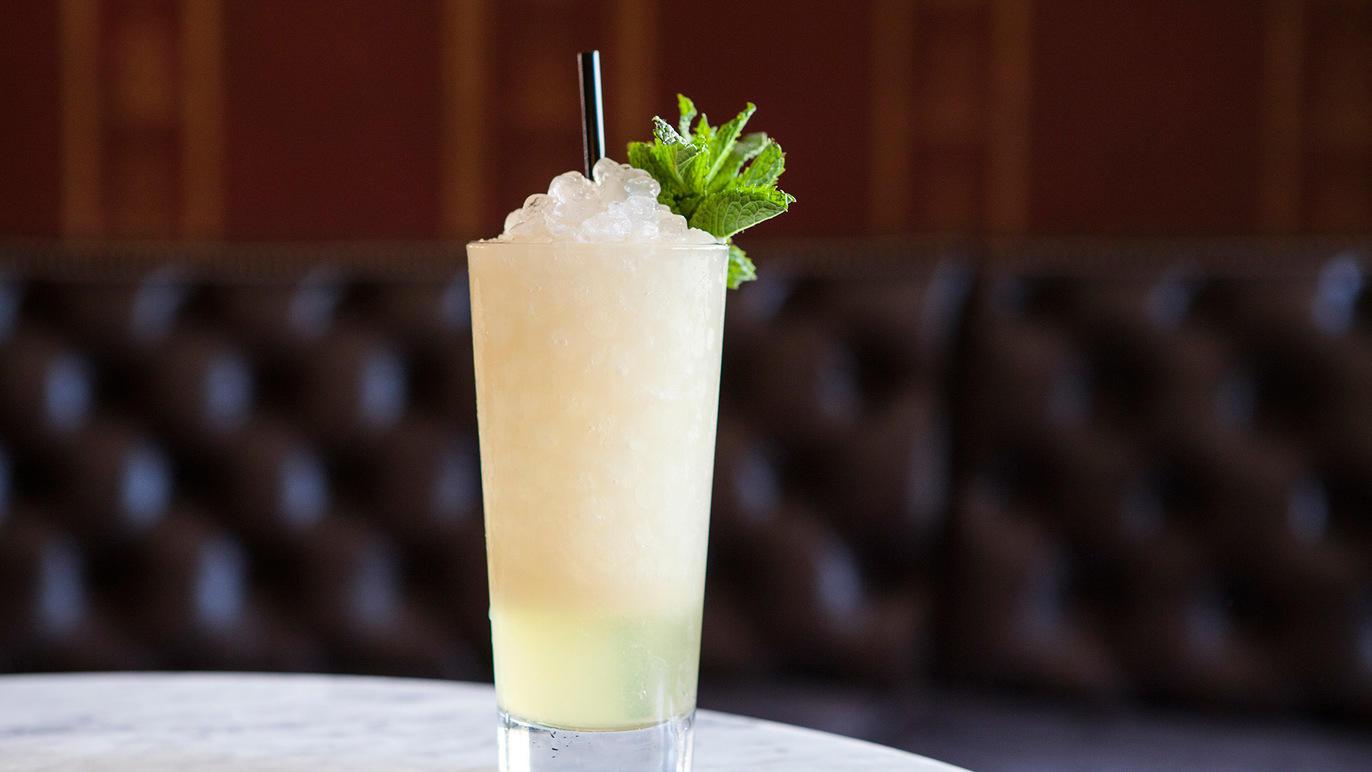 The Royal Swizzle. Photo by Jacob N. Layman from Time Out Los Angeles. 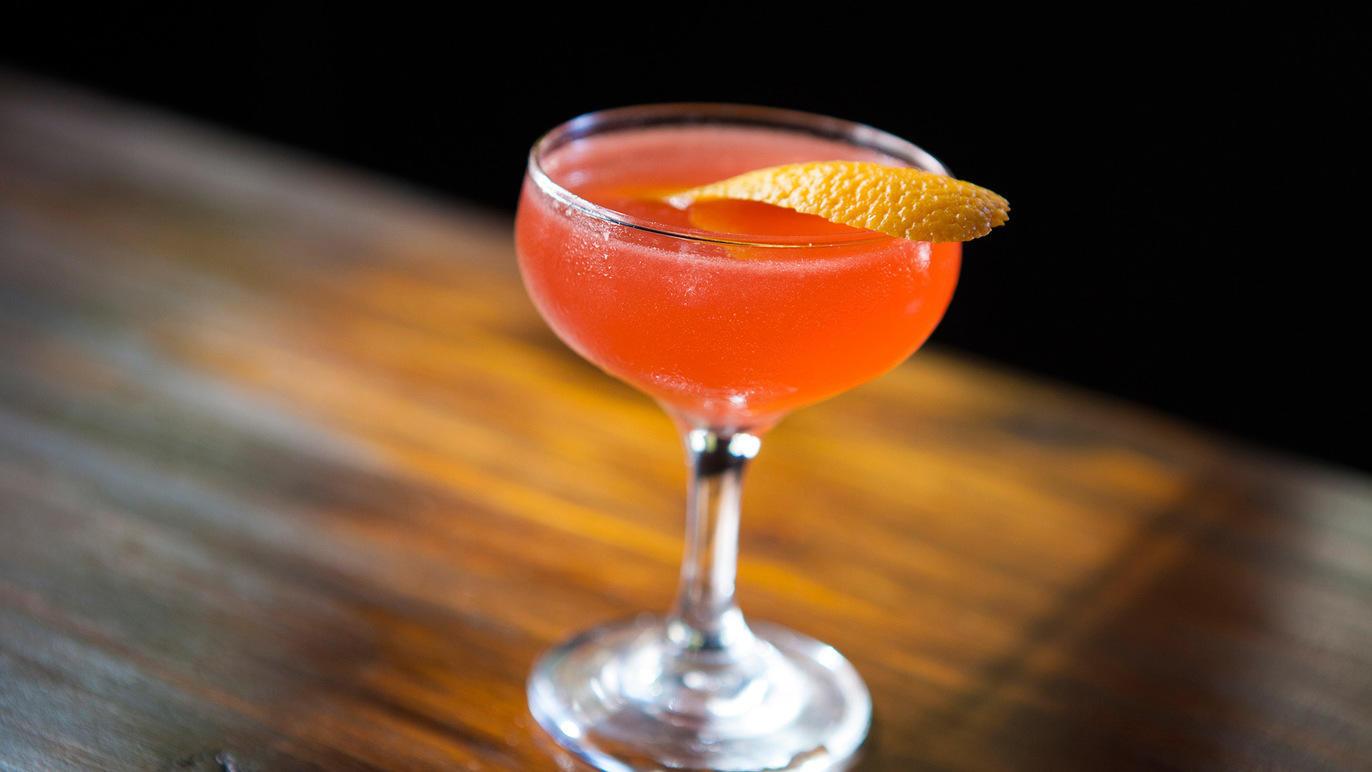 The Professor. Photo by Jacob N. Layman from Time Out Los Angeles.

Wednesday nights at 10pm are “Porch Sessions” where a new artist or band is featured every week. Other than that, DJs run the show until the late-night live bands take over (blues, jazz, harmonicas).

It can be described as “Hollywood-eque” and although not for everyone, it definitely holds some iconic Los Angeleno charms.

Pro tip: if you’re not on that guest list, you better make sure to show up extra early and befriend the doorman. 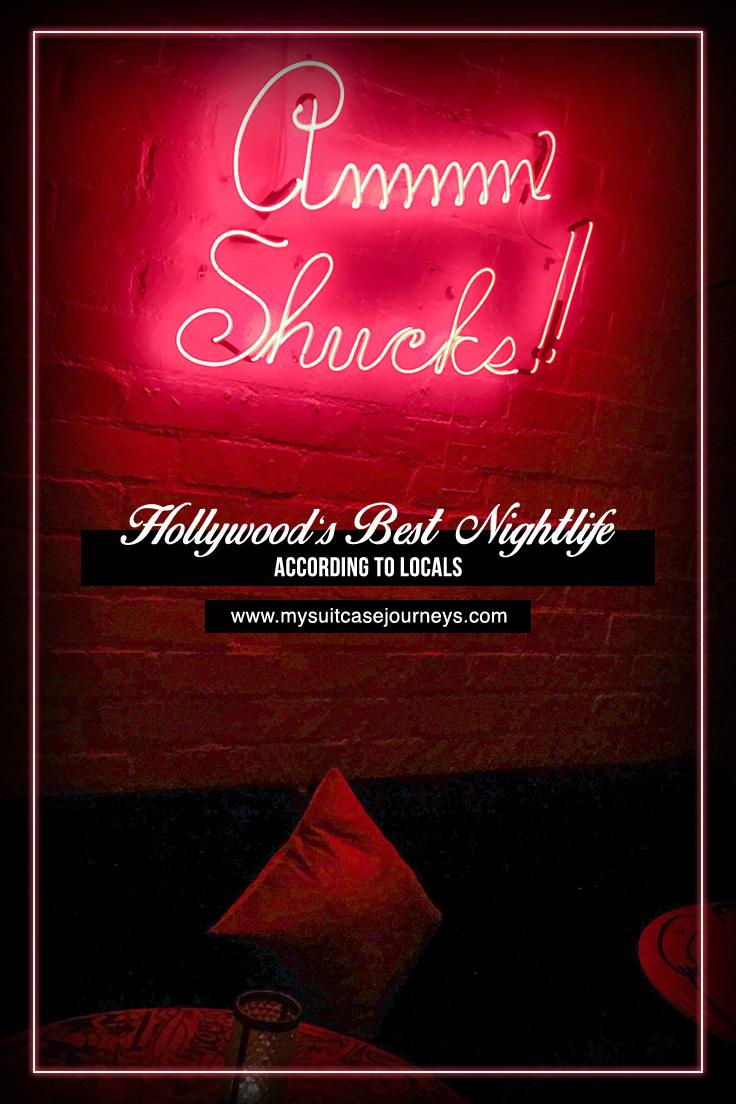 I know it seems that the quality of my photos are getting worse and worse in each post but heck ain’t nobody carrying around a 5lb camera to a bar! And truth be told, when you’re really having fun, you forget to even look at your phone, which is why I didn’t get as many photos as I would’ve liked for this post.

That said, my girlfriend and I were only in LA for two nights hence we didn’t actually hit up any of the Houston brothers bars. I was recommended to this by my Airbnb host – again (thanks Jon!) Everything is based on reviews I’d read online with the three (technically two) highlighted Houston Hospitality bars being the ones I would for sure hit up next time I’m back. I also strongly believe that music is a very personal preference not to mention “fun” and “best “are relative terms. (This is me justifying my clickbait title when this post should really be named “Two Bars/Clubs We Visited + Additional Research from Google”. Hah.) What I like may not necessarily tickle your fancy but worse case scenario, bottoms up and you’ll have a great time regardless.

Ready for your Los Angeles trip? Book a hotel today!

Well, that’s it for this week on Hollywood nightlife. For more “things to do in Los Angeles” or where to stay, check out these below posts: